Obsessed with obsession LAWRENCE O’TOOLE May 2 1983

When Rudolf Nureyev tells Nastassia Kinski in Exposed that he liked her “immenthely” the first time he saw her, it must have been rather difficult for her to keep a straight face. Nureyev has a great, wild and beaten face with a brooding, magnetic presence to match, but when he opens his mouth he becomes a male version of Jean Hagen in Singin' in the Rain—the silent star who speaks with a squeak. Accepting the role of a violinist obsessed with killing the leader (Harvey Keitel) of a French terrorist group was an ill-advised choice for Nureyev, yet he is obviously lisping all the way to the bank. Nor does Kinski fare well in the vocal department. As a young girl from Wisconsin who becomes an overnight success as a New York fashion model, her tones are as midwestern as those of a Turkish seamstress.

Perhaps if James Toback’s dialogue had not been so hopelessly, pretentiously bad, both stars could have surmounted their language problems by coasting on their fabulous faces. But as Nureyev gives Kinski a fashion tip on the use of lipstick, even a vocally gifted actor could not do anything with the line, “Your lips are full and generous without it.” Even if Exposed had not sounded as if it were in a language from another planet, there is still the matter of its implausible plotting. Kinski’s breathtakingly swift Cinderella story

(mugged the first day, waitressing the second, on the cover of Vogue the next) is an adolescent male fantasy of what might happen to a feisty young woman in the big city. Equally puerile is the notion that Nureyev would seek to avenge the death of his father at Auschwitz by wanting to gun down terrorists; the connection is tenuous at best. The terrorists themselves are an improbable collection who seem to have been beamed in from a benign hippie commune of a decade ago. The movie keeps getting unbelievably worse and worse, right up to a laughable finale that strains to be tragic.

Toback, who wrote and directed the acclaimed Fingers and last year’s execrable Love and Money, which had a deservedly brief run, is obsessed with obsession. His script for The Gambler, with James Caan, kept invoking, as does Exposed, Dostoevsky—with a tony ineptitude rightfully the province of a college sophomore who has just discovered existentialism. (Toback himself appears as a pompous professor who quotes Goethe.) His technique as a director is overly portentous and sluggish; each scene is laboriously set up, usually with a long pan of the camera, executed and then wound down, like a curve on a graph. Toback seems to think that slowness is art and that art is characters speaking slowly about their despair. If there is a lesson to be learned from Exposed, it is that angst and talent are not necessarily one and the same thing. LAWRENCE O’TOOLE 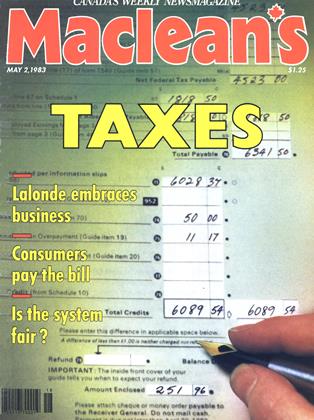