Another death from digoxin JOANN WEBB May 9 1983

The news chilled parents across Eastern Canada: another baby, 6½-month-old Gary Brian Murphy, had died with “elevated digoxin levels” in the cardiac unit of Toronto’s prestigious Hospital for Sick Children. Within 10 hours of the baby’s death the Metro Toronto homicide squad was called in to investigate. Four days later Ontario Health Minister Larry Grossman announced that “extraordinary security measures” had been taken at Sick Kids to allay the fears of other parents with children in the hospital. And, the same day, Gary Murphy’s grieving parents hung a sign outside their home in Bridgeport, Ont., reading DO NOT DISTURB US, PLEASE.

Although no charges were laid, a torrent of questions swirled around the hospital that has been embroiled in controversy since the first indications 25 months ago that babies were being killed in the cardiac unit. The Ontario government last week appointed Vancouver general practitioner Hugh McDonald, who has a degree in hospital administration, to review existing safety procedures. The question now: is a murderer still at large?

In March, 1981, it was revealed that at least seven infant cardiac patients—

the number rose within a year to a possible 28—had been killed with overdoses of an otherwise life-saving drug called digoxin, which is used to slow down the heart.

In March, 1981, nurse Susan Nelles was charged with four of the murders. But last May a provincial court judge ruled that there was nothing to connect her to the deaths beyond her presence on the ward. Intensive and ongoing police investigations, exhaustive research by international forensic experts and one judicial inquiry turned up nothing. But at least the killing stopped—or so it seemed until last week.

At 6:37 p.m. on April 23, one day after the Ontario government had announced a second judicial inquiry into the deaths at Sick Kids, Gary Murphy died. The death prompted renewed concern about the nature of digoxin. The drug is extracted from the dried leaves of the purple foxglove; while its effects have been known for some 200 years, what causes them has never been fully understood. In proper doses digoxin works on a damaged heart’s healthy parts, strengthening contractions. But if administered in excess, it can kill. Some recent studies suggest that previously acceptable doses of the drug can lead to adverse

effects in one case out of four.

If digoxin creates so much uncertainty in treating the living, the confusion is multiplied after death. What is known is that preservatives, such as formaldehyde (a chemical used in preserving bodies after death), in conjunction with body decomposition can quadruple digoxin readings. As well, it has been established that, after death, even properly administered digoxin seeps out of the liver, heart and muscles, raising the level in the blood and distorting the readings. For this reason Toronto Coroner Murray Naiburg cautioned against a hasty conclusion of murder after the preliminary tests were done on Gary Murphy.

But if the medical effects of digoxin are muddied, at least one side effect is all too clear. Since the first revelations of the deaths at Sick Kids and the subsequent association of digoxin with murder, parents of heart-damaged children are acutely concerned. In fact, cardiologists spend considerable time now reassuring parents that, despite what they have read or heard, their children are much more likely to survive with the drug than without it. Until a safer alternative is found for tiny cardiac patients like Gary Murphy, digoxin, with all the fear and uncertainty the name now evokes, is still the only solution. 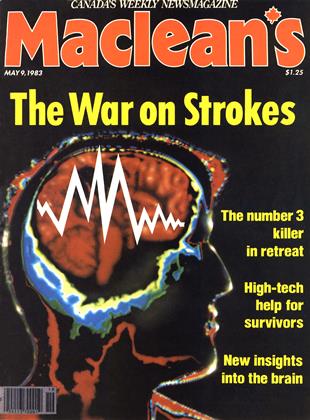