The Orwell industry is upon us and promises to last well into the year. There has been so much written about him that there is a vague possibility someone might actually read him. Given that unlikely prospect, one should attempt to steer the novitiate past the familiar Nineteen Eighty-Four and Animal Farm into the field in which George Orwell excelled: his essays. He never bothered going to university but went to Burma to become a policeman instead, which may have had something to do with his evolving into the finest essayist of his time. If you want to write, become a cop. It’s free advice; take it and run.

Lucidity shines through everything Orwell wrote.

One of the more brilliant things he did was a piece called “Politics and the English Language.” It is contained in In Front of Your Nose, the fourth volume of his Collected Essays, Journalism and Letters. In it he gives about the best six rules ever devised for how to write:

1. Never use a metaphor, simile or other figure of speech which you are used to seeing in print.

2. Never use a long word where a short one will do.

3. If it is possible to cut a word out, always cut it out.

4. Never use the passive where you can use the active.

5. Never use a foreign phrase, a scientific word or a jargon word if you can think of an everyday English equivalent.

6. Break any of these rules sooner than say anything outright barbarous.

Orwell’s essential point is that the reason politicians can’t think clearly is that they can’t write clearly. Their soppy, unintelligible meanderings do not come because they are fuzzy in their minds; their minds are fuzzy because they do not know how to use the language. The fight against bad English, Orwell points out, is not the exclusive concern of writers. The decline of a language, he argues, must ultimately have political and economic causes. By get-

ting rid of bad habits in written English one can think more clearly, and “to think clearly is a necessary first step toward political regeneration.”

Orwell says, “The great enemy of clear language is insincerity.” Those of us who make our living from listening, day after deadly day, to spurious piffle from the tonsils of our elected heroes are authorities on that simple truth. Fred Allen once said you could take all the sincerity in Hollywood and fit it into a gnat’s navel, with enough room left over for an agent’s heart. That would be a good description of the av-

erage speech handed to a cabinet minister by some underling who has graduate degrees in obfuscation, pettifoggery, obscurantism and bafflegab. Orwell tells us that in our age there is no such thing as “keeping out of politics.” “All issues are political issues, and politics itself is a mass of lies, evasions, folly, hatred and schizophrenia,” he says.

The abuse of the word fascism is clear today, but even in 1947 Orwell was writing that the word “now has no meaning except insofar as it signifies ‘something not desirable.’ ” It is hurled across the floor at British Columbia’s Social Credit government. A member of the NDP caucus says that what Premier Bill Bennett is doing to the Opposition could be compared with what Hitler did to the Jews in Europe. Eugene Whelan in the House of Commons pontificates against “racism” when the word he is groping for is “sexism.” President Reagan moves right into Orwell’s Newspeak when he announces that a new killer missile will be officially

called Peacemaker. A former speaker of the B.C. legislature used to plead with members not to hurl “epitaphs” across the floor at each other. Finance Minister Marc Lalonde took Newspeak one step further by adding $200 million to his budget to pretend it wasn’t the same budget that had been clumsily leaked to a TV crew. (Why didn’t he “change” it by adding $10 to it? Or $1? Why didn’t he cut it by $1?)

Orwell’s concern is not for the literary use of language “but merely language as an instrument for expressing and not for concealing or preventing thought.” He shows that political chaos (this was 1947, remember) is connected with the decay of language. He points out that if you simplify your English, when you make a stupid remark its stupidity will be obvious, “even to yourself.” All political language, from all parties, is designed “to make lies sound truthful and murder respectable, and to give an appearance of solidity to pure wind.” The Prime Minister of this land, with his brilliant z mind and Jesuitical cer| tainty, can—and does—in S Question Period make o logic stand on its head and will deny the simplest truth, all in aid of the debating school game that one must never concede anything. Allan MacEachen is the perfect example of Orwell’s case that language is used as an instrument for concealing rather than expressing thought.

One of the reasons the Liberals are going down is because they think they have perfected this trick. It is to them a game, concealing their thoughts and intentions by a smoke screen of words even they do not believe. One denounces wage-and-price controls and then brings them in. One denounces 18-cent gas to defeat the feckless Clarkians and then piles on triple that assessment at the pumps. One promises to retire—and then unretires. The abuse of the language can go on for only so long, and then the public eventually doesn’t believe a single thing you say anymore. Orwell was right. The debasement of language eventually leads to debasement of politics. Because this government doesn’t respect the former, it doesn’t respect the latter either. 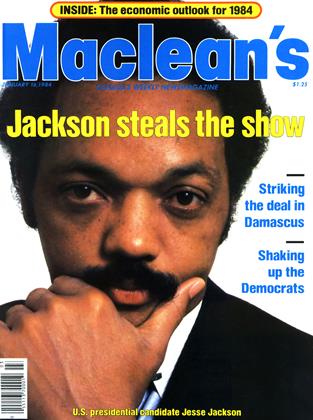