The ominous power of the mythmakers George Bain January 23 1984

If the start of official mythmaking that bothered George Orwell in the writing of Nineteen Eighty-Four ever raised its ugly head here, a watchful, diverse and free press would soon put a stop to it. True? Consider, then, Susan Reisler of the CBC’s The Journal, laying the groundwork for a look at the Prime Minister’s peace mission in an obsequious minidocumentary Dec. 15: “The heat generated by the KAL incident convinced Trudeau he had to do something now. Ronald Reagan called it murder. The Tories echoed Reagan’s views. The Prime Minister appealed for a cooling-off.”

A U.S. state department file, KAL Flight #007: Compilation of Statements and Documents, Sept. 1-16,1983, reveals no significant difference in the quality of response from the Canadian government. Charles M. Lichenstein, alternate U.S. representative at the United Nations, summed up on Sept. 2, “Let us call the crime for what clearly it is: wanton, calculated, deliberate murder.” And the official reaction of Trudeau’s government, delivered by his longtime friend and confidant, Canada’s ambassador, Gérard Pelletier: “The deliberate inflight destruction of this civilian, unarmed, easily identifiable passenger aircraft.. .no matter where it occurred, is nothing short of murder.” Murder was also the term used 10 days later in the Commons by External Affairs Minister Allan MacEachen. Consequently, when Conservative Leader Brian Mulroney, talking with reporters on Sept. 6, referred to “a wilful, cold-blooded act of murder,” the objective truth would seem to be that while perhaps he echoed Reagan, he may also have echoed Trudeau’s government—or even reflected only his own judgment, arrived at in consideration of the same facts as those others.

It was nearly four weeks after the event that Trudeau, in a speech in Sault Ste. Marie, Ont., did one of his famous Simon Says turns and proclaimed the happening an accident. This put the government firmly on both sides of the question—Pelletier and MacEachen were never repudiated—a state of confusion that many in the media (witness Reisler) have accepted complaisantly to help mythologize as constant, statesmanlike purpose.

Susceptibility to myth is rooted in a short attention span and ennui of the critical faculty. Consider this assiduously promoted proposition, here reported by the Halifax Chronicle-Herald: “ ‘External Affairs Minister Allan MacEachen took the peace initiative a big step forward when he convinced NATO foreign ministers to attend [this month’s] disarmament conference in Stockholm,’ Trudeau said.” That, too, has been cast into myth by, as one example among many others, John Hay in Washington for this magazine, in a Dec. 26 assessment of the peace initiative: “Among the successes: NATO’s decision to send foreign ministers to the Stockholm conference next month.” If that is so, the tape of the press conference given by the retiring secretary-general, Joseph Luns, at the close of the conference, shows that he did not see things that way: “The Stockholm conference on security and confidence-building has been discussed. It was decided that ministers will attend.. .a decision that ministers would attend this conference was a proposal by Monsieur Cheysson [the French foreign minister, Claude Cheysson].” Luns’s only reference to Canada was of MacEachen having spoken “in similar context” to the Belgian government on something else.

Is the Canadian influence on representation at Stockholm an officially inspired myth, then, or a case of the secretary-general being beastly to Canadians? If the latter, that would place him on the same footing as those people now enshrined in popular belief as the Prime Minister’s military detractors in Washington. The readily determinable facts of what took place at the seminar conducted by the Center for Inter-American Relations in New York, where the supposed offence took place, present a different picture from that of a lot of Strangeloves with vested interests in maintaining international tension trying to scupper a Canadian peace effort. Persons who were there say there were equally damning, if less spectacularly worded, criticisms of Canada’s contribution to NATO from political as well as military persons, that not all Canadians present vigorously disagreed and that the relationship of what was said was, in any event, tangential to the Trudeau peace initiative. But the myth of the third-level Pentagon pipsqueaks, out to do down peace, lives. 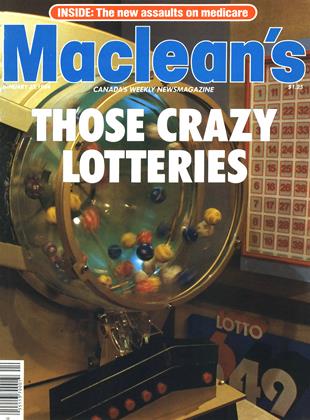