The 11-month dispute has been one of the most acrimonious on the Canadian labor scene. In December the Canada Labour Relations Board ordered Eastern Provincial Airways Ltd. to recall 40 dismissed pilots and to fire 18 nonunion pilots hired during a strike that began last January. It was the second such order in seven months, but last week the company once again declared its intention to appeal. The action will force the dispute into its second year, despite the fact that the company recently had revived its fortunes.

The airline’s dismissal and rehiring procedures are the major unresolved issues in the struggle between EPA’s Gander-based pilots and the airline’s president, Harry Steele. Since he took the airline over in 1978, Steele, a former naval officer, has transformed the 10aircraft regional carrier from a money loser into a thriving operation with his single-minded determination to improve productivity. In fact, since last May EPA has competed successfully in the trans-Canada passenger market, operating in partnership with CP Air.

During the 134-day pilots’ strike last spring, Steele enraged EPA pilots— members of the Canadian Air Line Pilots’ Association—when he replied to union charges that the airline was putting productivity before safety by asking pilots to work longer hours. “Everyone talks about safety this and safety that,” Steele declared. “But what is the difference between a pilot and a poor old CN bus driver?” Steele’s stance prompted association claims that the company had challenged “the union’s right to exist.” Less than a month into the strike the airline started to hire nonunion pilots to maintain partial service. According to association spokesman Capt. Keith Lacey, at that point the striking pilots decided to make rehiring procedures crucial to any settlement.

Following an appeal by the pilots, the Canada Labour Relations Board ruled on May 27 that EPA was guilty of unfair labor practices under the Canada Labour Code for refusing to give returning pilots seniority over the nonunion pilots who had been hired to replace them. As a result, the board ordered the airline to settle the strike and to reinstate the dismissed pilots with their seniority intact. It also told Eastern Provincial to retable a proposed contract that the company had put forward during bar-

gaining in April. Both sides had previously agreed in principal to the proposal, but disagreements over recall provisions had scuttled a resolution.

The company complied with the board order. But according to airline vice-president, Capt. Chester Walker, EPA added a covering note to the contract saying that the company considered that the proposal was retabled conditionally upon the outcome of EPA’s appeal of the labor board’s ruling to the Federal Court of Canada. The pilots fi-

nally accepted the proposal in early June, and, as far as they were concerned, it became a binding contract regardless of the ultimate outcome of the Federal Court action. The back-to-work agreement also complied with the board ruling that the replacement pilots be “demoted, dismissed or transferred.” On June 10 the striking pilots returned to their positions and began a 45-day retraining program while the replacement pilots continued to fly the planes. Said Lacey: “Everyone thought it was over when it was over.”

Then in October, after IV2 days of hearings, the Federal Court of Canada quashed the board’s ruling and ordered

a new hearing into EPA’s dismissals and rehiring procedures. The court found that the labor board had not given the company a fair hearing. Three days after the Federal Court decision, Eastern Provincial announced that it regarded the agreement reached with the union in June as invalid in light of the new ruling. The airline placed telephone calls to 40 unionized pilots, telling them not to report for work. At the same time, EPA demoted an additional 20 senior unionized pilots to first officer sta-

The labor board’s second decision, delivered on Dec. 20, again ordered the airline to table the company’s April contract proposal for collective bargaining—the same proposal that the union argued already was a binding agreement. The board also ordered EPA to once more recall the pilots according to their seniority by Dec. 30 and concluded that both the union and the company had been bargaining in bad faith. The airline’s latest decision to appeal the labor board’s second ruling to the Federal Court means that the dispute will drag on into its second year. 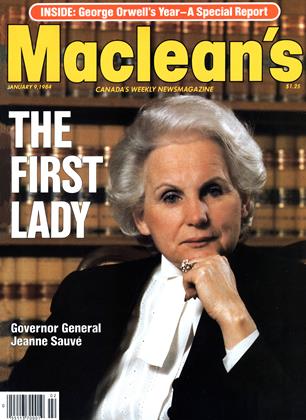