Ten years ago human organ transplants were complex, high-risk operations which only members of the surgical elite would undertake. Now most transplants are routine operations with predictable medical complications. Despite the spectacular advances in transplant surgery, researchers have begun to uncover a surprising array of psychological problems peculiar to transplant recipients. They have found that fear, depression and impotence often quickly follow the initial euphoria of a successful transplant and that some recipients never overcome a sense of being haunted by an alien organ. As a result, as the shortage of organ donors becomes acute, the psychological suitability of potential recipients has developed into a pressing issue. Said Dr. Norman B. Levy, New York Medical College professor of psychiatry, medicine and surgery: “I think the main criterion in assessing recipients should be psychological.”

In Levy’s studies of patients with kidney transplants, he found that 43 per cent of male recipients complain of impotence. As well, curiosity about the identity of donors nags some recipients. Dr. John Price, a Vancouver nephrologist, said that patients tell him about troubling dreams in which they meet the dead donor, and he added that one patient who was about to receive a kidney from a female relative worried about acquiring feminine characteristics. Still other recipients who looked forward to a cure for all their health problems tend to become depressed at the end of what Levy calls the “honeymoon” phase. Declared the psychiatrist: “I think patients need to know the truth about the side effects before the transplants.”

Even the most successful recipients live in continuous fear that their bodies will reject the transplanted organ. And the effects of heavy doses of drugs to suppress the body’s natural rejection mechanism can also lead to severe emotional problems. Levy said that one of the most commonly prescribed immunosuppressants, Prednisone, causes chronic depression in many patients. David Dixon, 44, of Ajax, Ont., who received a heart transplant in 1983, has even written a booklet to help other transplant patients overcome traumas.

For her part, Roberta Simmons, a professor of sociology and psychiatry at the University of Minnesota, has carried out a long-term study of patients who had received kidneys during the period of 1970-73. Simmons declared that one way to minimize postoperative traumas is to provide pretransplant psychological assessment. Said Simmons: “If we know which patients do less well, then we can offer support.” But like other professionals in the field, neither Mount nor Simmons contends that psychological assessment should be used to eliminate potential recipients from the long waiting lists which shortages of donors have caused. Added Simmons: “Some people should not be put through an operation, but we do not have the skills to decide who they are.”

For the researchers who have identified the traumas that afflict transplant recipients, the difficulty of treating them remains a pressing problem. And for the victims of those traumas, the future still holds a private and perplexing struggle. 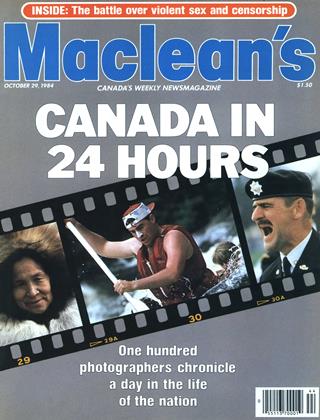