From the time the curtain rose 64 years ago on the Salzburg Music Festival, the annual rite staged to honor Austria’s most distinguished son, Wolfgang Amadeus Mozart, has had its share of scandals and controversies. The world’s most exclusive and famous musical event has featured, along with some of the best-performed music, highstrung performers, warring conductors, partisan critics and scheming impresarios who paraded their egos before tuxedoed music lovers from around the globe. But this season it was the festival organization itself that aroused passion and controversy. An Austrian government report issued last spring accused the organizers of squandering taxpayers’ money on overly lavish productions and of permitting a trade in black market tickets to flourish. Angry Salzburg residents immediately demanded that the festival’s government subsidy of the yearly deficit be withdrawn unless the organizers agreed to mend their highspending ways. According to one local

citizen, Johan Glucksmann, the event had turned into a “milch cow for the music world.”

Such charges instantly brought Salzburg’s top citizens to the festival’s defence. Declared Werner Oppitz, head of the Salzburg State Tourism Board: “The festival is unique so you cannot subject it to normal bookkeeping standards.” But festival officials—faced with allegations of waste contained in the 351page report of the Austrian parliamentary audits court—quickly pledged in future to hold costs down. The court, which examines how government subsidies are spent, found that performers at Salzburg were frequently paid double the fee they could get to conduct at events such as the prestigious Wagner festival at Bayreuth in West Germany. According to the court report performers quaffed real champagne during rehearsals of the festival’s Don Giovanni last year. As well, the court noted that at every rehearsal and performance of another opera a piece of glass worth $500 was smashed to fit the script.

Such extravagance, the court claimed, caused the festival, which runs from mid-August to mid-September, to take a loss of $5 million on last year’s $16million presentation. The court pointed out that the federal administration objected to the deficit in principle and the state of Salzburg had been the real patron of the champagne-swilling singers. Under a long-standing arrangement, 75 per cent of the festival’s losses are made up by subsidies from the state government, the Salzburg municipal government and a local business association.

Still, even though the festival shows a deficit, Salzburg benefits through the influx of some 100,000 music lovers, most of them big-time spenders, who patronize the priciest hotels, restaurants and stores when they are not attending one of the festival’s 130 performances. Said Oppitz: “I know it sounds as if Salzburg is being soaked, but the town lives for Mozart and does not mind.” Added Wolfgang Gehmacher, a member of the festival’s executive committee and another strong defender of high spending at Salzburg: “If you want to attract the finest artists and an elite audience to what is generally accepted as the world’s best festival, you must spare no expense. As for so-called waste, I would call it more a case of maintaining artists in the grand tradition.”

Many festival regulars disagree with Gehmacher. Said Marion Kalter, an Austrian-born American who attends the festival every year: “You can cut the frills without losing quality. Besides, performers fight to appear at Salzburg and they would not be deterred by more modest fees.” For their part, festival staffers deny that Salzburg’s payment to performers is excessive. But they re-

fuse to reveal the fees paid to this year’s stars, among them the legendary Austrian-born conductor Herbert von Karajan, on the grounds that it would be “indelicate” to mention money in view of the current controversy. But sources close to the festival say that some stars such as Luciano Pavarotti have received as much as $20,000 for a single performance, about double what he would be paid in Canada.

One issue that even the festival’s most ardent defenders admit to being uneasy about is the sale of black market tickets. In its report, the audits court charged that the 4,000 “service” tickets, usually given to press and festival staff, for last year’s performances ended up in the hands of scalpers. But the biggest traffic in tickets—prices range from $3.50 to $150—involves seats obtained by scalpers at the box office and then resold to latecomers to the festival at five to 10 times their value. The Salzburg press reported that one American, wanting a commanding view of this year’s opera Cosi fan tutte, paid a scalper $675. Said a member of the festival’s press bureau: “The essential problem is that we could sell three times more tickets than we issue.”

For most of the 140,000 residents of Salzburg, ticket prices—black market or otherwise—have in recent years put all but the cheap seats beyond their pocketbook, making it impossible for them to attend a festival whose losses they are expected to cover. Complained one fan: “Like somebody 1,000 miles away, I listen to Salzburg on the radio.” Salzburg locals also grumble that festival patrons have them on the outermost fringes of the intense, high-powered social whirl around the festival.

Mindful of such complaints, the organizers hinted that they were prepared to make more middle-ranged seats available to Salzburg residents at next year’s festival. They also predicted that a new box office computer they had installed after this year’s event would eliminate professional scalpers by recording the names of buyers and putting a limit on tickets sold to individuals. Said a festival official: “The stink about overspending and black market practices has evidently forced us to reappraise the whole picture.” He vowed that the public could certainly “count on our stopping the scalpers and holding fees and production costs next year down to at least the 1984 level.”

Less certain was whether performers and their rich devotees, accustomed to the high life in Salzburg, would tolerate an economy drive next season. Such an austerity could very well inflict on the festival a fate similar to that of the composer whose glory Salzburg so richly celebrates. Mozart ran out of backers and died, a pauper, at the age of 35. 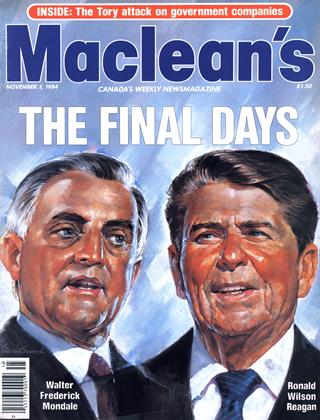