The battle has been, by turns, both hostile and creative. Since Canada’s political leaders hammered out an agreement on a new constitution two years ago, Indian, Inuit and Métis groups have fought to have a full statement of their rights entrenched in the document. Then last week native leaders from across Canada, meeting for talks in Yellowknife with the federal and provincial justice ministers, agreed on a ringing declaration of fundamental rights. But the meeting also generated a heated controversy over another development that could, in fact, delay a resolution of the constitutional issue by dividing the native peoples—two tentative agreements between Ottawa and northern natives that would “extinguish” some of the very rights the natives are seeking to have constitutionally entrenched.

Officially, the purpose of the Yellowknife meeting was to decide on preliminary definitions of native rights as a basis for discussion at a federal-provincial conference of first ministers scheduled for Ottawa in March. But attention quickly shifted to the proposed settlements between Ottawa and native groups in the Northwest Territories and the Yukon, under which the native peoples would receive multimillion-dollar settlements and title to thousands of acres of land in return for accepting the

abandonment of aboriginal rights to their larger, historic territories. Said Stephen Kakswi, president of the Dene Nation, which represents treaty and nontreaty Indians and the Métis of the western Northwest Territories: “It is hypocritical of the federal government to insist that aboriginal rights be extinguished when at the same time the Prime Minister has embarked on discussions at the highest political level... to determine what are the rights of the aboriginal people.”

Nor did the native leaders accept a suggestion by federal Justice Minister Mark MacGuigan, who acted as conference chairman, that the extinguishing of aboriginal claims is a fair exchange for settlements involving large amounts of money and land. Declared David Ahenakew, national chief of the Assembly of First Nations, which represents about 300,000 treaty Indians in Canada: “The fact of the matter is that Canada and Canadians can never give us anything that is not already ours.”

The proposed land claims settlements divided native groups that have claims to the same land and angered the Yukon government. The Dene people were alarmed over the settlement initialled in December by the Committee for Original Peoples’ Entitlement (COPE), which represents some 2,500 Inuvialuit in the Mackenzie delta and northern

Yukon. That settlement, if formally enacted, would give the Inuvialuit $152 million in cash over 12 years and title to 35,000 square miles of land as well as subsurface rights to specified lands and a 10-per-cent bidding advantage on government contracts in the area. In return, the Inuvialuit would give up any further claims to their traditional lands—which include territory historically used by the Dene.

A second controversial agreement in principle was initialled last week by federal Indian Affairs and Northern Development Minister John Munro, who flew from Yellowknife for an allday meeting in Whitehorse with 12 Yukon band leaders. In return for extinguishing aboriginal claims, the agreement would give Yukon natives a $620million cash settlement and 7,600 acres of land along with subsurface land rights and bidding privileges similar to those included in the COPE settlement. Already alarmed over the terms of the COPE settlement, which affects part of the Yukon North Slope, the Yukon territorial government refused to sign, leaving the status of the agreement up in the air as Munro returned to Ottawa.

At the same time, the Yellowknife meeting did produce a formulation of the kind of legal, economic, cultural and social rights that Canada’s native peoples would like to see entrenched in the Constitution. A key passage in the draft statement declared that “the aboriginal peoples of Canada are entitled to sufficient areas of land and water, for their use and benefit, to participate in environmental management, and to appropriate resources as a basis for self-sufficiency and the development of native communities and economies and to institutions of self-government within the Canadian federation.” Native leaders feared that settlements extinguishing the aboriginal rights could render any such constitutional vision meaningless, but Yukon government officials wondered whether the opposite might happen. They pointed out that the proposed COPE settlement specifically states that nothing in the agreement would prevent the Inuvialuit from benefiting from subsequent constitutional guarantees. Willard Phelps, land claims negotiator for the Yukon government, expressed concern that in the future the native people could once again claim rights that supposedly had been extinguished. “There is no way that one can in good faith try to sell an agreement in the Yukon if it is open-ended,” said Phelps. “Finality is a critical part of the package.” That is a sentiment that the leaders of Canada’s native peoples, in their long struggle for justice, wholeheartedly endorse. 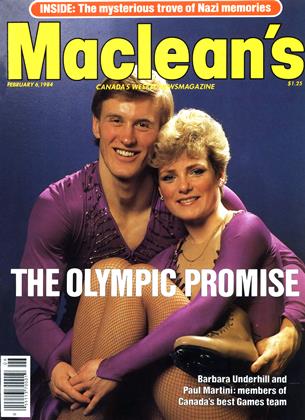