In the early 1500s, when the greedy Spanish conquistadors arrived in present-day Costa Rica, their hopes for riches were soon dashed. Instead of kingdoms full of gold, they found simple tribespeople scattered through arid plains and dense jungle. To the Spanish, the natives’ brightly painted ceramic jars and carved stone tables paled when compared to the monumental pyramids and gold figures of Mexico’s Mayans and Aztecs. Disinterest in the art of the region has persisted through the centuries. Now that is changing: last week marked the opening at Calgary’s Glenbow Museum of Between Continents/Between Seas: Precolumbian Art of Costa Rica. The ambitious show removes the region’s native art from the shadow of its more heralded neighbors, and reveals a culture that was complex, skilled and rich in imagination.

At first, the sheer magnitude of the exhibition seems intimidating. Organized by the Detroit Institute of Arts and the government of Costa Rica, the show brings together a thousand years of ceramic, gold, jade and stone artifacts—a total of more than 300 ob-

jects—to introduce works from the preColumbian period (500 BC to AD 1650). A highly technical catalogue, long explanatory labels and mazelike rows of glass wall cases leave visitors feeling overwhelmed. But the compelling and enigmatic beauty of the works themselves ultimately infuses viewers with a sense of wonder.

Many of the show’s pieces are simply unforgettable. A golden two-headed figure seems to be dancing to the music of his own flutes; on closer inspection he is grimacing, because the objects in his mouth are in fact deadly serpents. Undoubtedly, the precious gold works from the Diquis jungle region are the highlights. The objects are both humorous and grotesque. An alligator-man pendant depicts a figure sporting a reptilian mask with three bug-eyed monkeys resting on his head and arms and two serpents coiling from his mouth. The figure is both haunting and enchanting.

The region’s pre-Columbian craftsmen did not develop their distinctive art in isolation but borrowed from the more sophisticated cultures to the north and south. The finely tooled jade work from Nicoya is similar to crafts from the same period found in Honduras and Mexico. Makers of the gold pendants from the Diquis region imitated the metal-working processes of the ancient peoples of Panama. But the rich, mythical imagery of the works on display, in which serpents, alligators, eagles and men spring from gleaming gold and burnished stone into dancing life, marks them as utterly original.

The most striking thing about the show is that despite the simplicity of that ancient culture, it produced objects as beautiful as its more advanced neighbors. One of the oldest pieces in the exhibit, a globular jar from Nicoya (500 BC to AD 100), gained its elegant design without its maker using a potter’s wheel. The craftsman imbued the rounded mass with a sense of weightlessness by engraving the red surface with soaring vertical lines. Other human-shaped vessels that appeared in Nicoya 400 years later show the development of the potter’s art: brilliant ochres, reds and blacks transform the moulded pots into detailed caricatures of village elders, women and warriors.

As visitors leave the exhibition they confront a chest-high stone sphere. A native artisan painstakingly fashioned it to represent the moon, the sun or perhaps the cycle of life. Its specific meaning remains a mystery. Like the other works of the pre-Columbian people, the stone puzzles and delights the modern imagination. After centuries of neglect, Costa Rica’s treasures are forcing a reappraisal of the true wealth of the New World. -SHONA MCKAY 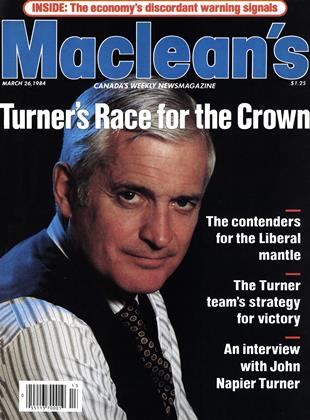