The Natural, adapted from Bernard Malamud’s allegorical baseball novel, falls afoul. The book, which used the game as a metaphor for American achievement, dealt with mythmaking in a sourly ironic way. As Malamud wrote it, the decline of Roy Hobbs from a prodigious young pitcher to a longin-the-tooth hitter who had one last crack at glory was relentless.

When Hobbs redeemed himself at bat, in the eyes of the public and those he cared for, he had already paid an enormous personal price.

But the movie, a manipulative piece of fake inspiration, totally whitewashes that pessimistic perspective. Director Barry Levinson and his screenwriters have concocted a happy ending in which Hobbs (Robert Redford) frolics in a bucolic setting with his sweetheart and her son.

Essentially, Malamud spun a fable in which good battled evil. There was always a clearly defined sense of right and wrong. Within that world of contrasts was Hobbs, the human figure in a mythic setting with archetypal characters.

In The Natural Levinson and his crew overdo the fable-like quality, and the story becomes ludicrous. Starting with the prelude, they miss the tone. Young Roy Hobbs’s father dies, apparently of a heart attack, under a tree. When lightning strikes the same tree, the boy makes a bat out of the exposed wood and then brands the phrase “Wonderboy” onto it. The film jumps ahead six years, and Hobbs is an unknown pitcher who strikes out a famous player known as the Whammer (Joe Don Baker). Later, on a train, the Whammer’s girlfriend (Barbara Hershey) scoffs at Hobbs’s desire to “be the best there ever was” and, inexplicably, shoots him and then kills herself. Hobbs never recovers from the

trauma of the incident and 16 years later he shows up at the dugout of the underdog New York Knights, carrying a low-paying contract.

What the moviemakers fail to emphasize in The Natural is the root of Hobbs’s sorrow. The man has had no personal vision and he has been too attentive to what other people think about him. He has not looked outside

his talent and into himself. When he does, and starts pulling the Knights out of the doldrums, his life takes on meaning. As a modern Christ figure— even Malamud himself went too far on that account—Hobbs has an incredible number of obstacles in his path. The manager of the Knights, Pop Fisher (Wilford Brimley), alienates him from the start. A character called the Judge (Robert Prosky), who is trying to wrest ownership of the team from Fisher, tries to bribe Hobbs. A journalist, Max Mercy (Robert Duvall), harbors a vi-

cious but apparently unmotivated grudge against the former Wonderboy. A rich bookie with a glass eye (Darren McGavin) sets his girlfriend, Memo Paris (Kim Basinger), on Hobbs to tempt him away from righteousness. When Hobbs becomes involved with her, his performance on the diamond slackens. But his former girlfriend, Iris (Glenn Close), shows up at a game during one of his worst days. When she rises from her seat and a halo frames her head as Hobbs hits a homer, even the least discriminating viewer must rebel.

There is little that good actors can do in such roles. Mercy offers no range for Duvall, and Close, although radiant, has to speak embarrassing lines. Basinger is certainly animated but she seems to have no idea who or what she is supposed to play. McGavin and Prosky take their Bmovie mannerisms out of mothballs and hope for the best. Redford, who is in practically every shot and for whom The Natural seems to be a vanity production, is as expressive as a potato. When he says, “God, I love baseball,” he might as well be saying, “Gee, I like soda pop,” for all the passion he puts behind it.

Director Barry Levinson, who made an astonishing debut with Diner, directs obviously, fussily and without a shred of taste. Each shot, richly composed by cinematographer Caleb Deschanel, is almost too poetic. Levinson is never content merely to tell a story, leaving the suspicion that he does not like the material. The script is one shockingly drab line after another, and nothing in the expensive 1930s period design can cover up the shabbiness of the moviemaking. As soon as there is a highly emotional scene or one in which the fate of the baseball team hangs in the balance, the moviemakers turn up the sound. That is not so much storytelling as it is seeking knee-jerk responses. 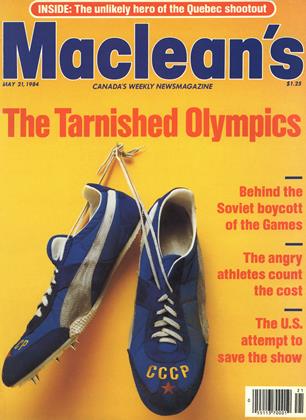