Gerald Le Dain has always been Prime Minister Trudeau’s kind of lawyer: a Montreal-born, bilingual constitutional scholar who enjoyed applying textbook law to the social and political issues of the day. As a result, it was natural that Trudeau asked Le Dain to head a controversial 1969 royal commission on the nonmedical use of drugs and later named him to the Federal Court of Appeal of Canada. Last week Trudeau again turned to Le Dain when he promoted him to the Supreme Court of Canada, to join the other eight justices in the historic task of defining the scope of the Charter of Rights and Freedoms.

Le Dain, 59, first came to national prominence as chairman of the study on street drugs, and his commission made headlines when it proposed that possession of marijuana should be punishable only by fines, not prison sentences. Parliament never enacted that controversial change, but ever since the 1970 recommendations were issued judges have tended to treat simple possession cases mildly—restricting imprisonment to trafficking. He resumed teaching at Toronto’s Osgoode Hall Law School and then joined the Federal Court of Appeal in 1975 and established a reputation among lawyers as a gentlemanly, moderately liberal judge with a vast command of both the common law and the civil law of Quebec, where he had been a student and then teacher at McGill University and a constitutional adviser to the provincial Liberal government in the 1960s.

Le Dain fills the Supreme Court vacancy caused by the March 26 death of Chief Justice Bora Laskin and the elevation of Brian Dickson to chief justice. It is one of the three places on the court traditionally held by Ontario judges, although Le Dain only joined the Ontario bar in 1968. Chief Justice Dickson called Le Dain “very well qualified, fluently bilingual, a hard worker and a fine scholar.” Like Laskin, Le Dain brings an academic background to the bench. But some lawyers consider him to be more of a traditionalist than Laskin. Said Toronto lawyer Gordon Henderson, a veteran of Supreme Court cases: “He deals with constitutional issues from a historical aspect. Laskin was a futurist.” And as one of the Supreme Court’s nine judges, Le Dain now has his own chance to make HISTORY.-JOHN HAY in Ottawa. 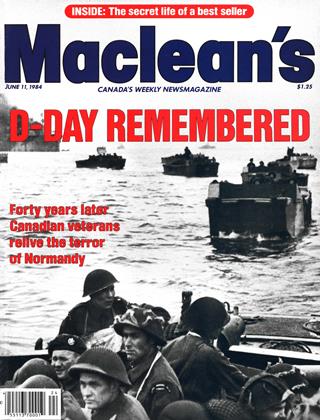