Stevie Wonder’s In Square Circle was delayed so many times that even his record company began making jokes about “Wonder when.” But his first solo studio album in five years is well worth the wait. Richer and more varied than his two preceding albums, the highly crafted pop-soul collection serves as a reminder of Wonder’s stature in popular music. His acute melodic sense is apparent on the ballad Whereabouts, with its enchanted refrain. And Never in Your Sun contains simple but heartfelt lyrics about two starry-eyed lovers. Wonder has at times been guilty of sentimentality, but he avoids it on the new album. He ridicules Hollywood materialism and criticizes South Africa’s apartheid. But his eloquence lies more in rich musical textures than in hard-hitting lyrics. Overjoyed, which features what he calls “environmental percussion”—crickets, birds, pebbles dropping into a pond—best demonstrates Wonder’s artistic vision. Bubbling over with ecstasy amid lush sounds, he creates rare magical moments. For those who have long been expecting another Wonder classic, patience has been rewarded.

With their stirring three-part harmonies and witty feminist lyrics, The Roches became the darlings of the folk music scene during the late 1970s. The three sisters, Maggie, Terre and Suzzy, delighted listeners with intricately sung verses about waitressing, lost love and married men. Their return to recording after a three-year absence should be cause for celebration. But on Another World The Roches appear lost in musical limbo. Walloping synthesized drums spoil the title track, while The Angry Angry Man has none of the sarcasm that characterized the sisters’ earlier work. Only Older Girls succeeds, with its sardonic talk of broken marriages and bulging waistlines. Their harmonic charms are still intact but, sadly, The Roches’ comedic tools have lost their cutting edge. 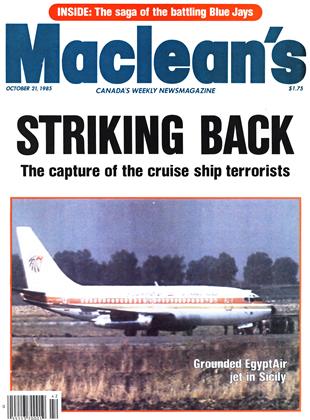