With his third novel, The Life of Hope, Paul Quarrington ushers a new sideshow of eccentric characters into the circus tent of Canadian humor writing. The setting is the tiny and fictitious town of Hope, Ont., haunted by the ghosts of its libertine forefathers. The narrator is a Toronto

novelist named Paul who embarks on a drunken exploration of the town’s licentious past. Since Quarrington’s last novel, Home Game, he has pared down his whimsical style so that fewer words carry more weight. Still, the whole confection is lighter than air, floating above reality with no higher purpose than fun and mischief.

The story begins with Paul fleeing the city on the eve of his 30th birthday to work on his second novel in Hope, where a friend has loaned him a house. Neglecting his duties at the typewriter, Paul becomes a patron of a bar called Willing Mind and develops a fascination for the local residents. They include a

homosexual Indian who has visions and seizures, a ventriloquist barman named Big Bernie, a barmaid with loose morals and unharnessed breasts and a 200year-old talking fish known as 01’ Mossback who eats birds for breakfast.

Except for the fish and the Indian, most of Hope’s residents appear to be descendants of a religious sect called the Perfectionist Free Church. Its leader was the town’s founder, Joseph Benton Hope, who preached an unorthodox doctrine of nudism and free love before meeting a mysterious and violent death in 1889. A statue in the town square depicts him in a conspicuously erect stance—for Hope sexual arousal was a direct expression of the Holy Spirit. Paul is intrigued. Revelling in the lucidity of his alcoholic haze, he delves into the town archives to investigate the secrets of Joseph’s life and death. The chapters skip back and forth between Paul’s ribald exploits and a mock history of Joseph’s debauched romp through the 19th century. What links the two stories is the perennial hunt for the elusive 01’ Mossback. And fishing serves as the book’s central metaphor. As the Indian, Jonathan Whitecrow, observes, “When one is a fish, it’s a dog-eat-dog world.”

Quarrington likes to play the literary saboteur. And for much of the novel his pranks make for enjoyable reading. Toward the end, however, the jokes wear thin and the plot falls short of its promise. It is as if the novelist has blithely painted himself into a corner. The final target of his satire could well be literature itself. In one scene, Paul’s professor friend invites his female students to a lakeside seminar to discuss “the modern novel and its purpose in a world that’s about to be nuked into nothingness.” The session evolves into an orgy. With The Life of Hope, Quarrington demonstrates that although the modern novel may have no future, it can still be a source of considerable fun. 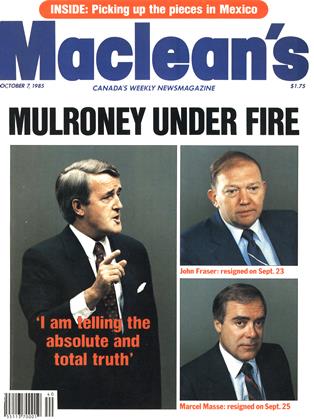