An apology from a bank MICHAEL SALTER December 23 1985

For 90 minutes last week Donald Fullerton, chairman of Toronto-based Canadian Imperial Bank of Commerce (CIBC), and David Barrett, the bank’s Ontario vice-president for consumer branches, defended themselves before an all-party procedural affairs committee of the Ontario legislature against assertions that the bank had violated the rights of an MPP. The reason for the inquiry: on Nov. 25 David Reville, a New Democratic MPP, received a letter from Barrett informing him that because he had participated in two demonstrations staged by striking CIBC Visa department workers the bank had closed and refunded his accounts. Barrett also demanded repayment of Reville’s $10,000 personal loan. After Reville read the letter in the legislature on Nov. 26, Fullerton immediately apologized to Reville and reinstated his accounts and loan.

And last week, before the committee adjourned to make its decision, Fullerton reiterated that the bank had “made an error in judgment.” Still, the CIBC showed no sign of softening its stand in the increasingly bitter strike for a first contract launched on June 12. The participants are 157 employees who belong to the 1,139-member Union of Bank Employees (UBE) and work at the bank’s charge-card centre in Toronto. When the two sides returned to the bargaining table last week for the first time since the strike began, the talks broke off after three days because of a disagreement over wages.

Labor regards the CIBC strike as a major test of its ability to break into the traditionally nonunion service sector. Indeed, the 135,000-member United Auto Workers-Canada, is helping the bank union to organize the strike and the two-million member Canadian Labour Congress is giving the strikers $300 per week in tax-free strike pay. And 46 workers in the ClBC’s Toronto mailroom, who walked out on Sept. 18, are receiving the same amount.

The UBE’S tactics indicate how tough the fight has been. Strikers have tried to jam telephone lines at the Visa centre with 20,000 calls a day. And during regular demonstrations at CIBC branches in Toronto, the strikers have disrupted service by depositing small sums in newly opened accounts.

In trying to win a lucrative contract with the CIBC, labor faces an uphill struggle. The CIBC, which in fiscal 1985 earned a record profit of $361 million on revenue of $7.9 billion, has consistently refused to pay its unionized employees more than its other staff. Said Everett McCrimmon, the ClBC’s public

relations manager: “This is just a union campaign for new members.”

The CIBC has a long history of resisting unionization among its 33,500 employees and 1,560 branches—only seven of which are organized. In January, 1978, Fullerton, then the ClBC’s president, wrote a memo to his managers telling them to resist “to the fullest extent possible” the UBE and other unions. In November, 1979, the Canada

Labour Relations Board said that the CIBC had carried out a campaign “designed to discourage its employees from exercising their right” to organize. On the board’s instructions Fullerton sent a written retraction of the bank’s actions to its employees.

So far, labor has been largely unsuccessful in its efforts to organize the banks. Only 64 branches—with about one per cent of Canada’s 147,000 bank employees—are unionized. One problem is that small branches are difficult to organize. That is why labor is determined to win a landmark settlement with the ClBC’s Visa workers. Said Len Ruel, the CLC’s acting director of organization for Ontario: “If we are going to make inroads, it has to be here.” 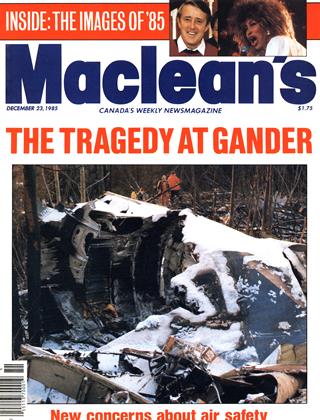