Industry Minister Sinclair Stevens appeared at a Toronto news conference last week with a triumphant grin—and some Christmas cheer for Ontario autoworkers. In a joint statement, Stevens and Tadashi Kume, president of Japan’s Honda Motor Co. Ltd., unveiled plans for the automaker to double its production—and its $100-million investment—at a car assembly plant now under construction near Alliston, Ont., 80 km northwest of Toronto. The announcement capped a remarkable year in which three Asian automakers—Honda, Japan’s Toyota Motor Corp. and South Korea’s Hyundai Motor Co.—committed almost $1 billion to building Canadian assembly plants. Said Stevens: “We have made it clear to foreign investors that we are open for business.” Added Kume: “We have become more confident than ever in the strong demand for our products in Canada.”

The announcement was a vindication for Stevens, who has stubbornly maintained that Japanese car manufacturers must invest in Canada or face government restriction on the import of cars and trucks. Both Canada and the United States imposed quotas on Japanese automakers in 1981. In March Washington lifted its quotas, but Stevens said he would limit Japanese automakers to 18 per cent of Canadian sales, or about 190,000 vehicles worth an estimated $2.1 billion, this year. Earlier this month Toyota unveiled plans for a $400-million plant near Cambridge, Ont., 100 km southwest of Toronto. And last month, Hyundai announced that it would construct a $300-million plant in Quebec’s Eastern Townships. Said Stevens: “I think the quotas alerted the Japanese to the fact that they have benefited from our market for 20 years, even though they were making no investment.”

Honda’s Alliston plant will employ 700 people and produce 80,000 Honda Accord and Civic models by 1989. Those models will contain only 20 per cent Canadian components. But Kume said the company will “work toward” achieving Canadian content requirements under the Canada-U.S. auto pact, which would give it duty-free access to the giant U.S market. Said Kume: “One of Honda’s most basic philosophies is to contribute to the local society where we operate.” Added Stevens: “It is quite a turnaround.” 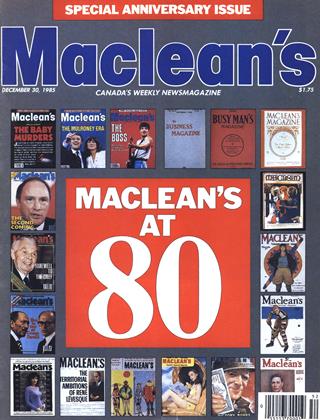