By nightfall the towns and cities of western Iran were empty, as residents fled Iraqi missiles and artillery shells. Across the border in Basra, Iraq’s second-largest city, residents scrambled into homemade bomb shelters as air-raid sirens wailed. “People are worried,” said an anxious Iranian banker in Ahvas. “If they have the mon-

ey to get out, they go. Only those who cannot afford it stay behind.”

Indeed, the casualty toll in the bitter Persian Gulf War rose dramatically last week. In addition to attacks on border cities, there were missile raids on the capital cities of Tehran and Baghdad, an Iranian ground offensive in the Hawizah marshes east of the Tigris River and new charges of chemical warfare. Iraqi dispatches said “thousands of Iranian corpses” littered the battlefields. Iran claimed some 700 enemy soldiers killed, but said that more than 1,000 of its own citizens had died from Iraq’s bombardments. Declared a despondent Paul Lusaka, the Zambian diplomat who presides over the United Nations General Assembly, during a mission to the Gulf state of Bahrain: “I can see only escalation and I can’t see hope.”

ing the high-rise headquarters of the Rafidain Bank in downtown Baghdad.

Indeed, there was speculation last week that Iraq’s raids were designed to provoke Iran into launching a ground offensive against its reinforced defences at the head of the Persian Gulf. When

the Iranian attack came—the first in 13 months—the Iraqis claimed to have repulsed the invasion. But Tehran, insisting that its full offensive had not begun, later said its troops would not be lured into an Iraqi trap. As fighting in the marshes continued, Iran charged that Iraq had fired artillery shells containing chemicals. Iraqi officials refused comment, but last year UN-appointed

experts found that Iranian soldiers had suffered the symptoms of mustard and nerve gas exposure.

By week’s end, diplomats held out little hope for a truce, and even that would not resolve the larger issue of ending the war. Although Iraq has frequently signalled interest in ending the conflict, Iran is adamant that a settlement must include the removal of Iraqi President Saddam Hussein—an unacceptable condition for Baghdad. Some observers have suggested that the UN’s official Gulf War mediator, Swedish Prime Minister Olof Palme, might undertake a new peace mission. But, given current hard lines, the chance of success seems remote. “You have to prepare the groundwork,” conceded one high-level UN official recently. “You can’t ask Palme to jump into a dry hole.” 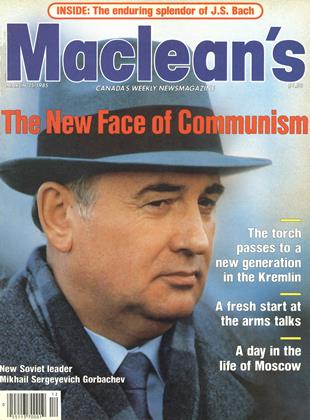