Most first novelists are fortunate if they win lukewarm recognition as promising writers. But with The Glass Mountain, Montreal’s S.L. Sparling has emerged as a novelist of warm humanity and considerable insight. Based on her prize-winning short story, “The Chinese Coat,” the novel

tackles the common contemporary condition known as emotional alienation. Sensitive and psychologically astute, Sparling may well grow into one of the country’s most respected writers.

The title of the novel comes from a fairy tale in which an enchanted princess is trapped on a glass mountain that no man is able to climb. That predica-, ment parallels the life of 37-year-old Chloe, who is suffering a nervous breakdown in a Montreal mental home. On the

surface Chloe would seem to have little reason for despair: she is beautiful, has enough money to live independently and is a moderately successful concert pianist. But, as the novel gradually reveals, she has drifted through her life in a trance of emotional noninvolvement. Her rich, globe-trotting parents raised her with loveless propriety, shunting her off to summer camp whenever possible and showing little interest in her passion for the piano. In the first of several affecting flashbacks that form the bulk of the novel, Chloe’s chilly home life forces her at the age of 10 to flee to her grandmother in New York. There she meets her cousin, Cosimo, a flamboyant homosexual sculptor who provides Chloe with the first real friendship of her life.

Sparling tells the story of Chloe’s search for love entirely from her heroine’s point of view. For that reason, The Glass Mountain is largely a novel of observation: Chloe does not tend to interact deeply with those around her, but she watches them intently. That situation might have produced rather cold, unsympathetic fiction. But Sparling has skilfully endowed Chloe with considerable humanity: she can often see who is deserving of empathy, even though she may be unable to embrace them totally herself. Chloe develops a secret sisterly affection for Hector, a young diabetic violinist who has fallen in love with her. Sparling’s description of their time together at music camp sparkles with all the sensations and confusions of adolescent passion.

Chloe also has a keen eye for fools —although she seems unable to resist their romantic advances. She attaches herself to Kurt, a self-centred pianist, and, in a series of poignant scenes, is witness to his bitter failure in New York. She leaves him for her music professor, the most likable of her lovers, whom she inexplicably gives up for Laurence, an insensitive, sex-starved boor. By that point Chloe has become a textbook example of a mistreated child who grows into a chronic masochist: she seems incapable of choosing a path that leads to happiness.

Sparling intends Chloe’s breakdown to provide her with an avenue of escape and recovery from her isolation and self-punishment. But in the final chapters she fails to establish a convincing link between the scenes in the mental hospital and Chloe’s past life. That failure occurs largely because Chloe’s affection for Cosimo—whose death triggers her collapse—is shallow and unconvincing. The ending is a small disappointment in a novel that shines with rare sensitivity, announcing the impressive arrival of a unique and engrossing talent. 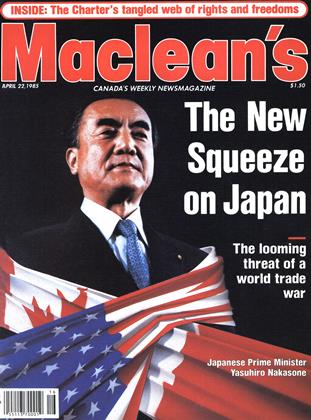