Next month Jacques Chirac, the mayor of Paris, who also happens to be the prime minister of France, is expected to announce final approval for the remaking of the City of Light’s inner core. Chirac’s initiative will allow Bill Teron, the Canadian designer and builder, and his high-power associates to begin building a 1.35-million-square-foot world trade centre in the heart of the French capital, on top of 1.2 km of an eight-lane expressway.

This and a growing shelf of equally imaginative projects have placed Teron’s Toronto-based private company in the enviable position of having booked $1.5 billion in new business during the past 12 months. “We’re in an incredibly oversold situation,” he told me recently, “but right now the company is reorganizing itself and I imagine we’ll do some public financing soon. We find it an odd situation that when most Canadian companies are fairly desperately searching for overseas orders, we’re hopelessly oversold.”

Teron’s current work schedule includes the $350-million Concorde office and apartment complex near the top of Toronto’s Don Valley Parkway; a large condominium project on the Florida coast; and a long string of schools, hotels and hospitals he is building in Gabon, the Ivory Coast, Guinea and Cameroon.

Teron’s associate in bringing to fruition the Paris and French African projects was Claude Frenette, an enlightened Montreal power broker who once served as president of the Quebec wing of the federal Liberal party and was one of the first influential Quebecers to fight for the federal option. “Canadians are extremely well received overseas,” he said, “because we’re not a threatening nation—we can offer the best of North American technology, but we’re not Americans.”

As well as Frenette, Teron has recruited at least four other partners to his firm, which makes his roster of directors and investors read like a roll call of this country’s senior Liberal Establishment. There is United Nations undersecretary general Maurice Strong, who knows every head of state (except Albania’s) by his or her first name; Senator Jack Austin, the former deputy minister of energy, Trudeau confidant and chief British Columbia power broker, whose influence seems to grow no matter who is in office; Hamilton

Southam, the founding director general of Ottawa’s National Arts Centre and ambassador at large for all things Canadian; and Senator Michael Pitfield, who was the longtime Clerk of the Privy Council and now spends most of his private time in the service of Paul Desmarais’ Power Corporation.

all in my company,” boasted Teron. “These guys know how to make the connection between public dreams and private capabilities.”

Teron himself was born on a Manitoba homestead and after dropping out of high school took a menial drafting job with the federal department of transport at $25 a week. When he quit to work for a private home builder he became intrigued by the notion that size and cost had little to do with good design, and decided to experiment with his own subdivision.

That was the birth of Kanata, a 3,000acre community on Ottawa’s western outskirts that he created during the mid1960s. It took nine years to design and build, and it pioneered many new planning and construction techniques. “I moved from designing single houses, then my mind went to conceptualizing complete streetscapes, then I went into total areas,” he recalled.

Kanata brought him to the attention of the Liberal government, which appointed him to head the Central Mortgage and Housing Corp. in 1973. “What I’m trying to do now stems directly from those six years I was at CMHC,” he said. “I was able to appreciate the whole process of government and discover the scope and limits of politicians’ aspirations—the bricks and mortar of political will.”

When he reactivated his current company seven years ago, he took a long-term view of his prospects by beginning with some fundamental research into building techniques, and he eventually came up with a precast concrete building-block module that saves time and money and can solve previously complicated stress problems. He has since used the technique to build 2.5 million square feet of housing, plants and office buildings. That same process will be applied in the new Paris project, but actually getting the job proved to be a long and tough process.

He and Frenette had successfully negotiated a contract to build a hotel complex in front of the famous Château Versailles, and that brought their company to Chirac’s notice. The project that has brought Teron’s company world attention was his idea to cover a recessed expressway which separates the famed Bois de Boulogne wooded area from the centre of Paris. He will perform the huge project, using his long-span concrete technology, free of charge, because he has been granted air rights on top of the spans. Most of the cover will be new parkland, but the rest of it is where his new world trade centre will be built. It will include at least one five-star hotel and other edifices worth about $750 million.

Teron and his associates have been approached by several other cities to try a similar revitalization of currently wasted space, but the company is moving slowly. “What we have,” said Teron, “is the working technology to do the kind of projects that architectural students dreamt about when they were at school.” 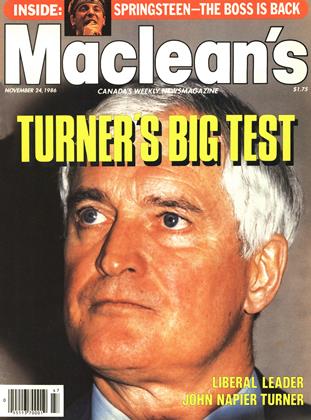