For the past four years, Mexican Finance Minister Jesus Silva Herzog has been at the forefront of efforts to resolve Latin America’s $500-billion debt crisis. But last week a terse, six-line announcement issued by Mexican president Miguel de la Madrid said that the 51-year-old Silva Herzog had been replaced by Gustavo Petricioli, 57, currently director of a government industrial development bank, Nacional Financiera. Silva Herzog’s abrupt departure took place during negotiations aimed at preventing Mexico from suspending payment on its $136.2-billion foreign debt and it surprised many members of the world banking community.

Some banking experts said that Silva Herzog had lost an internal power struggle—indicating that Mexico may be preparing to take a tougher stance with its creditors. Said one Mexican finance ministry official, who asked not to be named: “We had one earthquake here last September. Now we have had another.” With the collapse of world oil prices this year, officials have been warning that Mexico might not be unable to pay the $12.5 billion in interest that it owed this year on its

debt. The country’s earnings from oil in 1986 are expected to fall by about $9.7 billion from the $18.5 billion it reaped in 1985. In a speech from the presidential palace late last February, de la Madrid declared that Mexico planned to adjust its debt payments in accordance “to the country’s ability to pay.” But that has not yet happened —a fact that reflected opposing views within de la Madrid’s cabinet.

The falling oil earnings have caused numerous internal economic disruptions. Inflation is running at an annual rate of 90 per cent and interest rates are approaching 80 per cent.

The peso has also plummeted. A year ago it cost 235 pesos to buy a Canadian dollar, but by last week the rate stood at 483 pesos.

Talks have been under way for months between Mexico and the International Monetary Fund (IMF), to ar-

range a $1.4-billion standby loan agreement to help Mexico make its interest payments. In exchange for loans, the IMF is demanding that Mexico cut by half its projected deficit of 13 per cent of its gross domestic product. Traditionally, the IMF has also demanded that debtor nations carry out economic reforms, including selling

state-run enterprises. An accord with the IMF is needed before Mexico can arrange a new pact „ with its lenders, mainly North American and European banks. The pact would likely consist of about $8 billion in new loans. The division within 0 the Mexican cabinet has = centred on what conces! sions the country should g make in exchange for new loans. Throughout 1 his tenure as finance

2 minister, Silva Herzog pressed consistently for budget cuts and punctual payment of interest—two key demands of the IMF and foreign banks. His firmest cabinet ally has been Central Bank director Miguel Mancera, who favors keeping a tight reign on spending and credit in order to keep

But Silva Herzog was opposed by a cabinet faction led by Budget and Planning Minister Carlos Salinas de Gortari, the president’s most trusted economic adviser. He favored a tougher approach with Mexico’s creditors and he had been arguing for a year that the IMF’s austerity policies were strangling Mexico’s economy.

Three weeks ago as talks with the IMF stalled, Silva Herzog declared that Mexico might be forced to stop, at least temporarily, some debt payments unless the country received more financial assistance. That statement, along with claims by unofficial sources that Mexico might soon default, helped push the peso down to 546 on the dollar on June 10 from 420 on June 4.

Two weeks ago in an attempt to break the stalemate with the IMF, U.S. federal reserve chairman Paul Volcker flew to Mexico City. In a meeting with Silva Herzog, Volcker said he would urge the IMF to drop its demand that the government cut its spending. In exchange, Mexico would keep up its debt payments. Political insiders say that Silva

Herzog angered his cabinet rivals by promising Volcker that Mexico would try to meet the IMF halfway.

Herzog found himself isolated. According to political observers, Budget and Planning Minister Salinas de Gotardi was instrumental in convincing the president that the IMF program would entail intolerable sacrifices, including cuts in food and social service subsidies that could lead to social unrest.

Last week Mexican officials hastened to reassure world bankers that the cabinet switch did not indicate a major change in Mexico’s fiz nancial strategy or its g debt negotiations. But ^ Petricioli is not expected I to enjoy the leeway 5 granted to his predecessor—a privilege that may have been partially responsible for Silva Herzog’s downfall. Said one U.S. official: “His

autonomy made him effective and respected abroad, but it also made him a target at home.” 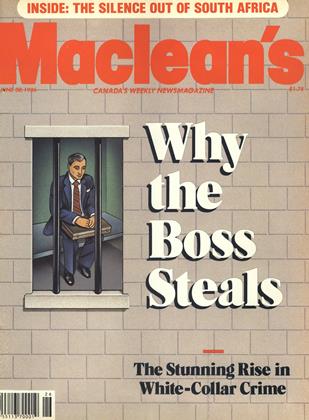