From his $4,100-a-day suite at the top of the posh Intercontinental Hotel in Geneva last week, Saudi Arabia oil minister Sheik Ahmed Zaki Yamani was once again exercising his renowned diplomatic skills. His aim was to try to halt the overproduction that has caused the recent spectacular collapse of world oil prices. Shuttling between his 18th-floor enclave and the wood-panelled conference room on the hotel’s ground floor, Yamani convinced eight of the 12 other oil ministers from the Organization of Petroleum Exporting Countries (OPEC)

Last week’s meeting was the fourth time this year that OPEC’s fractious members had tried to reach an agreement. An oversupply of oil—engineered by Saudi Arabia—is the major factor behind crashing oil prices, which have fallen to below $12 a barrel from more than $40 a barrel in the past nine months. The Saudi strategy is to drive producers out of the market through overproduction and then force OPEC and non-OPEC countries to apply stiff production quotas in order to keep supplies low. Industry observers say that Yamani’s aim is to gain a larger market share for the cartel.

Last week’s Saudi initiative was supported by a slim majority, including Kuwait and Nigeria. But a handful of smaller producers led by Algeria pressed for deeper cuts to between 15 and 16 million barrels in an attempt to restore oil prices to $38 a barrel by year’s end.

But the Saudis said that OPEC’s past attempts at achieving dramatic cutbacks have failed. Six weeks ago at a meeting on the Yugoslavian island of Brioni, OPEC ministers agreed in principle to reduce output by three million barrels a day. But the members failed to comply with the quotas and instead have saturated the market.

Despite the Saudi victory, the plan may be undermined if dissenting members maintain their high production. And last week Iraq and Iran refused to cut back their countries’ production. Said David Johnson, an oil analyst with Wood, Mackenzie & Co. in Edinburgh: “The deal hinges on whether OPEC producers truly honor the self-imposed restraints.”

Many industry analysts said that they had hoped for a minimum reduction of three million barrels a day to substantially restore prices. And the oil market’s initial positive response to the OPEC quota agreement was short-lived. The day after the agreement, prices for North Sea Brent grade, Europe’s benchmark, jumped to about $13.85 a barrel from $11.70. But prices quickly resumed their decline, closing at $13 last week.

the OPEC nations to restore prices. Last week the Egyptian government reported that its sales had dipped to an average of 40,000 barrels a day from last year’s total of 250,000 to 300,000 barrels a day because of the flood of cheap Gulf oil on the market.

With the next OPEC meeting scheduled for September in Geneva, Yamani is expected to continue to seek wider support for his plan of moderate cutbacks. “Theoretically, the Saudis could let oil drop to $2 or $3 [U.S.] a barrel and still be marginally ahead,” said Johnson, because Gulf production costs run as low as $2 per barrel. He added, “For the rest of OPEC it would, of course, be death.” 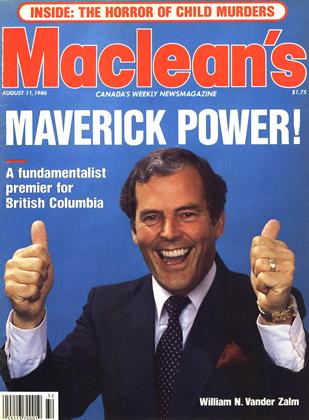