The secret had been closely guarded for nearly 50 years, but when the skeleton in the royal closet escaped it became a sensation around the world. The first reports appeared in British newspapers early last week. QUEEN’S COUSIN LOCKED IN MADHOUSE, read a huge headline in the April 6 edition of the popular tabloid The Sun. Next to the story was a photograph of a patheticlooking, frightened, white-haired lady clutching herself. With that, the

media went on to provide details of two mentally retarded sisters, nieces of the Queen Mother and first cousins of the Queen, who had long been listed as dead in the two bibles of British aristocracy—Debrett's handbook of British noble families and Burke’s Peerage. In fact, one sister died only last year and the other—the one in the newspaper photograph —was clearly alive, and living in a mental institution just outside London.

The sisters were among the five daughters of John Herbert BowesLyon, the Queen Mother’s now-dead brother and Fenella Trefusis, a daughter of the 21st Baron Clinton. The two mentally ill sisters, Nerissa and Katherine, had been sent from the family home in Scotland to the Royal Earlswood Hospital at Redhill, Surrey, in 1941 when Nerissa was 22 and Katherine was just 15. They had a mental age of about three and were committed secretly by their mother,

who continued to visit them until she died in 1966. Their father had died in 1930. The current edition of Burke's Peerage lists Nerissa as having died in 1940 and Katherine in 1961. And editor Harold Brooks-Baker said that he was stunned when he learned the truth. He declared: “If this is what the Bowes-Lyon family told us, then we would have included it in the book.” Added Brooks-Baker: “It is not normal to doubt the word of members of the royal family.”

Adding to the drama was the further disclosure that older sister Nerissa Bowes-Lyon, who died at 66, was buried near the hospital in a grave without a headstone and only a sixinch plastic marker. Lady Elizabeth Anson, the granddaughter of Fenella Bowes-Lyon and niece of Nerissa and Katherine, said that she was “devastated” by the disclosures and she vowed to put a proper headstone on the grave. As the story unravelled, it turned out that at the time the two sisters were admitted to the staterun hospital they were accompanied by a set of three other sisters, cousins to the Bowes-Lyon sisters and daughters of Harriet Fane, sister-inlaw to the Queen Mother.

Genetic experts claimed that the mental instability of the cousins evidently passed through their common maternal grandfather, Baron Clinton, and that the illness was not associated with the royal family. The experts blamed a defective gene for the prob-

lern, and they said that it affected only females in the line. Added genealogist Hugh Peskett: “The great relief is that the genes are obviously in the Clinton family and not in the royal family.”

Lady Anson said that her grandmother was to blame for allowing the existence of the royal relatives to go unreported. She denied any attempted coverup by the family and she described Fenella Bowes-Lyon as “a very vague person” who was careless when she filled out forms for Burke's and Debrett's. Added Lady Anson: “She often did not fill out forms completely that Burke's Peerage sent her.”

The red-brick hospital where Kath-

erine Bowes-Lyon, now 60, spends her time has pleasant, cheerful rooms with flowers, colorful bedspreads and soft easy-chairs. Katherine apparently is able to walk the hospital grounds freely, although she has no knowledge of her royal connections. Said Martin Barclay, hospital adminstrator: “Miss Katherine Bowes-Lyon is in a seven-bed ward with other residents of her own age and is no way restricted. She leads the same sort of daily routine as many of the other 400 residents at the hospital.”

The Queen Mother, 86, apparently learned of the survival of the sisters about five years ago. She is the patron of the Royal Society for Mentally Handicapped Children and Adults. After she became aware of their existence she sent them a cheque which was used to buy candy and toys. But she did not, it seems, choose to set the record straight with the royal chroniclers. □ 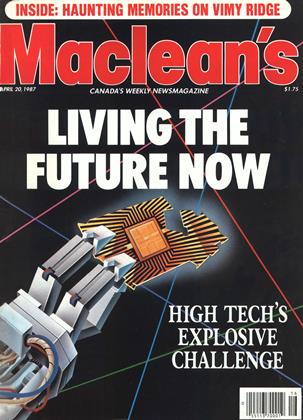