For several weeks the plunging U.S. dollar and an emerging U.S.-Japan trade war had only marginal effects on Canada. But last week Canadians felt the force of the turbulence in international currency markets as the U.S. dollar continued its dramatic slide and U.S. interest rates rose. On Tuesday the Canadian dollar dropped more than a cent to 75.50 cents (U.S.) from 76.76. Then, several major banks and trust companies raised their mortgage rates by as much as one per cent. Fears that interest rates would continue to climb, after reaching a 13-year low last month, caused lineups in bank branches across the country as borrowers attempted to lock in rates. And expectations that companies would now have to spend more to borrow money helped to send stock prices on both the New York and Toronto stock exchanges tumbling.

Analysts largely attributed last week’s turbulence to the release of new U.S. trade figures showing that America’s debilitating trade deficit had widened to $19.7 billion in February, up from $16.1 billion in January. The figures signalled to currency

speculators that the United States had made disappointing progress in improving its export levels in spite of a low U.S. dollar, which has made American products less costly for foreign trading partners, including Canada, Europe and Japan. As a result, jittery traders unloaded their U.S. dollars—and the currency fell to a new 40-year low of 140.75 Japanese yen on April 14.

estimated that Japanese and Middle Eastern investors dumped $500 million in Canadian dollar investments on the market on April 14. And although the Bank of Canada raised its lending rate by 0.7 of a percentage point to 7.65 per cent to strengthen the Canadian dollar, many economists said last week that the currency was simply overvalued and would settle back to about 73 cents by the end of the year.

For Canada, the dollar’s unruly behavior was a setback after a giddy four-month bout of economic buoyancy. Since December, interest rates have declined 1.5 per cent, stock prices have increased by about 25 per cent and the dollar has climbed nearly four cents.

The unpopularity of the greenback led to new fears of higher inflation—because it makes imports into the United States more expensive. And a growing number of economists also say that interest rates may begin to rise. Paul Volcker, chairman of the Federal Reserve Board, said

that he would promote higher interest rates. He added that he would also press for a tighter money supply if the U.S. dollar falls further.

forcefully in the stock markets last week. Share prices plummeted, interrupting one of the most prolonged bull markets in history. On Tuesday the Dow Jones Industrial Average declined 34 points from its record lev-

el of 2,405.54. The TSE 300 Composite Index dropped 66 points to 3,773. One exception was gold—bullion and stocks. They are traditional havens for investors who are fleeing from un-

stable currencies and the threat of inflation.

For the long term, however, the overriding concern of economists and investors appeared to be the danger of a U.S.-Japan trade war. Late last week the administration followed up on its pledge to impose 100-per-cent tariffs on a range of Japanese goods. Still, many economists predicted that the U.S. dollar would continue to fall. After bottoming out early last week, it recovered to about 142 yen from the low of 140.75 yen because of reports of encouraging comments from Satoshi Sumita, the head of Japan’s central bank. But some economists said that traders are determined to see the currency decline to 125 yen.

Leaders of the Group of Seven nations will meet in early June to grapple with the trade issues, but some currency traders said that they have little hope of a resolution. As a result, the nervousness surrounding the Canadian and U.S. currencies is likely to intensify. 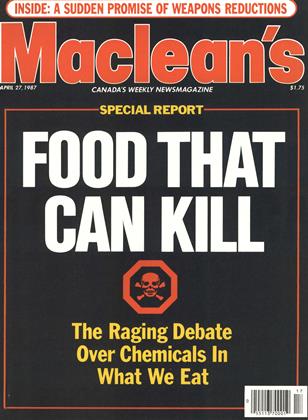