When I arrived in St-Tropez last week, the gossip was still all about Brigitte Bardot. First, explained the gardener, eyes rolling toward limitless blue skies, she had had the donkey she was taking care of for a neighbor castrated last month after the poor beast exhibited a brutish interest in one of her mares. Then, there was her letter to the mayor of St-Tropez early this month in which she threatened to leave her Riviera home forever because of the “lewdness, exhibitionism, vice, money and homosexuality” exhibited by the “mediocre, dirty, uneducated and loutish” tourists. The final straw for animal-rights activist Bardot was a decree banning dogs from the beaches of St-Tropez. Homosexuals, perhaps; mongrels, non!

As it happens, I have some sympathy for Bardot’s eccentricities. She is, after all, a 54year-old sex kitten, and the mere fact that she can negotiate a single day without breaking down seems an achievement to me. If you were world famous for a quality that every day you see you are losing, well, how would you handle it? It’s a terrible business when a human being survives one’s best qualities or real talent, as Björn Borg or Nadia Comaneci must know.

Meanwhile, Bardot notwithstanding, StTropez lies seductively in the heat, its cobbled streets a maze of intoxicating smells, the eyes of slippery heaps of daurade fish staring balefully at the Provençal housewives picking them over. The year-round residents number about 10,000, complemented by a community of regular visitors who own holiday homes in and around the town.

In August, both groups barricade themselves in their houses against the annual tourist invasion. They leave the peace of dark rooms, lush gardens and swimming pools to pick up fish, fruit, the odd jar of citron confits or caviar d’aubergines and scuttle back. St-Tropez, a jewel of steep steps and mysterious culs-desac, is more than a home to those people—it is a passion. And if August, with its day trippers and package tours must be tolerated, well it’s a

small price to pay for the serenity of the remaining 11 months.

It is fashionable to give the Riviera a bad press these days—the traffic jams are frightful, the pollution is bad and the water is so congested with yachts and speedboats that a policeman remarked, “It’s like the Périphérique [the Paris ring road] at rush hour.” Around 6 in the evening, the August skies darken and a thunder begins. It is not the weather, only the evening glut of private helicopters returning commuters from Nice airport to their Tropezian summer residences.

But the mass invasion of August highlights the single vice of St-Tropez that receives the most public approbation—the pursuit of lewdness—even though that failing strikes far fewer people here than do the sins of gluttony and sloth. Still, St-Tropez has been a synonym in the public mind for the permissive lifestyle since Bardot first cavorted here for the movies in 1956.

Now the action centres on the discos and restaurants where the evening begins at 1 in the morning and vacant-faced men and women stalk the dawn’s partner—or partners. Women who should know better at middle age truss up their bodies in revealing clothing and perch

eagerly on barstools or at bistro tables. It is as if in St-Tropez, far from their homes in Lyons, Chicago and Munich, every fantasy has licence and neither age nor marital status exists.

On the cobblestoned harborfront, women try out the latest plumage for the mating dance. Two years ago, it was transparent lace skirts; last year, it was circulation-stopping bicycle pants. This year, it seems to be neon cat-suits under transparent bits of chiffon.

But what draws families as well as philanderers to St-Tropez, of course, are its sands. Along the curve of the Bay of Pamplonne lies a great white blister of beach. The so-called private beaches are not exclusive at all, being available to anyone with $10 or so to rent a mat for a day. The prettiest girls, with skin of honeyed lamé oiled by designer creams, lie on the beach called “La Voile Rouge” (Red Sail), which boasts the only on-site precious-jewelry shop. At the beach called “Cinquante-cinq” (Fiftyfive), where celebrities like Joan Collins and minor British royal Lady Helen Windsor dine, lurk members of the so-called bobo set— burned out but opulent. There are homosexual beaches, nudist beaches and, for all I know, vegetarian beaches. On each strip of sand, topless females wearing heavy gold jewelry and protective hair gels expose sun-sensitive nipples to the furious tropical rays.

All the same, the icon of sexuality this August season is neither the celebrity nor the promiscuous beauty queen. It is the 15-yearold girl utterly devoid of makeup, her hair a thick halo and her strutting innocence flashing sexual confidence. No matter how many middle-aged magazine editors wishfully promote the myth of the desirable older woman, the street truth of St-Tropez is that the sexual Nineties belong to girls who make Brooke Shields a has-been.

In the middle of the private beaches lie the public beaches, covered with the semi-nude bodies of workers-at-play. Permanently installed mobile homes sit at the top of the sand, renting at $450 a week, complete with plastic laundry-lines hanging outside. It is this juxtaposition, the proletarian caravan and the luxurious Riviera, that speaks, I think, to Brigitte Bardot’s real problem. What irks Bardot so much is the democratization of the good life— and of la dolce vita. It was all very well when the sleepy fishing village of St-Tropez and the mindless pursuit of sexual licence were the domain of a wealthy few such as Bardot herself. Rolls-Royces and Ferraris don’t cause traffic jams—Fiats and Volkswagens do. The minute the great unwashed did what until recently only movie stars and marquesas could enjoy, the utter vulgarity and vacuousness of that lifestyle hit home.

Well, there it is. Speaking personally as a devotee of the utterly unique beauty of StTropez, I vaguely agree with the sentiments of La Bardot. But I can’t help thinking that it’s only fair and just that the single-minded pursuit of la dolce vita be revealed for its awful commonness here on the expensive real estate where Bardot took off her bathing-suit top and let film director-boyfriend Roger Vadim immortalize that moment for all to share. 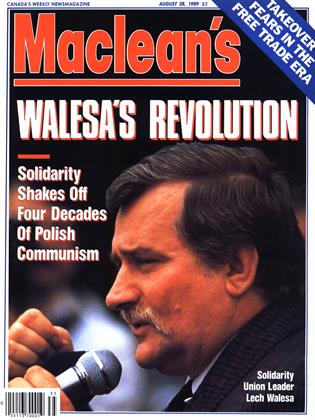