Henry Morton Stanley was both heroic and cruel

Until about 150 years ago, most of Africa was still a blank on maps. By the mid19th century, few Europeans had penetrated its interior, with its vast jungles and deserts, often hostile tribes and devastating tropical diseases. Africa killed outsiders effortlessly, and had it not been for the monomaniacal determination of explorers such as Henry Morton Stanley—the subject of Dark Safari, a brisk and thoroughly entertaining new biography by Maclean’s senior writer John Bierman—much of the continent might still remain unknown. As Bierman makes clear, Stanley triumphed in Africa because of qualities that made him a misfit in his own culture. He was an impatient, choleric egotist who bullwhipped his own men and shot hundreds of native Africans who stood in his way. But his personal heroism was undeniable. And, in opening Africa to the outside world, he played a major role in inaugurating—for better or worse—the advent of modem history in the Dark Continent.

Stanley’s African bearers called their indefatigable leader Bula Matari—“Smasher of Rocks”—a name that hid as much as it revealed. As with many men of exaggerated masculinity, Stanley’s bullish exterior hid wounds that he carried from childhood. Bom in 1841 to an unmarried Welsh housemaid, 19year-old Betsy Parry, Stanley was originally christened John Rowlands, after his reputed father. Spurned by his mother, he was raised from the age of 5 in a workhouse, a charity institution for abandoned children and destitute adults. Beaten by his teacher, the young Stanley began to develop the carapace of bullying toughness that would later prove so effective in Africa.

In 1858 the ex-workhouse boy, then 17, became a deckhand on a ship bound for the United States. In New Orleans he went to work for a kindly cotton broker, Henry Stanley, in whom he saw the loving father he had never had. Stanley later claimed that Henry Stanley adopted him and gave him his new name. But Bierman provides strong evidence that the adoption was more wishful thinking than fact.

As a young man, Stanley worked mainly as a successful freelance journalist for various eastern American newspapers. But his big break

arrived in 1869, when James Gordon Bennett, Jr., the publisher of the New York City Herald, sent him to Africa to find the celebrated English explorer Dr. David Livingstone, who had not been heard from for several years. Against enormous odds, Stanley succeeded, greeting Livingstone with words that would become famous: “Dr. Livingstone, I presume?” Towards the end of his life, chagrined by the banality of the remark, Stanley ruefully acknowledged, “I couldn’t think what else to say.”

Stanley spent most of the next two decades on expeditions that revealed steadily more of the mysterious interior. On one trip he became the first European to traverse the continent, beginning at the Indian Ocean and descending into the steamy watershed of the Congo River on his way to the Atlantic. His adventures on the Congo were the stuff of legend. At one point, several of his men became marooned on an island surrounded by a hurtling current. “Below them,” Stanley later wrote, “was half a mile of Falls and Rapids and great whirlpools and waves rising like hills... and below these were the cannibals of Mane-Mukwa.”

When the cannibals attacked, Stanley wreaked havoc among them with the expedition’s repeating rifles. And he dealt with attempted deserters from his own suffering, disease-ridden ranks by clapping them in slave chains. His harsh tactics drew angry criticism in Europe. When two British officers of his 1887-1889 journey up the Congo brutalized the local natives (one participated in a cannibalistic rite), the incident is said to have inspired novelist Joseph Conrad to write his great 1902 indictment of human evil, Heart of Darkness.

Yet, on the whole, the public lionized Stanley for bringing European-style civilization to Africa. Stanley tended to view himself in the same heroic light, and Bierman does a superb job of picking out the various contradictory strands of his personality: the cruelty that lurked beneath his idealism, the fear of women that belied his rhino-hide exterior, the sensitivity to criticism that kept him from enjoying his laurels. Indeed, the only disappointment in Dark Safari is Bierman’s failure—surprising considering his long experience as a journalist in Africa—to evoke the torrid landscapes and climates through which Stanley travelled on his explorations.

Before his death from pleurisy and complications from heart disease in 1904, Stanley spent his last years in England, taxed by occasional recurrences of the fevers that he had contracted in Africa. His two solaces were his wife, Dorothy Tennant, whom he married in 1890, and their young adopted son, Denzil. Dark Safaris final glimpse of Stanley shows the Smasher of Rocks softening, at least a little, in the presence of his small but much loved family. Had he met such warmth at the beginning of his life rather than at the end of it, the story of Henry Morton Stanley—and African exploration—could well have been very different. 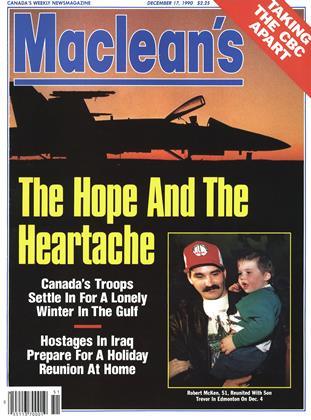