Against the night sky, the glass and steel skyscrapers of Atlanta shimmered like symbolic spires of the still-formative land that sociologists call the New South. But inside the trendy row-house complex that served as campaign headquarters for Andrew Young, the 58-year-old former mayor who had presided over Atlanta’s economic boom in the 1980s, the mood was increasingly grim. Beneath balconies strung with red, white and blue bunting, a crowd of blacks and whites watched as television newscasters reported the surprise twist in last week’s Georgia Democratic primary: Young trailed a formidable 12 percentage points behind his main rival, Lt.-Gov. Zell Miller, in his bid to become the first black governor of the state and, indeed, anywhere in the Deep South, since the post-Civil War period. Said dejected supporter Dennis Robertson:

“I heard a lot about Georgia becoming the New South and how this election was going to give that credence. But so far, it’s business as usual.”

In fact, the old, ugly question of race, never once raised openly as an issue in a remarkably gentlemanly and even bland campaign, may yet emerge as the stark determining factor in whether Young achieves his goal.

With neither candidate winning a 50per-cent majority of the vote, Young has already scored a breakthrough of sorts, becoming the first black to fight a gubernatorial runoff, which takes place on Aug. 7. But seasoned southern political experts predict a rougher fight over the next two weeks, the prelude to a bitter battle for the Nov. 6 general election.

Then, the Democratic winner will face off against State Representative Johnny Isakson, who won last week’s Republican primary in a 74-per-cent landslide. But with Young failing to capture a significant portion of the white vote and Miller failing to make major inroads among blacks, Atlanta pollster Claiboume Darden declared that, despite predictions to the contrary, “race was a very, very significant, if not downright dominant, issue.” He added, “People may not talk about it, but when it’s raining in Georgia, you don’t need to tell people they’re getting wet.”

As a bellwether of change, some of Young’s supporters had sought inspiration from Virginia politician Douglas Wilder’s victory last November as the nation’s first elected black gov-

ernor. But Wilder had already won statewide elections as lieutenant-governor in 1985, while Young’s stronghold remains Atlanta. And as Young’s campaign manager, Hobby Stripling, pointed out, racial attitudes may differ. Said Stripling: “There’s been a much larger influx of people into Virginia from other places who brought a different outlook. There’s still

a lot of the old philosophy around here.”

Still, one indicator of the passing of the Old South lay in the weak finish of former segregationist governor Lester Maddox, who won only three per cent of the vote. At 74, the outspoken populist threw himself into the Democratic primary, reviving memories of the acrimonious 1960s, when he gained notoriety for refusing to racially integrate his Pickrick restaurant in Atlanta. With almost no campaign funding, and largely ignored by the media, Maddox drew his feeble support from rural white Georgia, where the lower middle class has proved the most resistant to the changes launched by the civil rights movement.

On primary night, Maddox’s followers, many of them members of the ultraright-wing John Birch Society, gathered in a half-filled motel room on the outskirts of the city, wearing buttons that read “Maddox Country.” As

marching music played in the background, they railed against the political establishment and the media. Said Maddox: “It was a victory for the socialist media because of their fear they would get somebody in the governor’s mansion they couldn’t control. I would have been your bull in that china cabinet.”

In fact, Maddox provided the only sparks in an otherwise lacklustre Democratic debate, describing Young as a “socialist” who was trying to turn Georgia into the “capital of the Third World.” He rejected the segregationist label, however, saying that racism “was wrong then, when whites practised it, and it’s wrong now, when you have affirmative action and job quotas.” But those declarations revealed one of the key developments in the New South, where racial unease is now often masked by the subtlety of code words. Wrote Atlanta JournalConstitution columnist Mark Silk: “Socialism

meant, in the old White Citizens Council jargon, mandated integration. How else to attach the word to Mr. Young, who has made a career of courting corporate America?”

One issue that apparently helped sweep Miller to his first-place finish was his proposal for a state lottery—a notion popular among many Georgians, if not church ministers. Miller reflected a growing weekly pilgrimage by Georgians when, in the campaign’s final days, he made a symbolic trip across the Florida border to buy a ticket in that state’s Lotto, where the jackpot last week was $31 million.

Young pledged to bring new investment to the state, as he has done for Atlanta. But that pragmatic rallying cry from a onetime aide to Rev. Martin Luther King Jr. failed to inspire blacks to vote in the numbers Young had hoped for—and now needs. Some analysts said that his lack of drawing power was a result of the

sophistication of Young himself and of his staff. Said Darden: “He had a real problem with the rural black vote in the old Cotton Belt, which is basically what we call a machine vote.” He added: “They’re there, but you’ve got to bus them and truck them. Andy's staff may be too citified to understand that. They just don’t pick much cotton.”

Pressing the right emotional buttons to get out the black vote for next month’s runoff will not be an easy task for Young, who has found his so-called blackness questioned even by former fellow King aides since his days in the civil rights movement. The son of a prosperous New Orleans dentist, Young grew up in a cultured, upper-middle-class home and studied theology in Connecticut before returning to the South in the 1950s to start a literacy program for blacks. To prepare for his work among the southern poor, he taught himself to appreciate

jazz and the blues. Even after joining King’s cause, he wore a shirt and tie, not a colorful African dashiki, or pullover, and often negotiated with white sheriffs and the FBI, leading fellow activist Hosea Williams to label him an “Uncle Tom.”

Skilled as a conciliator, in 1972, Young won the first black congressional seat in the Deep South in this century. And, four years later, President Jimmy Carter named him ambassador to the United Nations. In 1979, however, Carter asked him to resign after revelations that Young had secretly conducted unauthorized negotiations with the PLO.

Still, two years later, Atlanta voters elected Young as mayor, just as Ronald Reagan swept into the White House. And the mayor’s fortunes, as well as the city’s, soared at a time when Reagan began rolling back many civil rights gains of the previous 15 years. As

Atlanta boomed during Young’s two terms, attracting 1,000 new corporations and $81 billion in new investment and creating an estimated 700,000 new jobs, he became the darling of the white business community.

But in 1987, sensational allegations of cocaine use threatened to cloud Young’s political future. The mayor declared that he had never used the drug, and before a federal grand jury in Atlanta, he denied allegations that he had interfered in a police investigation into cocaine use by prominent local political figures. No charges were laid against Young, and the media quickly lost interest in the case.

Miller has already attacked Young’s record as a crime fighter, pointing out that Atlanta’s crime rate leads that of all U.S. cities. But Young has countered with an attack on the state’s speedy prisoner-release program. Miller is also expected to attack Young’s repu-

tation as an absentee administrator who, as mayor, won the nickname “Globe-Trotting Andy.” In 1987 alone, Young spent 102 days on the road. Last week, Young argued that his travels brought nearly $13 billion in foreign investment to the city. But it is also clear that he shines not as an administrator but as an international salesman. And he even interrupted his campaign to fly off to Tokyo in his added role as the chief lobbyist for Atlanta’s bid to host the 1996 summer Olympics. But many poor blacks resent the fact that few of them benefited from Atlanta’s economic explosion.

Indeed, Young now faces a real dilemma: how to motivate blacks who make up slightly more than one-third of Georgia’s registered voters, without alienating the support of the 25 per cent of the white vote he needs—and without appealing to race. That task is all the more difficult for a man who has avoided the

emotive oratory of Jesse Jackson, with whom his relationship has long been uneasy.

But Young and other Democrats share an additional concern: that he could win the primary runoff only to be trounced in November by Isakson, the first credible Republican candidate in decades. Young has said that he would be blamed if a Republican won the governorship from the Democrats for the first time in 120 years. Still, it is far from certain that Young will be the Democratic candidate facing Isakson. Pollsters said that one of the most puzzling aspects of last week’s vote was an apparent return of many recent Republican voters to the Democratic fold, a move that defied the trends of the past decade. One local Republican official, Walter Krauth, claimed that the surge was an effort to prevent Young from beating Miller. Eric Brown, a white massage therapist, said he agreed with that theory.

He added, “A lot of my friends were voting Democrat in the primary just to make sure Young didn’t get in.”

Whoever wins the Democratic nomination, Darden pointed out that both Young and Miller are liberal candidates in a landscape that remains profoundly conservative. Polls show that only 17 per cent of southerners identify themselves as liberals. But Darden says that the Democrats, by continuing to field liberals, are merely provoking the increased flight of southern whites to the Republican party and hastening their own party’s demise. Long gone are the days when southerners would proclaim themselves “yellow-dog ; Democrats”—so loyal that z they would vote Democratic § even if the party fielded a z yellow dog. And political scientist Merle Black, of Atlanta’s Emory University, declared that Democratic candidates, who assume conservative colors to win Southern whites back to the party, are chasing “phantom voters” who have already switched their allegiance to the opposition. Said Darden: “This may be the start of the collapse of the Democratic party as we know it in the South.”

That prospect evidently weighs heavily on Young, like politics itself, which he regards as a duty. His reserve on the campaign trail helps to account for both his lukewarm performance and the equanimity with which he occasionally allows himself to contemplate defeat. Conjuring up an old spiritual, he said, “If I don’t get elected, I’d probably say, ‘Free at last.’ ” But, at least until Aug. 7, that is not a melody he willingly chooses to sing. 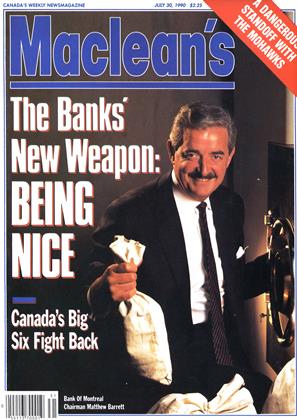