THE SWEET HEREAFTER By Russell Banks

Russell Banks’s new novel is a relatively small book that tackles some very large questions. Why do bad things happen to good people? How do human beings make sense of random tragedy? Who is to blame for disaster? As in Banks’s earlier novels, including Continental Drift (1986) and Affliction (1989)—The Sweet Hereafter focuses on working-class people struggling to make sense of the brutal hand that destiny has dealt them. But a novel concerned mainly with tragedy and its aftermath is not for the fainthearted: reading the book is a depressing experience. Banks offers no answers and no consolation, but his deftness and sensitivity as a writer make The Sweet Hereafter an irresistible chronicle of the human capacity to endure.

The setting is a small town in Upstate New York called Sam Dent. The tragedy occurs on a bleak January morning as Dolores Driscoll is nearing the end of the school bus route that she has been driving safely for 22 years. On the last stretch, she loses control of the bus and it plunges down an embankment. Fourteen children die in the crash. But Dolores survives, and the novel opens with her account of events leading up to the accident—from the time she waves goodbye to her husband, Abbott, who is housebound because of a stroke, until she swerves to miss what she thinks is a dog. “For the rest of my life, I will remember that redbrown blur, like a stain of dried blood, standing against the road with a thin screen of blown snow suspended between it and me,” Dolores recalls.

The story continues to unfold through the eyes of Billy Ansel, whose nine-year-old twins, Jessica and Mason, are among the victims. Billy is an intelligent and introspective man who returned from a tour of duty in Vietnam in the early 1970s and opened a service station, where he provides jobs for other veterans. He was no stranger to tragedy before the accident. Lydia, his high-school sweetheart and wife, died of cancer four years earlier; only alcohol and an affair with a friend’s wife have blunted his pain.

His lover, Risa Walker, also loses a son in the accident. But rather than comfort each other, she and Billy drift apart. Risa, like many of the

town’s residents, deals with her grief by insisting that she had a premonition that something terrible was going to happen. “It was a way of living with tragedy,” Billy observes. And Risa, like the other parents whose children died, is eager to launch a negligence suit. But Billy says that he is “beyond bitterness.” And his intimate knowledge of death has made him certain that no one was to blame: it was just an accident. “I could say that I saw it all coming, like most people in town do, but unlike them, I’d almost be lying,” he thinks. “While I expected death, I did not anticipate it.”

The town’s need to assign blame and exact revenge is met by a New York City lawyer, Mitchell Stephens. He sets up shop in Sam Dent and persuades the parents of the victims that, in his words, “There are no accidents. I don’t even know what the word means, and I never trust anybody who says he does.” But despite Mitchell’s ability to manipulate people and the truth, his own life is largely out of control. He is powerless to deal with the centra] obsession of his life, his teenage daughter Zoe, whom he describes as “a whacked-out, drug-addicted child” living on the streets of New York, Pittsburgh, Seattle and Los Angeles.

Mitchell’s mission is to prove that some institution—the state, the town or the school district—was responsible for the accident. The linchpin of his case is 14-year-old Nichole Burnell, who survived the tragedy but was left a paraplegic. Nichole has no memory of the crash, but Mitchell decides that he can still use her devastating injury to sway the verdict in his favor.

Of all the characters in The Sweet Hereafter, Nichole is the one who behaves least like a victim. Instead of being carried along by events, she acts in a positive way to save a community that seems about to disintegrate under the weight of its tragedy. Like Billy, Nichole has endured more than seems fair, but unlike Billy, she is not yet “beyond bitterness.” She understands that the negligence suit has aroused a kind of primal lust for retribution in the town, and she decides to concoct a testimony that will cause the least harm.

The final chapter belongs to Dolores, who in the seven months following the accident avoids seeing her old friends and neighbors. But Dolores and Abbott finally decide to confront the community by attending the fall fair. And in the unlikely arena of a demolition derby, a symbolic battle is enacted between Dolores’s first, makeshift school bus—an old station wagon nicknamed Boomer—and a motley collection of other wrecks.

The world according to Banks is a bleak and precarious place. And in the end, the novel suffers from excessive morbidity, unmitigated by humor or hope. Still, the author’s treatment of his characters is tinged with love. Billy, Nichole, Dolores and even Mitchell are ordinary and imperfect people. But, beset by tragedy, they are striking in their dignity. They and the community itself emerge as heroes. 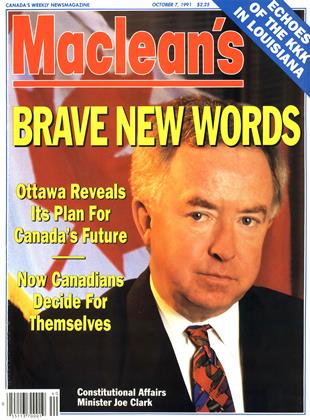