Your March 18 cover story on Canadian firms moving to the United States and Mexico was alarming (“Giving up, moving out”). While Canadians are said to ask for too many government services and unrealistic wages, we must realize that Canadians have subsidized manufacturers for the past 20 years with low corporate taxes, tax exemptions and business grants. As well, we have implemented all the government policies that business has asked for: government cutbacks, free trade and the Goods and Services Tax. We’ve lowered our wages, been laid off, gutted national institutions and lowered interest rates. Can we ever have conditions perfect enough for corporate Canada? It makes me wonder if the days of tariffs, protectionism and fair taxes were not so bad after all.

In “Giving up, moving out,” you say that some labor leaders have blamed the Free Trade Agreement for job losses and plant moves to the United States and Mexico. Other segments of our country have also voiced the same sentiment, including parliamentarians, entertainers, writers and, yes, even some Canadian corporate leaders. One must keep in mind that the current economic malaise is but the aftermath of plant closings and moves to the south that began within months of signing the FTA.

I laughed at the “anonymous businessman” who said, after attending a seminar on Chillicothe, Ohio, that he could buy serviced land there for $7,500 to $22,500 an acre compared with half a million dollars in Toronto. Rural Ohio and Toronto are hardly comparable. There are plenty of places in Ontario where lower-cost land is available, with far superior infrastructures linking them to major markets than rural Ohio ever dreamed of.

Staying in Canada has proven to be very costly to the manufacturing sector as operating costs are high and obstacles numerous. The challenge to stay is tremendous. Though we are a privately owned, small Canadian manufacturer, we have chosen to stay because we believe that Canada is one of the world’s best countries in which to live. The task at hand, then, is to convince the remaining manufacturers that staying is common sense, not nonsense.

Your article “Rules made to be broken” (Opening Notes, March 18), about the school attended by Prime Minister Brian Mulroney’s four children, is misleading and demonstrates poor journalistic judgment. You neglected to mention that the mother who fears

that her child might be in an accident is free to use two other driveways at the Lycée Claudel where children can be conveniently and safely dropped off or collected. By saying that parents “are required to pass a security check,” an airport situation is implied, whereas all schools in the Ottawa area require anyone entering to identify themselves. There is nothing reprehensible in measures taken to protect the Mulroney children, particularly in times of war. Just imagine the public outcry if some misfortune befell them and nothing had been done to prevent it.

In the April 4,1988, issue of Maclean’s, our columnist, Allan Fotheringham, wrote that no one had ever demonstrated that the activities of Sir Ranulph Fiennes had any scientific or historical benefit. That was incorrect. We now appreciate that Sir Ranulph and his expedition teams have made a significant contribution to scientific study of the Arctic. Maclean ’s and Allan Fotheringham apologize. 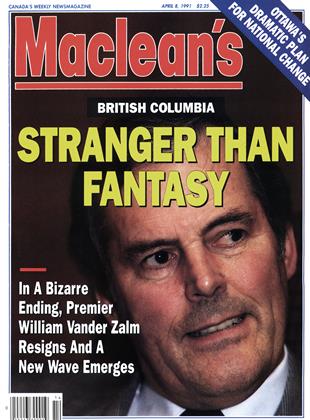