His contemporaries regarded Hamburg-born Johann Adolf Hasse as a towering musical talent. But at a royal wedding celebration in 1771, the 72-year-old composer was utterly eclipsed—by a mere stripling from Salzburg named Wolfgang Mozart, then 15. Both composers had been commissioned to write works in honor of the Milan marriage of Austria’s Archduke Ferdinand to Italy’s Princess Beatrice of Modena. Hasse presented an opera, II Ruggiero. But Mozart, who had already been dazzling the crowned heads of Europe with his musical gifts for nine years, easily outshone the veteran composer with his pastorale Ascanio in Alba. Hasse predicted afterwards that “this boy will consign us all to oblivion.” How right he was. In 1991, music lovers are observing the 200th anniversary of Mozart’s death with a chorus of festivals, recordings and souvenirs— and Hasse, of course, is a has-been.

trayed Mozart as a giggling, smutty-minded twit. But the drama also introduced vast new audiences to the composer’s sublime and tuneful music. No doubt the ground swell of Wolfgang-mania that the film generated is partly responsible for the lavishness of the current Mozart festivities. Austria has embarked on a year of special concerts, new productions of his operas and scholarly conferences. The tribute will close with an internationally televised performance of Mozart’s Requiem on Dec. 5, the anniversary of Mozart’s untimely death in Vienna at age 35. Musical organizations in several other nations, including Canada, are mounting their own festivals. But the most ambitious commemoration is taking place at New York City’s Lincoln Center, which began presenting performances of all of the prolific Mozart’s more than 800 compositions in January, in a program that will end in August, 1992.

Canada’s three-city festival, The Glory of Mozart, began last week and will run until July 13. In addition to a stellar series of performances and a vocal competition in Toronto, the Canadian tribute will include international com-

petitions for chamber music in St. John’s, Nfld., and for piano in Joliette, Que. Clearly, the composer of what George Bernard Shaw described as “the only music yet written that would not sound out of place in the mouth of God” remains a divinely marketable commodity. Declared Toronto impresario Nicholas Goldschmidt, the 82-year-old executive director of The Glory of Mozart: “His music is loved by young and old alike, and he was one of very few composers who was brilliant in practically all musical disciplines—opera, chamber music, symphonies, everything.”

Inextricably linked to Mozart’s music are the sensational facts and fictions of his life—his astonishing emergence as a child prodigy, the gulf between his earthy sense of humor and his celestial melodies, and the false but persistent rumor that his rival, Antonio Salieri, killed him. But it is the beauty of his music that has kept his name alive. As Elly Ameling, the Dutch soprano who opened The Glory of Mozart festival with a May 24 recital at Toronto’s Roy Thomson Hall, explained in an interview, “Mozart’s music is so full of life—I think you can never get around that.” Paul Dalby, a 44-yearold reporter-producer at Global TV News in Toronto, is so enamored of Mozart that he held a brunch on Jan. 27 to mark the anniversary of the composer’s birth. “There’s always something in the Mozart treasury that suits my mood,” he said. “It’s music that strikes a deep, responsive chord in your soul.”

The public tributes this anniversary year range from the dazzling—to the peculiar. In January, the Barbican Centre in London staged

a Mozart billiards tournament in honor of the composer’s love of the game. The annual Salzburg Festival, which runs from late July to the end of August, will include a new production of Mozart’s beloved 1791 opera, The Magic Flute, conducted by Sir Georg Solti. And in Vienna, such artists as pianist Murray Perahia and tenor Luciano Pavarotti will perform Mozart’s works. Enthusiasts looking for something unconventional can assemble in front of Vienna’s city hall on Sept. 15, when a cavalcade of 18th-centurystyle coaches filled with tourists will set off on a 10-day journey to Prague, following the route that Mozart took on visits there in 1787 and 1791.

Easily the most controversial tribute is the all-inclusive New York extravaganza, which features such leading performers as pianist Mitsuko Uchida and conductor Zubin Mehta. Many critics and academics have dismissed the decision to perform all of the composer’s compositions as Mozart overkill. But musicologist Neal Zaslaw, who teaches at Cornell University in Ithaca,

N. Y., and who is the academic adviser to the Lincoln Center festival, disagrees. “People are having the opportunity to hear works that they’ve never heard live, or that they’ve never heard at all,” said Zaslaw. “Those who are not interested don’t have to come—only consenting adults.” Indeed, many of the New York concerts have sold out. Meanwhile, the Dutch recording company Philips Classics Productions is in the process of releasing a combination of reissues and new recordings of all Mozart’s works that will fill 180 compact discs.

Canada’s Glory of Mozart festival has no aspirations to be as comprehensive, but its more than 60 events will cover a wide range of Mozart’s work. The Canadian Opera Company will present three full-length works: the perennially popular comic opera The Marriage of Figaro (1786), a new production of the worldly 1790 comedy of manners Cost fan Tutte and the Canadian stage première of La Clemenza di Tito, a rarely performed historical opera set in ancient Rome that was written only months before the composer’s death.

A mixed program of dance works, choreographed to Mozart’s music and featuring ballerina Karen Kain, the Toronto Dance Theatre and the Desrosiers Dance Theatre, also promises to be among the festival’s highlights.

Meanwhile, young artists from five continents will vie for a total of $124,500 in prize money at the competitions in Toronto, St. John’s and Joliette. The jurors, who include soprano Mady Mesplé and harpsichordist Igor Kipnis, selected the competitors by listening to tapes without knowing the entrants’ identities. Noting that 23 of the 40 cassettes selected for the vocal competition were submitted by Cana-

dians, executive director Goldschmidt remarked: “Isn’t that a compliment to our country?”

Taking his own act on the road became a part of Mozart’s life in early childhood. Bom Johannes Chysostomus Wolfgangus Theophilus Mozart in 1756, he was the younger of the two surviving children of Leopold Mozart and his wife, Anna. Three-year-old Wolfgang Mozart watched transfixed as his father, a musician in the court of Salzburg, gave harpsichord lessons to the boy’s eightyear-old sister, Maria Anna, who was called Nannerl. Within a year, he could play the harpsichord and the violin, and had started composing.

Leopold Mozart was a hard-driving man who lived out his ambitions through his children. In 1762, when Nannerl was 11 and Wolfgang was 6, Leopold began displaying his talented children as novelties to the courts of Europe. Wolfgang performed such parlor tricks as playing the harpsichord without being allowed to see the keyboard and naming notes and intervals without looking. He was a sunny, exceptionally attractive child who would grow up to be pale, sickly and undersized. Throughout his life, his letters reveal a fun-

As an adult, Mozart continued to have an itinerant life, but he spent most of his last 10 years in Vienna. It was there that he wrote his great operas Figaro and The Magic Flute, as well as his powerful late symphonies, but on the whole his music was more enthusiastically received in Prague. While based in Vienna, Mozart married Constanze Weber, the younger sister of his first sweetheart, in 1782. They were faithful to each other in their own fashion— evidence suggests that neither was by nature monogamous—but their marriage, which yielded two surviving sons, was a loving one. Both* were terrible money managers: Mozart, who maintained the veneer of affluence by borrowing large sums of money, died deeply in debt.

His final years were a nightmarish vortex of bill colg lectors, overwork and wors§ ening health. In 1791, a mys2 terious stranger commissioned Mozart to I write a requiem mass. The I man was apparently acting on § behalf of an eccentric noblez man who wanted to pass off “ Mozart’s work as his own. But the ill and exhausted composer became convinced that the messenger was an apparition, an unearthly harbinger of his own impending death. “Life was indeed so beautiful, my career began under such fortunate auspices; but one cannot change one’s own destiny,” Mozart wrote in a letter at the time. “Here is my death-song,” he continued, referring to the requiem commission. “I must not leave it incomplete.”

In fact, he did not live to finish his last masterpiece. Near the end of his life, he believed that he had been poisoned—Salieri, the prime suspect, denied the crime on his own deathbed. Researchers now believe that Mozart succumbed to kidney failure after a long history of illness.

Scholars have sifted through every detail of Mozart’s life and music, but the power of his work ultimately defies analysis. Still, many would agree with Toronto composer Tomas Dusatko that one of Mozart’s greatest assets was the gift of simplicity. Said Dusatko, whose own recent Toronto Symphony commission, eine kleine Traummusik, was inspired by Mozart’s F Major Oboe Quartet (K.370): “You know he’s capable of doing mind-boggling things, yet he comes up with something that’s so simple and so direct that it cuts right through to the soul.” Two hundred years after Mozart’s death, as thousands of people are discovering anew this year, the clarity of his music remains undimmed. 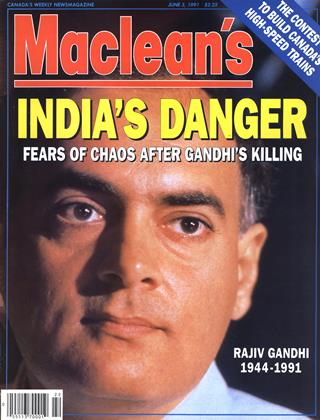