For the last year of his life, before he was gunned down at the age of 62 outside his Brussels apartment on March 22, 1990, Gerald Bull was a

frightened man. The Canadian-born scientist and weapons designer had confided to friends that intruders were entering his residence while he was away. Once, they had rearranged some furniture. Another time, they had removed a set of glasses from a cupboard and replaced them with new ones. On a third occasion, they had left a single strand of long, black hair on a white bedspread. In Arms and the Man, his fascinating new biography of Bull, Washington-based Canadian journalist William Lowther reveals that the scientist felt comfortable only when he was in Iraq, working on weapons systems for Saddam Hussein.

Lowther’s book is the second this year to examine the life of Bull. Arms and the Man is far more colorful, engaging and enlightening than the first biography, Wilderness of Mirrors (Prentice-Hall), written by Toronto-based defence journalist Dale Grant. Lowther has based his account on revealing interviews with the slain man’s family and friends. Fully a third of

his biography is devoted to the last three years of Bull’s life, when the scientist was working almost exclusively for the Iraqis. Although Bull’s assassin was never arrested, Lowther concludes that the gunman was either a member of the Mossad, the Israeli secret service, or had been hired by the Mossad.

Bull was a brilliant scientist, a charismatic employer and a tempestuous personality. He developed some of the most powerful, accurate and deadly artillery guns in the world. But according to Lowther, he remained an outsider whose breakthroughs were either rejected or ignored by the Western military establishments. And he worked obsessively for almost three decades on a gun big enough to shoot a satellite into orbit. Indeed, Bull became deeply involved with the Iraqis because Saddam Hussein was willing to finance his supergun.

Bom in North Bay, Ont., the son of lawyer George Bull and his wife, Gertrude, Bull received a PhD in aeronautical engineering from the University of Toronto at the age of 23. He then spent a decade working on department of national defence projects at a facility north of Quebec City. Bull joined the engineering faculty of Montreal’s McGill University, where he supervised the development of huge guns and projectiles for putting satellites into orbit. In 1967, before the project was completed, Cana-

But because contracts for pure scientific research were scarce, Bull began designing weaponry, and quickly gained an international reputation as a “Mr. Fix-It” for artillery. Over a 10-year period, military representatives of more than 30 countries visited his facilities at Highwater, Que. But in 1980, he was convicted in the United States of selling gun barrels and a radar tracking system to South Africa, in contravention of an embargo. After serving 4V2 months in a minimum-security prison, he set up operations in Brussels in 1981.

Lowther writes that Bull had only two major clients there—the Chinese, who were interested in his artillery, and the Iraqis, who wanted his artillery and his supergun. The gun that Bull envisaged was to have a barrel over three feet in diameter and a length of 512 feet. It could have fired two-ton projectiles the size of a telephone booth into outer space. But Lowther argues that the gun would have been useless, too big to aim and too easy for surveillance satellites to detect because of the 300-foot flame accompanying each firing.

Bull’s fatal mistake, the author concludes, was to serve as an adviser to the Iraqi missile program. According to Lowther, the Israelis had regarded Bull as just another arms developer until “he sauntered with seeming disregard into the sights of those determined to keep large and accurate missile systems out of Saddam’s hands—at any cost.” Technically brilliant but politically naïve, Bull paid for his mistake with his life. 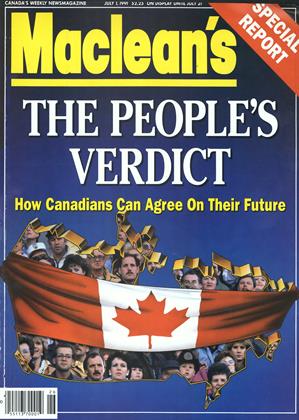