Pierre Rényi says that he has few qualms about arranging elaborate international barters of lumber or meat for his books, but he drew the line at a MiG-23 jet. Rényi, born in the Romanian region of Transylvania, owns a small Toronto-based company that publishes illustrated bilingual English dictionaries for children in 18 languages— including Polish, Ukrainian and Russian. Among his most promising target markets are the newly capitalist nations of Eastern Europe and the Commonwealth of Independent States. But because of acute shortages of foreign currency in those countries, the 45-year-old businessman says that he now spends much of his time trying to arrange exchange agreements for his books.

Last year, one Polish distributor offered him an unarmed MiG fighter, which Rényi

estimated was worth more than $10 million on international aircraft markets, in exchange for two million books. Rényi said that he was intrigued by the offer, but it was too farfetched for him to accept. Said Rényi: “I didn’t want to be the only publisher with an air force.”

In more serious moments, Rényi, like many other businessmen trying to establish a foothold in the chaotic markets of the former Soviet Bloc, says that he has no choice but to pursue high-level bartering. He and other Western businessmen refuse to accept local currency, which cannot be converted into dollars. But Rényi adds that because foreign currency reserves in those countries are increasingly scarce, local merchants and factory managers amass huge stockpiles of commodities that they can trade—“Plastic, glass, steel—anything they can get hold of,” he said. Still, there are no safeguards if a deal goes sour. “There is no commercial law,” Rényi said. “All you are relying on is a handshake.” Despite the risks, Rényi plans to close his first major Eastern European barter deal this

month. According to the plan, Rényi’s customer, a former state-owned book distributor in Kiev, will ship lumber by train from Ukraine to Budapest. There, a middleman will trade the lumber for meat, which will be shipped to Warsaw. In the Polish capital, a customer has agreed to buy the meat from Rényi’s agent and pay for it with Polish zlotys, which are convertible into dollars. Rényi’s agent in Poland will then convert the zlotys into an expected $3 million and deposit the money in a trust account in a Swiss bank. Only then, says Rényi, will he print and ship 500,000 books to Ukraine.

Rényi, who holds a degree in economics from the University of Toronto, says that his type of bartering is inefficient by Western standards. But he predicts that it will persist until Eastern European markets stabilize. Until then, Rényi will have to keep an eye on the international prices of aluminum, raspberries and other commodities. 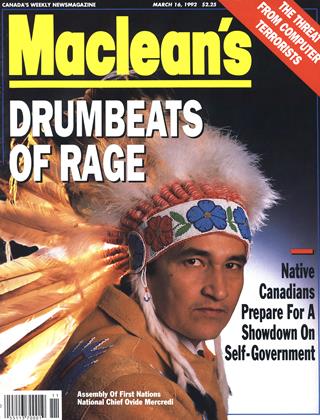