For the past decade, Kurt Browning has spent his summers at Edmonton’s Royal Glenora Club polishing the skills that made him the men’s world figure skating champion from 1989 through 1991. But after losing his title to Ukrainian skater Victor Petrenko at the world championships in Oakland, Calif., last Friday, Browning, 25, of Caroline, Alta., told Maclean’s that this summer will be different. He plans to take a month-long holiday in July, he said, and he may spend more time golfing than skating. He also faces a major career decision: whether to remain amateur or turn professional. But for another young Canadian skater, 20-year-old Elvis Stojko of Richmond Hill, Ont., the immediate future could not be clearer. After winning a bronze medal in Oakland, Stojko said that he was eagerly anticipating a summer of heavy training for next season. “I want to improve my whole package,” said Stojko. “The summer is when we do all our work.”

Although both Browning and Stojko fell short of a gold medal, they did become the first

Canadian singles skaters to share the victory podium at a world championship. And for both skaters, their performances in Oakland were personal triumphs. Browning rebounded from a back injury earlier in the season that prevented him from training for six weeks and contributed to his disappointing sixth-place finish at the Winter Olympics in Albertville, France, a month ago. Stojko continued his rapid rise to the forefront of international skating, which began when he finished ninth at the 1990 world championships in Halifax. Meanwhile, the pairs team of Isabelle Brasseur, from Boucherville, Que., and Lloyd Eisler, of Seaforth, Ont., finished third in Oakland—as they did in Albertville—largely because Brasseur fell twice in their 4V2-minute-long program.

With the Olympics and the world championships behind him, Browning said that he planned to sit down with his Toronto-based agent, Kevin Albrecht, and a team of advisers to plan his future. He is tempted to remain amateur, he added, because the next Winter Olympics, in Lillehammer, Norway, are only

two years away rather than the normal four years. Browning said that winning an Olympic medal, which he failed to do at Calgary in 1988 and at Albertville, would be both personally satisfying and commercially lucrative. “Four years would be too long to wait,” he said. “But two years goes by pretty quickly. So it’s an interesting idea.” Browning must also weigh the risk of further injury to his back in the intensive training— and high-level performances— of amateur skating. He missed the Canadian championships in Moncton, N.B., in mid-January because he was recovering from an injured disc, and later complained that he was far from being in top condition for the Olympics. Besides his back, Browning acknowledges that he must also decide whether he can keep pace with the group of talented young skaters, led by Stojko, who emerged this season. “If I stay,” said Browning, “I don’t expect an easy ride.” While Browning contemplates his next move, Stojko and his Barrie, Ont.-based coach, Doug Leigh, will already

be focused intently on next winter. Stojko is an energetic skater who celebrated his 20th birthday with his mother and his coach while flying to Oakland for the world championships. He also has diverse interests: he is completing first-year studies at York University in Toronto, holds a black belt in karate and, during the summer, often spends several hours a day riding dirt bikes on trails around his parents’ Richmond Hill home.

But all those interests come second to skating. Stojko said that he will train both on and off the ice from 7 a.m. until 1 p.m. five days a week this summer. He practises at the Mariposa School of Skating, a rink and athletic centre that Leigh and the city of Barrie jointly built and operate. Leigh also trained Brian Orser, the 1987 world champion and Calgary silver medallist. After placing a second skater on the medal podium in four years, Leigh declared: “I’m absolutely thrilled. I can’t think of a better way to top off a season than to win a medal at the world championships.”

For Leigh and many Canadian skating fans, Stojko’s bronze medal was sweet vindication for what they saw as poor judging at the Albertville Olympics. There, Leigh pointed out, Stojko skated his short and long programs more cleanly than any of the medal winners. But because he was one of the younger skaters in the field, and less familiar to the judges than his more experienced rivals, he placed only seventh. “He was on the doorstep at the Olympics, but he got left on the doorstep,” said Leigh. “We had to show them again that he is a great skater.” In Oakland, both Stojko and Browning showed enough greatness to reach the podium, just not enough to reach the top. 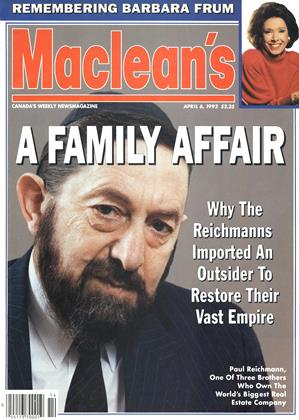