From the outside, the Canadian pavilion at Expo 92, the world’s fair that opened in Seville, Spain, on April 20, looks like little more than a huge metal box. In fact, it is widely praised as one of the most innovative and exciting buildings on the entire site. Canada’s commissioner general, Luc Lavoie, said Vancouver architect Bing Thom designed the 43,000-square-foot building to accommodate large crowds in a city where summertime temperatures frequently reach a searing 45°

C. The pavilion’s three-storey-high walls provide plenty of shade for a large open-air amphitheatre where artists—ranging from Canadian country singer George Fox to blues singer Salome Bey— will perform on a glass stage set above a pool of water.

Last week, during the first three days of the six-monthlong fair, the pavilion drew an average of almost 10,000 people daily, making it one of Expo 92’s most popular attractions. “Our lineup is just endless,” said Lavoie. “And I’m not fooling.”

A total of 110 countries have built pavilions at Expo 92, billed as the largest world’s fair ever. It is a central part of Spain’s celebration of the 500th anniversary of Christopher Columbus’s discovery of the Americas.

Another key part of those celebrations will be the Summer Olympics, which will be held in Barcelona, Spain’s second-largest city after Madrid, from July 25 to Aug. 9. But for the next few weeks, Seville, a city of 700,000 located in the hot, dry and impoverished southwestern region of Andalusia, will be the centre of attention. The 540acre site is on an island in the Guadalquivir River, where Columbus set sail in 1492. And about 18 million people are expected to visit the fair before it closes on Oct. 12, the anniversary of the explorer’s landing in America.

As part of the Columbus connection, the theme of the fair is “the age of discoveries.” But the participating countries have been allowed to interpret the theme loosely and the result, according to both fair officials and visi-

tors, has been a remarkable diversity in the pavilions. Saudi Arabians used several tons of sand to surround an artificial oasis at their pavilion. The Chileans towed a huge chunk of iceberg to the city and have installed it inside their pavilion, along with refrigeration equipment. The Monaco pavilion consists largely of a giant aquarium that holds fish from different parts of the world, a tribute to undersea explorer Jacques Cousteau.

Participating countries and organizations have to cover the cost of their pavilions, but the Spanish government has invested more than $10 billion in Seville and the fair. Clearly, government leaders want to present Spain to the world as a modem European country after emerging from nearly four decades of dictatorship under Gen. Francisco Franco, who died in 1975. The government has purchased a high-speed train and laid new track from Madrid, the capital, which will enable travellers to make the 470km trip in three hours. The city’s airport has been expanded, eight new bridges have been constructed over the Guadalquivir, a new ring road circles the city, and dozens of churches and palaces have been restored.

For two Canadian tourists who visited during opening week, Expo 92 more than lived up to its billing. John Keevil, a 40-year-old Toronto real estate broker, and his companion, 33-year-old graphic artist Diana Isaks, described the fair as expensive but impressive. “It’s been well worth the money,” said Keevil, who added that they each paid almost $50 for admission. “The crowds are small, the weather is perfect and the fair is brand-new.” Isaks said that although the temperature reached 35° on the day that they visited, there were plenty of awnings and screens for shade. Outdoor sprinkler systems also spray jets of fine mist in the air to keep people cool. And that will provide welcome relief as the temperatures soar and the crowds swell. 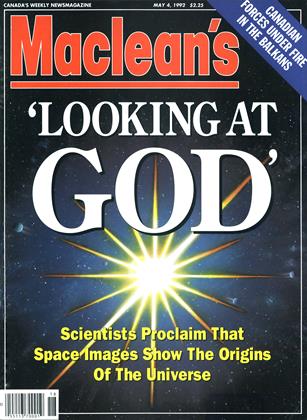