They are the kind of complaints that companies seldom voice in public for fear of retaliation. One Edmonton steel fabricator submitted the lowest bid for a contract in the Northwest Territories. But the contract went to a local steelmaker. The Alberta company was told its bid was low, but not low enough. In another case, an Ontario business-forms manufacturer bid on a contract to supply the Saskatchewan government. But company executives said that it had to build a plant in the province to get the business. Whether the interprovincial trade barriers are subtle or explicit, Canadian companies are lobbying to get rid of them. Roger Phillips, president of Regina-based steelmaker IPSCO Inc., says that the interprovincial barriers are especially incongruous in light of Ottawa’s recent efforts to allow foreign companies greater access to its markets. Canada is one of 108 countries participating in discussions to liberalize world trade under the General Agreement on Tariffs and Trade (GATT). And earlier this month, it signed the North American Free Trade Agreement (NAFTA) with the United States and Mexico. “Here we are negotiating trade agreements with other countries and we restrict the flow of goods within the country,” Phillips said. “It’s ludicrous.”

Many business representatives, from sectors as diverse as trucking and banking, say that barriers to trade among the provinces have to come down for Canada to continue to be competitive. A wide-open market, which would permit the free movement of labor, capital and services, as well as goods, within Canada, would also help to strengthen EastWest ties, they say. But dismantling the complex tapestry of legislative barriers, including such deliberate ones as supply-management marketing boards, which set provincial quotas, and such unintentional ones as differing licensing requirements for skilled and professional

labor, has proved to be extremely difficult. Indeed, when the first ministers met in Charlottetown last week to put the finishing touches on a constitutional accord, they could only settle on a dramatically watered-down version of Prime Minister Brian Mulroney’s prized economic-union package. The agreement-inprinciple to eliminate interprovincial trade barriers included four broad exemptions. Among them: the right for provinces to retain trade barriers if they are intended to reduce economic disparities within provinces. After the final meeting Mulroney told reporters: “I would personally have preferred a better economicunion clause. We will eventually get that.” The provinces erected many of the barriers,

some as far back as Confederation in 1867, to protect their local economies and safeguard employment. Despite the fact that the provinces, usually in response to Ottawa’s efforts, have reached numerous agreements-in-principle to tear down the barriers, such agreements have seldom resulted in direct action.

Still, many economists and business spokesmen say that the provinces should open their borders much wider. According to an April, 1991, study by the Canadian Manufacturers’ Association, there are almost 500 barriers to interprovincial trade. If those barriers were to disappear, the association estimates that Canadians would save at least $6.5 billion a year. Of that, about $5 billion a year would be saved if provincial governments bought goods and services from the lowest bidder, rather than from the bidder with a local address. At the same time, the study says that the elimination of those barriers would save consumers $1.5 billion a year for beer, wine and agricultural products.

president of the Business Council on National Issues, which is composed of the chief executives of 150 top Canadian companies. D’Aquino pointed out that Canada’s protectionist provincial beer markets opened up only after GATT ruled late last year that Canada had violated terms of the international trade agreement by discriminating against U.S. beer makers. That ruling opened the way for Canadian producers to sell their product in provinces where they do not brew beer.

Still, Derek Oland, president of Saint John, N.B.-based Moosehead Breweries Ltd., said that more has to be done to remove the trade barriers. Moosehead, which is the seventhlargest-selling beer import in the United States, became available in Ontario in May when liquor stores began selling it. But Oland said that

environmental and other taxes, which Ontario claims are legal under GATT, have pushed the price of a six-pack of Moosehead to $8.20, compared with $7.35 for regular brands. “It is no longer, ‘No, you can’t use our system,’ but it’s getting more expensive,” Oland said. “Surely, that was not what was intended.”

Economist Andrew Jackson said that it is too simplistic to talk about removing all interprovincial barriers to trade. “Some barriers have important social and public policy goals,” said Jackson, senior economist with the Canadian Labor Congress in Ottawa. He cited investment funds in British Columbia, Manitoba and Quebec in which investors can obtain provincial tax breaks if they invest in local companies. “In the abstract, these are barriers to the free flow of capital,” said Jackson, “but they are useful to encourage new industry.”

Despite Jackson’s assertion, some provincial rules and regulations seem needlessly obstructionist. The patchwork of provincial regulations governing the trucking industry, for one, is a persistent problem for almost anyone who needs to transport goods. David Bradley, president of the Ontario Trucking Association, said that after a three-year, $3-million study in the mid-1980s, the western provinces and Quebec harmonized their regulations to state that tractor-trailers could be a maximum 82 feet long. But Ontario limits truck lengths to 75 feet. Said Bradley: “It is easier to run a truck from Toronto to the Mexican border than it is to run a truck across Canada.”

Like trucking, the financial services industry is heavily—and unevenly—regulated. “It is a nightmare at times,” said John Pattison, senior vice-president of compliance at the Canadian Imperial Bank of Commerce. Pattison cited provincial rules governing telephone lines for customers inquiring about the bank’s mutual funds. In British Columbia, Alberta and Ontario, mutual-fund telephone calls made during normal business hours must be answered by a bank employee registered to sell mutual funds in, and resident in, the province where the caller is located. After business hours, the three provinces allow the calls to be answered by someone who is merely registered in the province, thereby allowing the bank to route calls to a central office after hours rather than staffing an office in each province. But Saskatchewan and Quebec, he said, require that any calls, regardless of the time of day, must be answered by someone registered and resident in the province. And other provinces have different rules.

That provincial disharmony, even over such relatively innocuous issues as information lines, comes with a price tag. “The cost of all that regulation gets passed on,” said Pattison, “either to the customer who buys the securities or to the issuer who sells them.” But because local producers who fear outside competition tend to be more vocal than consumers, it may be a long time before the provinces agree to free trade at home. 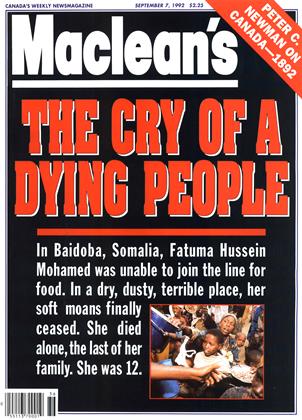