The burly, brush-cut coroner delivered his testimony with German-accented authority and deadly effectiveness. The two men and one woman slain in a hail of 9-mm bullets in a run-down house in east Lubbock, Tex., on Sept. 10, 1987, Dr. Ralph Erdmann intoned, died at or around 12:30 in the morning. That testimony at a 1988 trial confirmed the prosecution’s theory of a drug deal gone sour. And the jury wasted little time in finding then2 2-year-old cocaine kingpin Damon Richardson guilty of first-degree murder. In Texas, that crime is still called “capital murder,” and carries the death penalty, and Richardson was sentenced to die. There was only one small problem: the killings almost certainly did not happen as Erdmann described them.

But as the citizens of Lubbock learned during a series of grisly disclosures over several months in 1992, Erdmann, 66, only occasionally based his testimony on fact. Indeed, he produced many of the post-mortem reports, which he provided to more than 40 north Texas counties over a period of nine years, without ever bothering to conduct autopsies. On several occasions, Erdmann mixed up tissue samples from different cadavers, in one especially macabre instance, returning the head of a 14year-old boy with the skeletal remains of an adult woman to a county morgue. Other corpses entrusted to his care lost organs such as their heart and brain to Erdmann’s sideline of providing human tissue for researchers.

Erdmann’s lurid career finally came to an end last September, when he did not contest a total of seven criminal charges laid against him in three Texas counties. But his downfall left a legacy of doubtful verdicts, judicial chaos and bitter legal infighting that has already produced at least three new sets of indictments— levelled against Erdmann’s critics.

Doubts about Erdmann’s competence first surfaced publicly last April. Lawyers defending 20-year-old Douglas Palmer, one of five men charged with beating an elderly Amarillo man to death, challenged the source of tissue samples that Erdmann claimed he had taken from the victim. Subsequent tests indicated that in fact the tissue had come from a much younger person. Texas State Judge John McFall took the unusual step of naming a special prosecutor to investigate the coroner’s practices. And Lubbock attorney Tommy Turner quickly began to uncover evidence that Erdmann was no Quincy, the crusading coroner of television fame. “Out of 100 autopsies we sampled,” Turner announced, “we have good reason to believe at least 30 were false.”

In nearby Ector County, a local judge re-

vealed that police had stopped sending bodies to Erdmann because they began to suspect that “he wouldn’t do the autopsy. He would ask what was the police theory and recite results to coincide with their theories.” Even Erdmann’s origins were not as they seemed: despite the German accent and surname, he was born in

As the investigation widened, the disclosures only became more gruesome. A homicide detective in Odessa, Tex., revealed that a murder case was derailed when Erdmann misplaced the victim’s severed head. In July, Turner laid the first charges against Erdmann in Lubbock County—for tampering with evidence. Similar charges followed in two other counties. Erdmann relinquished his medical licence last August and a month later concluded a plea-bargain that will see him serve a 10year probation and repay more than $21,000 in restitution for autopsies that he did not perform.

Still, doubts remain about the cases in which Erdmann’s testimony led to convictions, and about his close relationship with Lubbock dis-

trict attorney Travis Ware. Ware, a gun-toting Republican advocate of strict law and order, used Erdmann’s testimony to win convictions in six capital murder cases between 1988 and 1992. He remained a staunch defender of the embattled coroner even after investigators began to uncover the full scope of Erdmann’s misdeeds. Antagonism between Erdmann’s critics and Ware deepened last fall when Ware brought criminal indictments against two Lubbock policemen and an Atlanta, Ga.-based defence lawyer who had been instrumental in bringing Erdmann down.

Meanwhile, the Palmer case is still mired in the fallout from Erdmann’s disgrace. Palmer remains in custody while his lawyers and the prosecution await the results of DNA tests of disputed tissue samples produced by Erdmann

that should prove conclusively whether they came from Palmer’s alleged victim. In Damon Richardson’s case, fresh doubts about the reliability of Erdmann’s testimony about the time of his alleged victims’ deaths could produce a new trial.

As for Erdmann himself, he has consistently denied any intentional wrongdoing, insisting that he was merely overworked by demands for as many as 400 autopsies a year. “I am a pioneer in forensic pathology here,” the former $171,000-a-year coroner told one local newspaper. “I don’t think any other people have the track record that I have.” The people of north Texas can only hope that in that, at least, Rafael Rodriguez was speaking the truth. 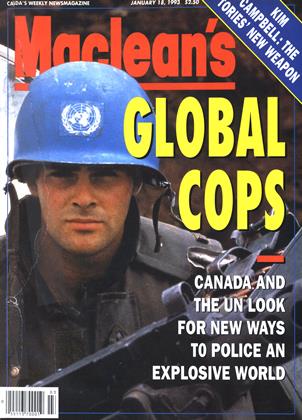