It is 11 a.m., and Vikram Seth is sipping flat champagne as he poses for a photographer in his Toronto hotel room. Around his slim shoulders, the 41-year-

old author of the season’s publishing sensation, A Suitable Boy, has wrapped a brightly colored Indian shawl. Seth finds it cold in Toronto: when he left his native India the previous week, the thermometer was close to 40° C. But the Canadian climate has clearly not dampened the spirits of a man whose second novel has earned more than $1 million in advances from its Indian, British and North American publishers—as well as eliciting glowing comparisons with the work of Tolstoy and Austen. As the shutter clicks and his expression changes, Seth playfully pretends to be one of the central characters from his own

book. “Now I’m Mrs. Rupa Mehra,” he says. And in truth, his handsome, mobile face and dark eyes seem to yield flashes of the myriad personalities that populate A Suitable Boy.

On a nearby table lies a copy of the new novel in all its imposing bulk. At 1,349 pages, it is so heavy (1.8 kg) that Seth has prefaced the novel with a verse imploring any would-be purchaser to “Buy me before good sense insists/You’ll strain your purse and strain your wrists.”

Bom in Calcutta, Seth was educated at Oxford and at Stanford University, near San Francisco, choosing to study economics and politics rather than literature. “I thought if I had to read

all that literary criticism, I’d probably lose my taste for literature,” he said. Although he never finished his PhD, during his 11 years at Stanford he did write a novel in rhymed verse, The Golden Gate (1986), whose bittersweet evocation of California life in the 1980s sold more than 100,000 copies. Seth has also written three volumes of poetry and a travel book,

From Heaven Lake, recounting his hitchhiking trip across China in 1981.

A small, delicate-looking man, Seth would seem to be a more natural author of epigrams than of epics. And certainly there is little in the lapidary craftsmanship of his earlier works to presage the ambitious sprawl of A Suitable Boy. Set in India in 1951 and 1952,

the novel recalls a time when the country, riven by tensions between its Hindu majority and large Muslim community, was facing its first critical elections since winning independence from Britain in 1947. And while most of the book’s interwoven tales concern the members of four well-to-do families, A Suitable Boy sounds the entire Indian social reg-

ister, right down to the the brutally hard life of its landless peasants.

Seth says that the book’s vast scope was entirely unplanned. Eight years ago, he set out to write a slim novel about Mrs. Rupa Mehra, the warm and chatty matriarch who spends much of the story trying to find a suitable marriage partner for her daughter Lata. “I would call Mrs. Mehra the muse of the project,” Seth said. “She arrived one day and said, ‘This is the story of me and my daughters.’ But then her two sons appeared, and after them—well, by the end of Part 1,1 had opened several cans of worms and the worms were falling all over the table.”

Seth soon realized that if he were to do justice to his proliferating tale, he would have to learn much more about Indian life in the early 1950s. To create the character of Saeeda Bai, a wealthy courtesan, he sought people who had known such figures

40 years ago. His father, Prem, a shoe company executive, helped by filling in Seth’s meticulously detailed questionnaires about the making and selling of shoes—information Seth used to shape the career of Haresh, Lata’s most ambitious suitor.

During the long process of researching and writing, the unmarried Seth lived in the New Delhi home of his father and mother, Leila, a retired judge. “I think I must have been quite hard to live with,” he now says, recalling “some very unhappy periods” when his inspiration ran dry. There was physical stress, too. Seth likes to wake up at noon and begin writing in bed—longhand. Eventually his hand gave out. “I was in such pain I couldn’t lift a teacup or a spoon,” he recalls. He then tried a computer (a laptop, which allowed him to stay in bed) and, for a while, he experimented with dictating to a friend. And as his novel grew steadily larger, he became convinced that it would be “an economic catastrophe” to publish or, if published, too expensive to sell well. Yet despite being one of the highest-priced novels ever published in England (where it appeared in March), it quickly vaulted to the top of the London Times best-seller list.

A Suitable Boy opens with the wedding of Lata’s sister, Savita, and ends with Lata’s own marriage—to one of the three suitors who have pursued her throughout

the novel. Seth’s handling of the institution of marriage is generous and uncynical—quite different from the typical stance of contemporary Western novelists, who tend to portray married life as a form of limitation and torment. Lata, like most of the women around her, sees marriage more as a vehicle for stability and prosperity than as an opportunity for personal expression. That clear-eyed acceptance of communal values, with some individualistic fretting at the edges, helps give A Suitable Boy its sunny disposition. The book’s sensibility seems to hail from another time: Seth is reminiscent of Austen and Thackeray, who wrote with such humorous affirmation (for all the satirical currents in their work) of courtships and weddings.

Some of that vision may be idealizing on Seth’s part. There is little in A Suitable Boy of the darker aspects of Indian married life: none of his female characters is married against her will, or burned alive because she or her dowry is deemed insufficient. Yet, the happy spirit of the novel seems neither sentimental nor blind. It is a natural gift of the author, who never mocks or dismisses his characters. Seth’s clear, almost naively straightforward style represents an attempt to let his characters and their world stand free from authorial intrusion. Said Seth: “If there was a certain roughness, then I let it stand because the better expression would have drawn the reader’s attention to the brilliance of the sentence rather than to the world I was describing.”

Yet there is nothing rough in Seth’s handling of the novel’s web of relationships, where strands of marriage, friendship and coincidence bind scores of characters into a natural and esthetically pleasing whole. Savita is married to a lecturer in English literature, Pran Kapoor, the son of a government minister, Mahesh Kapoor, author of an act designed to give India’s landless peasants their own farms. Kapoor’s other son, Maan, witnesses the abject poverty of such people when he settles for a few weeks in a remote village (he has been banished there on the whim of his lover, Saeeda Bai). And buried within Maan’s story is the sad tale of Kacheru, a desperately poor laborer who ends up utterly ruined. Although Kacheru’s story occupies only a few pages, it strikes the novel’s deepest tragic chord—a reminder of the suffering that in India lies just beyond the silken rustle of saris.

The pages of A Suitable Boy brim with a quiet praise of ordinary life. Great storytellers have no need to sensationalize. They simply present and, by the force of their clarity and empathy, keep the reader’s unflagging interest. Seth is one of that company. His account of how Haresh makes a pair of shoes to impress his European employers has the hypnotic appeal of a classic fairy tale. The comparisons that have been made between Seth and Tolstoy have some merit. Tolstoy is the greater writer, with a more penetrating intellect and psychological sense. But Seth’s presentation of character is masterful and generous.

Seth recalls that, during his eight-year writing ordeal, he despaired of finding a publisher. He would tell himself, “There must be an audience for a tale cleanly told—no matter how long it is.” He was right: there was an audience. A big book in more than size, A Suitable Boy will win readers for decades to come. 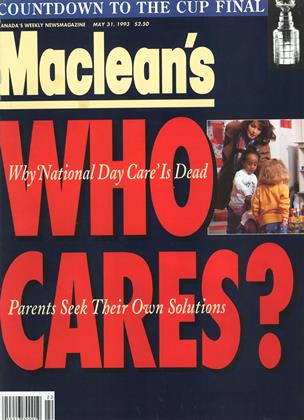