As a physics professor at Simon Fraser University in Burnaby, B.C., Leigh Palmer spends much of his time giving lectures and answering questions, some of which he deals with on an internal computer system to which his students have access. At home in the evening, Palmer sits down at his personal computer and enters an electronic universe in which the usual constraints of time and distance are obliterated so that millions of participants in dozens of countries can exchange information, theories, news and gossip at all hours of the day and night. The rapidly growing global computer network, which is used by an estimated 10 million academic and government researchers, business personnel and computer nerds around the world, is called Internet. Because Internet facilitates rapid communication among scientists and the exchange of huge amounts of information, Palmer says that he and many other academics now regard it as essential to their work. Adds Palmer: “I think that Internet is the most important technical development in the sciences of the past two decades.”

zations and corporations during the early 1980s, Internet expanded to link 25 regional U.S. networks, which now cover about half of the 3,500 universities and colleges as well as hundreds of government agencies and corporations in the United States. Internet also connects networks in more than 50 countries, including most of Europe, Russia, China, Hong Kong, Australia and New Zealand, some Latin American nations and Canada, where CA*net links regional Canadian networks with each other and with Internet. The network, says Palmer, “makes the whole world your college.”

Every day, Internet switches gargantuan amounts of data from place to place, as participants engage in on-line conversations or exchange messages through electronic mail systems. They read or contribute to some of Internet’s more than 6,000 so-called news groups, in which discussions and debates are held on topics that include a vast array of scientific and academic areas of study. As well, Internet can be used to give scientists access to data stored in distant computers. Chris Beaumont, a geophysicist at Halifax’s Dalhousie University, last week was planning to use Internet as a means of creating dramatic visual displays of data. After gaining ac-

cess to Beaumont’s data via Internet, an Australian scientist will use computerized projections worked out by Beaumont to create videos on special equipment at Canberra’s Australian National University, to show the evolution of river and mountain systems over millions of years.

While weighty academic matters are Internet’s main business, the network has a less serious side. Christopher Neufeld, who is working on a PhD in physics at the University of Toronto, regularly scans dozens of news groups dealing with serious scientific matters but also several groups devoted to various aspects of science fiction. Says Neufeld: “There are just loads of things to read.”

With its global reach and crowded news groups, Internet stands on the summit of the hierarchy of computer networks that currently are used by about 12 million North Americans. At the other end of the scale are the * flourishing local electronic bulletin boards that provide a forum for discussions on anything from computers and cuisine to religion and romance. Anybody with a $100 software package that accepts and stores incoming messages can set up a bulletin board. To make contact with a wider electronic world, bulletin boards can connect into commercially operated services such as Toronto’s CRS Online. David Chaloner, general manager of CRS Online, says that one bulletin board linkup run by his firm connects teenagers across North America. Some commercial services, including CRS Online and CompuServe, based in Columbus, Ohio, provide customers with services that include regular news reports, financial information, computer games—and access to Internet itself. Many computer owners who are outside the academic world want access to Internet because of its wide range of news groups, or to use the network to send messages through its communications channels.

But scientists and other academics remain the largest users of the network. Paul Ginsparg, a high-energy-particle physicist with the U.S. National Laboratory in Los Alamos, N.M., has developed a software system that is used for distributing scientific papers throughout the network. In developing nations, says Ginsparg, the rapid dissemination of scientific knowledge through Internet “is reducing geographic inequalities and inequalities in resources.” And because of Internet, adds Simon Fraser’s Palmer, “scientific papers are now being co-authored by people who have never met.” As a result of that kind of collaboration, scientists say that they are more inclined to see specialists in other countries not as rivals, but as colleagues in the global universe of knowledge that Internet and other computer networks have brought into being. 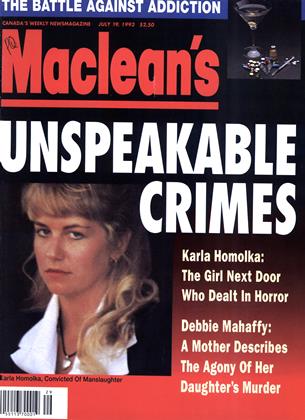