When Sergei Portnikov went to traffic police headquarters in Moscow last week to pay a 1,200-ruble ($1.50) fee to certify his battered, 1988 Lada as roadworthy for another year, he brought along a bottle of vodka. The 37year-old radio technician slipped the duty officer the liquid bribe to avoid a supposedly mandatory inspection on his car, which has only one working headlight and questionable brakes. But two days later, Portnikov got a follow-up call from the cop he had paid off: the registration fee had gone up, he was told. Now the price was two bottles of vodka.

Without argument, Portnikov promptly headed off to the nearest sidewalk kiosk selling liquor.

He, like most Russians, stoically accepts that many official and business transactions must be sweetened with favors, bribes or kickbacks. As a result, a flurry of recent allegations of corruption at the highest levels of government have caused him little -

Certainly, the new Russia that is struggling to emerge from the ruins of communism is a rough-edged society marked by blatant crime and ineffectual punishment. Fraud and other white-collar crimes are soaring as criminal organizations and corrupt officials seek to profit from Russia’s chaotic transition to a market economy. Russian and Western observers alike say that crime, business and government in Russia are now interlinked to an astonishing degree that ranges from traffic cops on the take to civilian and military officials plundering the nation’s wealth for personal gain. Said Jeremy Kinsman, Canada’s ambassador to Moscow: “Corruption is the biggest problem facing Russia today—not only in government but throughout the entire society.” And as Kinsman and other Canadian officials are keenly aware, the fallout from charges and countercharges of corruption, exchanged by supporters and opponents of Russian President Boris Yeltsin, can extend as far afield as Canada.

The cutthroat game of Kremlin politics moved into a new phase last April, when Russian Vice-President Alexander Rutskoi decisively broke with Yeltsin by charging that the top levels of government were riddled with corruption. Rutskoi promptly turned over 11 suitcases full of alleged evidence to Valentin -

Stepankov, Russia’s chief prosecutor, who had become convinced that Yeltsin was leading the country to ruin. According to Rutskoi, who has aligned himself with Russia’s Parliament in a power struggle with Yeltsin, that luggage bulged with dirt that he had dug up during his tenure as the head of a special anticorruption commission.

Prominent among those whom Rutskoi fingered for investigation was Vladimir Shumeiko, 48, a first deputy prime minister and an influential Yeltsin aide. As Shumeiko denied allegations that he had embezzled $19 million in state funds, an angry Yeltsin stripped Rutskoi of all government posts—including the chairmanship of the corruption commission.

The president’s men then set about preparing to sling some dirt in return. And last month, the five-member anti-corruption commission, now solidly pro-Yeltsin, fired back at its former chief, accusing him of corruption. It did so by alleging that a firm connected with the international trading company, Zurich-based Seabeco Group, which until last year had its headquarters in Toronto, had deposited at least $4 million in a secret bank account that Rutskoi controls in Switzerland.

There is no evidence of wrongdoing against Seabeco, which specializes in business ventures in Russia and other former Soviet republics. But another unproven allegation against Rutskoi by the corruption commission—that money had been diverted from Russian state funds intended for the purchase of baby food—has focused attention on Seabeco, a multinational firm that Lithuanian emigré Boris Birshtein incorporated in Toronto in 1985. I Corruption commission investigator Andrei Makarov has I credited Toronto resident > Dmitri Iakoubovski, a former I Seabeco employee who had a 8 falling out with Birshtein last year, with providing important

In a sensational late August news conference that was broadcast across the country, Makarov then accused chief prosecutor Stepankov of conspiring against Yeltsin. According to Makarov, on July 22 Stepankov telephoned Iakoubovski, a former colleague who had briefly worked in the prosecutor’s office last year, and discussed having Makarov killed to derail the corruption investigation. But, Makarov claimed, Iakoubovski secretly tape-recorded the conversation and promptly informed the Yeltsin side of the alleged death plot—a chronicle of events that Stepankov has hotly denied. Makarov and another corruption investigator plan to visit Toronto to further interview Iakoubovski, perhaps as early as this week.

Certainly the 30-year-old Iakoubovski, who has described himself as a former investigator fighting corruption—on the Yeltsin side of Russia’s muddy power struggle—has had an eventful summer. Between the time that he taped Stepankov’s telephone remarks and his subsequent lionization by Yeltsin supporters, someone left a threatening note in Russian near his luxury Toronto residence on Aug. 11. The unknown visitor underlined the written demand that Iakoubovski stop speaking out about Russian corruption by firing three shots through the gates of his $5-million mansion, hitting Iakoubovski’s BMW.

Those bullet holes aside, the most tangible results of Russia’s political mudslinging to date have been blanket denials of impropriety and a smattering of libel and slander lawsuits on both sides of the Atlantic. In Canada, lawyers representing Seabeco are seeking $40 million in damages from Iakoubovski for statements that have allegedly misrepresented the firm’s activities and harmed Birshtein’s reputation. In Moscow, meanwhile, Shumeiko has filed a slander suit against Rutskoi, who in turn is contemplating similar action against Yeltsin loyalists. That course of action became more likely earlier this month when Moscow public prosecutor Gennady Ponomaryov concluded that, after reviewing 1,000 pages of documents, there did not appear to be enough evidence to warrant laying criminal charges against the Russian vice-president.

Ponomaryov has been remarkably candid about the difficulties of bringing powerful politicians to trial at a time when the executive and parliamentary branches of the Russian government are struggling for supremacy. Said Ponomaryov: “No one is able to lay his hands on the most corrupt individuals among the leadership. The president’s commission relies on part of the investigative bodies while parliament relies on the other.”

In that sulphurous atmosphere, even the actions of reformers intent on checking corruption can incite suspicion. Foreign Trade Minister Sergei Glazyev discovered that recently when he sought to impose more controls over loosely monitored exports of oil, gas and metals. Investigators cleared him of any involvement in a scam in which seven million tons of state-subsidized oil were quietly redirected to more profitable markets in Western Europe. And Glazyev eventually got his way. But critics among his cabinet colleagues continue to maintain that slashing oil and metal export permits from 200 to about 15 will simply concentrate the power to solicit bribes.

With such internal government debates receiving widespread coverage by the country’s news media, few Russians harbor any illusions about the pervasiveness of crime and corruption. Thanks to a little vodka, car owner Portnikov, for one, has a certificate allowing him to drive around Moscow in a car that would fail a proper safety inspection. It is a condition familiar to millions of Russians: bypassing the laws of an increasingly lawless country. 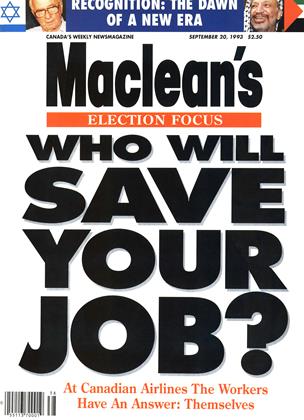