Could there ever be an end to war? ANDREW PHILLIPS January 10 1994

Making war, as John Keegan amply documents in his ambitious new study, has a strong claim to being the world’s oldest profession, ahead even of the traditional rival for that title. Scratchy cave paintings dating back 10,000 years depict bowmen shooting arrows at their Stone Age enemies. Yet Keegan comes, albeit tentatively, to a radical conclusion: an end to war may finally be in sight. “Despite confusion and uncertainty,” he writes, “it seems just possible to glimpse the emerging outline of a world without war.” Too bad the rest of his book provides

little evidence for such optimism.

Keegan is no wide-eyed idealist. He is one of Britain’s leading military historians, and the one who has written most convincingly about what war actually feels like for the men at the sharp end. In The Face of Battle, his 1976 study of four key battles, he documented the sounds and smells of combat as no one had done before. A History of Warfare displays his gift for detailed reconstruction— from the highly ritualized encounters of primitive warriors to the 20th-century nightmare of “total war.” The irony, as Keegan notes, is that almost all supposedly primitive peoples adopted tactics that limited casualties and muted the effects of war: evasion, retreat and symbolic duels. They “made no fetish of hopeless courage,” in Keegan’s

memorable phrase, and their restrictions on all-out warfare amounted to an elemental system of arms control, one that modern peoples dismantled to their eternal cost.

It was the Greeks who were the first to break decisively with that tradition, adopting pitched battles and face-to-face combat in a way that shocked their contemporaries. But Keegan’s chief villain is the 19th-century soldier and philosopher of war Carl von Clausewitz. Clausewitz’s work On War, inspired by his experiences as a Prussian officer in some of the bloodiest battles of the Napoleonic Wars, became the most influential book on the subject. Keegan sets out to demonstrate that Clausewitz’s famous dictum—that war is the continuation of policy by other means—is both factually wrong and disastrous in its implications. Wrong because warfare can be determined by cultural and social factors as much as by politics. Disastrous because Clausewitz’s theories provided intellectual underpinning for the drive by modern leaders to throw off all restraint and plunge their peoples into the charnel house of the world wars.

Keegan uses Clausewitz as something of a theoretical punching bag. The Prussian can hardly be blamed, though, for the misuse of his theories by First World War generals who sacrificed hundreds of thousands of men in futile struggles, or by Hitler, who in his final testament to the German people cited “the great Clausewitz” as justification for what he had tried to achieve. In seeking an al-

temative theory of war, however, Keegan falls into an intellectual muddle.

He began work on A History of Warfare in 1989, and his thinking has clearly been shaped by the collapse of the Soviet threat to the West and by the liberation of Kuwait from Iraqi occupation in 1991. Moscow’s support for the American campaign against Iraq allowed the Gulf War to be fought under the cover of United Nations resolutions—and Keegan calls it no less than “the first genuine triumph” of the idea of the just war since its principles were laid out in the 17th century by Dutch lawyer Hugo Grotius. For Keegan, the multinational force arrayed against Iraq can be a model for future warriors who take up arms to protect civilization against “ethnic bigots, regional warlords, ideological intransigents, common pillagers and organized international criminals.”

It sounds great—or rather, it would have sounded great in that brief interlude when George Bush and Norman Schwarzkopf had seemingly vanquished Saddam Hussein and ushered in the short-lived “new world order.” It sounds much less convincing now that other more intractable conflicts are defeating the best intentions

of peacekeepers and would-be peacemakers. Somalia and the former Yugoslavia are only the most obvious examples of places where ethnic bigots, regional warlords and the rest are running wild. And Saddam’s survival in power demonstrates, as Keegan himself observes, the ultimate powerlessness of Western might against an opponent who is defeated in every conventional military sense but still claims victory according to an entirely different set of cultural assumptions.

Keegan wrestles uneasily with the dilemma recognized by all but the strictest of pacifists: modem warfare is intolerable, yet a world without armies would fall into chaos and be uninhabitable. His solution: today’s warriors must break with the Clausewitzian assumption that war is a legitimate and necessary extension of political goals. Rather, they must rediscover the virtues of earlier times. Writes the author: “The habits of the primitive— devotees themselves of restraint, diplomacy and negotiation—deserve relearning.” Keegan’s new-age practitioners of new-style warfare would certainly be different from what we are all too used to. It is far less clear, though, that they would achieve anything we would recognize as peace. 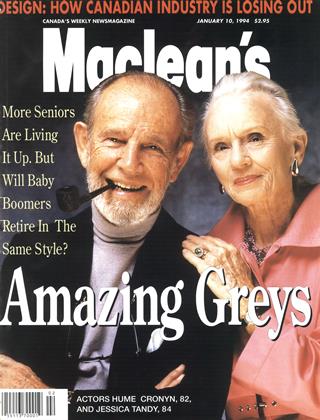