Bemie Van Maren is glad that he decided not to have his day in court, and he advises any other business owner facing potential lawsuits to do the same thing. Van Maren, 41, is a Vancouver-based home builder and, like most builders, he occasionally has disputes over contracts with his suppliers. Last May, a shipment of wooden roof trusses arrived several months late at one of his projects, a delay that cost Van Maren $12,500. The builder said that the delay was the supplier’s fault and he considered suing to recover the money. But it likely would have taken about a year and a half to obtain a court date, and he and the supplier probably would have had to pay about $20,000 each to lawyers for a three-day trial—and then wait several months for a judge’s decision. Instead, Van Maren and his supplier took their dispute to an arbitration committee of the Amalgamated Construction Association of British Columbia. They prepared their own written summaries of the case. On Aug. 26, a panel of a dozen fellow contractors and suppliers listened to the two sides’ submissions in an informal three-hour hearing. Two weeks later, the panel ruled in favor of Van Maren. The advantages of settling the dispute in that forum were obvious—for both sides. Declared Van Maren: “The court system will screw you every time, regardless of whether you win or lose.”

Thousands of other Canadian businessmen and women are just as frustrated by the years of delays and sky-high lawyers’ bills involved in taking even small commercial lawsuits to court. And like Van Maren, more and more of them are opting for socalled alternate dispute resolution (ADR) methods to resolve legal conflicts. There are several new buzzwords that describe those methods, including “confidential listening” and “refereeing,” but all of them involve turning the case over to private mediators who supervise talks between the two parties, or to arbitrators who have the power to order legally binding settlements. Although there are no definitive estimates, there are now at least 1,000 fulland part-time mediators and arbitrators in Canada. The bulk of them are lawyers, but many are just experts in a particular industry or field. And in an attempt to relieve pressure on the already crowded court system, Ottawa and the provinces—and even the Canadian Bar Association—are trying to expand the application of ADR to resolve various commercial disputes, in the hope that more informal proceedings will help to lower legal costs and produce quicker settlements.

But even though several recent studies show that that is indeed the case, corporate executives and their lawyers still appear to have deep reservations about bypassing the courts—and sometimes mediation does not work. Last month, in one of the largest cases to date to go to ADR, executives from Air Canada and PWA Corp., the parent company of Canadian Airlines International Ltd., broke off talks aimed at resolving all outstanding disputes between the two feuding airlines. Stanley Hartt, chief executive of Toronto-based Camdev Corp., who was a labor lawyer and mediator in the 1970s, supervised the discussions at the request of the two airlines. He met with top executives from the two sides 10 times between Nov. 28 and Dec. 15. Hartt declined to divulge any details of those talks, citing a confidentiality agreement signed by all the participants. But despite the breakdown, he told Maclean’s that the talks were cordial, and that the terms of a potential settlement were on the table when both parties walked away. “They knew exactly where a deal was before they chose not to make it,” he said. He added: “It isn’t always as simple as saying, ‘Ah, c’mon fellas, let’s get along.’ ”

At first glance, it is difficult to see how using private mediators instead of the courts can save businesses money. Unlike court judges, private mediators and arbitrators charge the disputing parties for their services—up to several hundred dollars an hour. But if mediators are successful, they

usually allow both sides to avoid costly litigation that can drag on for years—exactly the prospect that Air Canada and PWA now face.

Although Hartt failed to resolve the airline feud, the breakdown appears to be an exception rather than the rule for cases that go to ADR. In a survey released last fall of 140 commercial disputes in Ontario in 1991 and 1992 that were heard by arbitrators rather than judges, Toronto lawyer John Carson and University of Toronto law professor Bill Graham found that 93 per cent of arbitration cases were settled without any further appeal to the courts. As well, they concluded that arbitration is far less costly and time-consuming than litigation. In total, 95 per cent of the arbitration cases were resolved in less than six months. By comparison, Carson and Graham say that almost any significant commercial lawsuit takes two to four years to get to court. They also found that the arbitration hearings took an average of three days, compared with up to 10 days for court trials—with both sides paying law firms an average of $20,000 to $25,000 a day for their services. Lawyers argue most commercial arbitrations, and many arbitrators and mediators are lawyers themselves. But because arbitration procedures are less formal than those in a court, Carson and Graham say that the daily lawyers’ fees “should be substantially lower.”

Despite those apparent advantages, use of ADR in Canada has historically been concentrated in the construction industry. There, builders and developers in charge of even the smallest projects usually sign dozens— even hundreds—of contracts with suppliers and tradesmen. Conflicts and delays are inevitable. But the builders cannot afford to have entire projects stand idle while they wait for a judge to resolve a dispute. As a result, construction associations in most major Canadian cities offer arbitration services. In Vancouver, the Amalgamated Construction Association’s service is 25 years old. Dolphe Hoffman, a retired chartered accountant who co-ordinates the service, said that informal panels save time because they are made up of builders, plumbers, electricians and other experts who are already familiar with industry terms and practices. As well, the association forbids lawyers from arguing cases in front of its panels. Said Hoffman: “We don’t want to get into a lot of legalese and gobbledegook.”

Most companies with extensive dealings in the Caribbean, Africa and elsewhere in the Third World have also encountered ADR before. Clauses that provide for arbitration of disputes arising in those countries have

been a common feature of most international contracts for decades. According to Roger Marentette, a Windsor, Ont.-based mediator, arbitrator and consultant who has represented contractors and other clients in several Third World nations, the courts and legal systems in those countries “are just totally corrupt,” and must be avoided by outsiders at all costs.

But within Canada, use of ADR is slowly starting to spread beyond the construction industry—even in huge, complex cases. One of the biggest settlements to date stemmed from a massive fire at the giant Suncor tar sands plant in Fort McMurray,

Alta., in 1987. The company acknowledged general responsibility for the original fire. But in 1989, Suncor filed a $170-million lawsuit against several engineers and contractors who built and renovated the plant, as well as the suppliers and manufacturers of electrical cables in the plant. The company alleged that the covering of cables in the plant had the propensity to spread fire. Lawyers for the almost 100 parties in the case, including Suncor, the contractors and their insurers, held formal preliminary discussions over the next three years.

In the fall of 1992, the parties called in a Vancouver-based lawyer and mediator, Don

Munroe, to organize future proceedings. But within nine months, Munroe cajoled the parties into agreeing to an undisclosed settlement, which they signed last June. “If we’d gone the full nine yards, with everyone with their war faces on, we would have been in court until 1995 or 1996,” said Webster Macdonald, a Calgary lawyer who represented one of the engineering firms involved. He joked: “It was settled with much pleasure to those who would have paid the bills, and much disappointment to those who would have collected them.”

Cash-strapped governments are also turning to ADR in an attempt to cut down on the tens of millions of dollars they spend every year on court battles. Like private companies, Ottawa and the provinces often pay out more in legal fees and court costs than the sums at issue in lawsuits—just to prove a point. In one widely cited 1992 decision, Justice James Jerome awarded a Saskatchewan building contractor $140,000 in court costs and interest expenses, as well as a $150,000 settlement, after the federal public works department took a dispute over the contractor’s overtime charges all the way to the Federal Court of Canada. In his decision, Jerome said that Ottawa “should have resolved this matter soon after the completion of the contract.”

To minimize the cost of such disputes in future, the Treasury Board of Canada issued a directive last January to all other federal departments urging them to use arbitration, rather than the courts, to resolve contract disputes. The directive also gave federal bureaucrats permission to send cases to arbitration themselves, without seeking prior approval from the justice department. However, mediators and arbitrators say that one of the biggest obstacles to the spread of ADR is lawyers and the legal culture. Bonita Thompson, a Vancouver lawyer who is chairman of the Canadian Bar Association’s ADR Initiative, says that law schools still teach lawyers how to fight cases out in court rather than settle them at early stages. Many law schools are now introducing courses in ADR. But Thompson said that older lawyers steeped in traditional litigation techniques “are extremely reluctant to try something new.”

Designing procedures to counteract that mind-set is difficult. In the talks between Air Canada and PWA, Hartt met with just two executives from each airline. But those executives, in turn, consulted with their lawyers during breaks and between meetings. “You could feel their influence,” said Hartt. As is often the case in labor mediation sessions, detail-conscious lawyers often quibble with what was said during the sessions. Hartt added that anyone not in the meeting room will inevitably ask: “You agreed to what?” And until that attitude changes, resolving commercial disputes in any forum will likely tax both the patience and the wallets of Canadian business people. 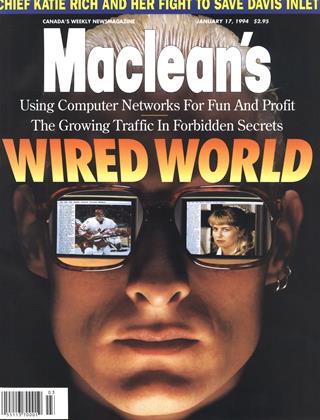