Kenneth Umpherville was a 26-year-old sergeant with the Canadian Army in 1957 when he travelled with his platoon into the desert near Las Vegas, Nev., to take part in a battlefield exercise under the shadow of a nuclear explosion. Umpherville and 40 other members of the Calgary-based Queen’s Own Rifles of Canada huddled in trenches just over a kilometre from ground zero when scientists detonated an atomic bomb. Within minutes, the troops climbed out to find the desert brush on fire and a giant orange mushroom cloud surging into

The Canadian eyes glimpsed the awe-inspiring and incredibly beautiful atomic cloud building skyward on the ever-changing kaleidoscope of color. Deep purple fades to lavender and then into creamy-white until at last it is crowned with a snowy crest of frozen vapor.

—from By Dawn’s Early Atomic Light, an account of a nuclear blast in Nevada in 1955 witnessed by Lt.-Cmdr. J. P. Keeling

the sky. At the time, says Umpherville, now a 63-year-old Calgary resident, most of the soldiers found the event exhilarating. But as they aged, their memories turned grim. Many say they developed cancerous diseases from atomic radiation. The federal government has never formally acknowledged the link between the nuclear blasts and cancer. But Umpherville, who lost half a lung to cancer in 1990, hopes to change that. He not only wants compensation; he wants the government to acknowledge that its soldiers were severely injured while representing Canada in Nevada. “The Cold War was a different kind of war,” says Umpherville. “But I’m as wounded as the guy who was shot in action.”

As Umpherville and other so-called nuclear veterans battle for compensation with Ottawa, the American government is actively seeking out people who were exposed to radiation in nuclear tests and other Cold Warera experiments. Since 1988, Washington has recognized that thousands of veterans suffer-

ing from at least 15 types of cancer are victims of open-air nuclear tests and compensated them with cash payments. In December, the U.S. energy department set up a hotline for people who believe they were exposed to radiation. More than 12,000 have already responded—the vast majority veterans and people who lived near the Nevada test sites. The government will also consider claims from hundreds of people who were deliberately poisoned with radiation by the CIA and other government agencies in Cold War experiments. But last week, Canadian officials still refused to link the veterans’ health problems to radiation. “We will continue to look at individual cases,” said department of veterans affairs spokesman Don Wilson. “Events in the United States will probably not influence decisions here.”

From 1955 to 1957, 489 Canadian soldiers marched into desert test sites in Nevada and Australia to witness atomic explosions and take part in nuclear battlefield exercises. Like Umpherville, most of the soldiers sat in

to experiment with equipment and battlefield tactics that Canadian troops would face in a possible nuclear exchange with the Soviets. Wilkinson, now 77 and retired in Toronto, says that some of the Canadian troops dug in, while others were deployed in army vehicles. Wilkinson still defends the exercises, arguing that the troops were safe because they were equipped with monitoring devices to measure how much radiation they had absorbed. ‘We didn’t have the bomb, so we had to get our experience somewhere,” said Wilkinson. “The Americans were good enough to invite us down.”

While global nuclear strategies motivated Canada’s political and military leaders, many of the ordinary soldiers had no idea why they had been sent to the desert. Taylor says he had been on manoeuvres in central Alberta when his platoon was suddenly sent to Las Vegas and a field-command centre 100

trenches less than two kilometres from the centre of the blast. ‘The flash was so brilliant, I could see the bones in my arms,” recalls Jack Taylor of Calgary, 62, who witnessed five explosions in 1957 as a corporal in the Queen’s Own Rifles. Another 367 Canadian soldiers, including 52 who had earlier witnessed nuclear explosions, were exposed to radiation in 1953 and 1958 at Chalk River, a nuclear research facility 135 km northwest of Ottawa. On both occasions, nuclear fuel rods broke open, showering radioactive material throughout the reactor building. The troops were brought in to clean it up.

At the time, however, it was the threat of the Soviet nuclear arsenal, not the potential for radiation poisoning among their own troops, that preoccupied Ottawa and Washington. Lt.-Col. Ronald Wilkinson, who witnessed an atomic test in Nevada in 1957, said that the Canadians were sent to Nevada

km away called Desert Rock. “It wasn’t until we were on a bus heading out into the desert that the driver told us what we were doing,” recalls Taylor. “But we trusted our leaders.” Like dozens of other Canadian soldiers, Taylor crouched in his trench as loudspeakers counted down the seconds to the bomb’s detonation. “The heat was intense,” he says. The mushroom cloud looked very beautiful—very, very beautiful.”

It is what happened after the atomic explosions that now seems astounding. Umpherville says that within minutes of climbing out of the trenches, the soldiers rushed to board helicopters. Soon they were flying over the epicentre of the nuclear blast.

Later, at the base camp, the soldiers used ordinary kitchen brooms to brush potentially radioactive dust and debris from their clothes and equipment. “We were simulating battlefield conditions,” says Umpherville. “Our job was to take out the enemy after the bomb had gone off.”

Other veterans exposed to the Nevada tests recall the secrecy surrounding the operation. Rupert Currie, 67, of Halifax, was one of 42 Canadians sent to Nevada in 1955 to test respirator equipment. The soldiers, he says, were ordered not to talk to anyone about where they were going, or why. In fact, Currie says the men were subjected to “a kind of brainwashing” that may have involved subliminal programming. Recalls Currie: ‘They must have had a record that played through the night. You woke up in the morning saying it to yourself: ‘What I see here, while I am here, let it stay here, when I leave here.’ And you wondered, where the hell did I hear that from?”

Currie now believes that he paid a terrible price for his visit to Nevada. About six months after returning home, he says, he started suffering from violent headaches, which continued until he began neurological treatment in 1991 to deaden nerves in his brain. He also says he suffers from hand tremors and bright flashes in his right eye. Despite his ailments, Currie never applied for compensation, and says that it is probably too late to do so. “If they were going to do something they would have done it by now,” says Currie. “I just don’t want to be a bloody guinea pig for them any more.”

Like Currie, dozens of other Canadian veterans of the nuclear tests suffered horribly. Still, the Canadian Pension Commission, which oversees pension claims by veterans, consistently refused to draw any direct link between the nuclear explosions and the veterans’ health problems. In 1980, with the help of former NDP MP Raymond Skelly, a number of Nevada veterans formed the Ottawa-based Canadian Nuclear Veterans Association to press their claims for compensation. The association’s president, Alfred Draper, a former RCAF flight sergeant who witnessed an explosion in Nevada in 1957, said that at first the department of veterans affairs refused to offer them compensation. But a breakthrough of sorts came in 1984 when Conservative MP George Hees, himself a vet-

eran of the Second World War, took over as minister of veterans affairs and ordered his officials to deal with the file. By 1986, while the pensions board still refused to accept any link between radiation exposure and cancer, it did finally offer 33 veterans disability pensions of up to $1,900 a month on what it called “compassionate grounds.” But another 11 who had applied for compensation were turned down. And according to Skelly, after Hees left the portfolio in 1987, the government again ignored the nuclear veterans. “Hees opened the door,” says Skelly. “But it closed again.”

One veteran, however, did take his case to Canada’s highest court to prove that his cancer was caused by radiation. In 1984, after an eight-year legal battle, the Supreme Court of Canada ruled that Bjamie Hannibal Paulson,

really happened to his fellow soldiers. “I’d like to know if they are having problems like mine,” he says. “If they are, they should be helped.” Umpherville, who admits that he smoked for a number of years, does not want an apology from the federal government, but he does want it to acknowledge that many of the soldiers have suffered terribly. “I want the government to admit what happened,” he says.

In the mid-1980s, the department of veterans affairs did undertake two studies to determine if the nuclear veterans were suffering from higher rates of cancer than other servicemen of their age. One study, conducted by researchers at the University of Ottawa, concluded that the veterans did not have higher rates of some types of cancer. But the study’s authors also acknowledged

75, a former RCAF corporal specializing in radioactive decontamination, had a legitimate claim. The court awarded him $21,000 back benefits and a pension that has since reached $1,283 a month. Paulson was part of a team that helped to clean up radioactive material at Chalk River in 1958. While most members of the cleanup crew were limited to four hours of radiation exposure, Paulson spent about two weeks at the site. In 1964, he developed a form of skin cancer known as basal cell carcinoma. Since then he has had 160 operations to remove the cancerous cells. “My doctors say I’m actually radioactive,” says Paulson.“I will have this all my life.”

Paulson, who now lives in Vancouver, says he was able to pursue his claim only because of the support of the Canadian Coalition for Nuclear Responsibility and sympathetic lawyers and doctors. He maintains that other veterans who received pensions on compassionate grounds in exchange for dropping all claims against the federal government had little choice. “They were bought off,” says Paulson. “The government never had to admit that these men were hurt by radiation.” Umpherville is one of at least five veterans who are carrying on the fight against the government. He is determined to find out what

that it was difficult to ascertain exactly what level of radiation individual veterans had absorbed. A companion study by Statistics Canada concluded that the nuclear veterans actually had fewer health problems than a group of similarly aged men who had suffered no exposure to radiation.

By contrast, U.S. federal law now recognizes that many nuclear veterans were devastated by radiation. Beginning in 1988, veterans who suffer from any one of 15 cancers may be considered for compensation. As of last week, the U.S. government had processed 15,369 radiation-related compensation claims, and of those, 3,868 had been granted. Most of the rest were rejected because those making them could not prove they had been stationed at specific sites where nuclear bombs were detonated. In 1990, the U.S. Congress also created a $265million trust fund to compensate civilians who lived downwind from the blasts. Of 1,460 such claims, 818 have been accepted. But Canada’s nuclear veterans are still battling for recognition of the contribution they made in the shadow of the Bomb. 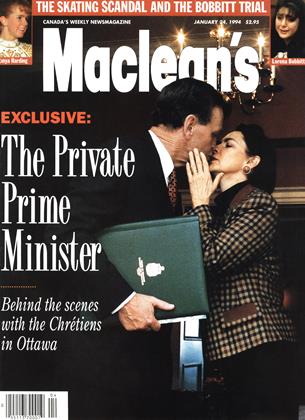