When Bertram Brockhouse woke up early last Wednesday morning at his home on Lovers Lane in the Hamilton suburb of Ancaster, there was a message on his answering machine. That was a surprise—the caller must have phoned in the middle of the night. But Brockhouse’s surprise escalated to astonishment when he played back the message: the call had been from the Royal Swedish Academy of Sciences in Stockholm, informing the 76-year-old retired scientist that he had won the 1994 Nobel Prize in physics for work he had done more than 35 years ago. “It was completely out of the blue,” Brockhouse said, “and I had no such expectation.”

‘It was completely out of the blue’

The academy, which announced the winners of six Nobel Prizes in various fields last week, said Brockhouse and 79-year-old Clifford Shull of the Massachusetts Institute of Technology in Cambridge,

Mass.—who never worked together—would share the physics award of more than $1 million for their pioneering work in the use of neutrons to study the way atoms arrange themselves and move in various solids. “In simple terms,” the academy said, “Clifford G. Shull has helped answer the question of where atoms ‘are’ and Bertram N. Brockhouse, the question of what atoms ‘do.’ ”

Their discoveries have played a role in developments ranging from ceramic superconductors to exhaust-cleaning systems employed in automobiles, and led to advances that have already earned Nobel Prizes for other investigators.

In an interview, Brockhouse said that even though nuclear physics was in its infancy in the 1940s, “I knew from the beginning that this was a field waiting to be developed.” In the years that followed, he endlessly probed the structure of crystals, liquids and other materials by showering them with neutrons given off by a nuclear reactor. The way the neutrons bounced off atoms at different velocities revealed how the atoms were

arranged, and how they moved within the structure of a substance. “In a sense,” Brockhouse said, “Shull’s work and mine were a byproduct of the nuclear power business.” Canadian scientists applauded the selection of Brockhouse, a native of Lethbridge, Alta., and a graduate of the universities of

British Columbia and Toronto. He did his early work at the Chalk River, Ont., nuclear reactor of Atomic Energy of Canada Ltd. and later taught at McMaster University in Hamilton. AECL physicist Bill Byers said Brockhouse’s discoveries were “absolutely fundamental” in the field where neutrons are used to study a broad range of materials. “Before Brockhouse’s work,” Byers said, “nobody had ever seen high-frequency sound waves at the atomic level and no one even knew they existed at that level.” Brockhouse’s legacy, said McMaster associate physics professor Bruce Gaulin, was “truly outstanding because he provided a detailed understanding of how atoms behave within

solids. His work underlies all of modem solid state physics.” Added Gaulin: “I’ve been expecting him to win a Nobel Prize for as long as I’ve been a scientist.” Brockhouse, said Rashmi Desai, associate chairman of the University of Toronto department of physics, “is a fully Canadian scientist—he was educated in Canada and the work he did was done in Canada. A 100-per-cent Canadian product won the prize.”

The award to Brockhouse is the 14th Nobel Prize received by Canadian or Canadian-born scientists. Two others were in physics, seven were in chemistry, and four in medicine. In addition, former prime minister Lester Pearson won the 1957 Nobel Peace Prize. As soon as the news of the latest Nobel Prize travelled across the country, the phones began ringing in the rambling ranch-style home behind a tall cedar hedge where Brockhouse and his wife, Doris, have lived for 31 years. Their six children include a molecular biologist, a teacher, an editor and a dentist.

The academy, Brockhouse said, “told me there would be a lot of calls and there certainly have been. I was 12 hours yesterday being interviewed, being photographed, having a news conference, having a reception. Today, there were Canada AM and the CBC. It has been quite a high, but I haven’t come to terms with the thing yet. I am elated but I’ll know better in a little while how I feel about it.”

Brockhouse said he planned to fly to Stockholm Dec. 10 to receive his prize “although I am in precarious health. I have several things under control. I have a bit of asthma. I have a heart condition and I’m supposed to have a bit of diabetes and back trouble. You name it, I’ve probably got it. Still, my health is better than it has been in a long time.” Asked by a reporter how he planned to spend the rest of last week, Brockhouse replied: “Well, that depends on people like you. I’ve enjoyed the experience but I wouldn’t want to spend my life this way.”

“We’ll try to use it well and do some good things,” he said.

Why don’t you just enjoy yourself? he was asked.

“Well,” the Nobel laureate replied, “that would be a good thing, wouldn’t it?” 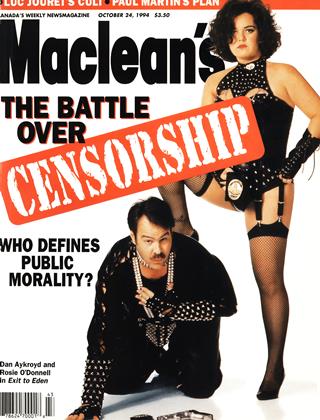