murders in Canadian history. Martin told a Northwest Territories Supreme Court jury that they will hear an audiotape on which Warren describes to police how, in the early hours of Sept. 18, 1992, he planted the bomb that killed nine miners who had defied a four-

month-old strike at Yellowknife’s Giant gold mine. They will also, said Martin, see a videotape in which Warren, who was one of 200 unionized miners on strike, takes police down the mine shaft and reconstructs his actions on that fateful night. But two days later, during cross-examination of a police witness, Warren’s lawyer, Glen Orris, signalled that he intends to challenge the veracity of the taped confessions. “The defence is that these are false, are untrue,” said Orris.

Those dramatic statements by the opposing counsel set the stage for a trial that may finally explain the tragedy that has cast a pall over Yellowknife, a city of 16,000 located on the tranquil shores of Great Slave Lake, 960 km north of Edmonton. The strike that was the backdrop for the fatal bombing tore the once close-knit community asunder. With the help of 150 replacement workers and about 40 unionized miners who crossed the picket lines, the owner of the Giant mine, Royal Oak Mines Inc., kept its business running. But that sparked an uncharacteristic spate of violence, including riots on the picket lines, death threats against replacement workers and schoolyard scraps between children of striking miners and children of those who were working.

Disunity turned into stunned disbelief almost exactly one year ago when Warren, who had worked closely with many of the bombing victims, was charged with nine counts of first-degree murder. And last week, as the Crown began to lay out its case against Warren—who has pleaded not guilty on all counts—some of the evidence was too much for the victims’ relatives to bear. At one point, the jury was shown a short videotape that revealed some of the carnage at the bomb site, including glimpses of mangled body parts. As the images began to appear, Carol Riggs, whose 27-year-old son Shane was among the victims, audibly gasped, put her hand up to shield her face and fled the courtroom. She was quickly followed by Judit Pandev, whose husband Josef, 55, was also among the dead.

In his remarks to the jury, Martin described how Warren allegedly entered the mine at about 2 a.m. after the night shift had finished working. Martin said Warren then descended to a tunnel 750 feet underground, where he placed a homemade bomb that was attached to a length of fishing line set up to be tripped by a moving mining car. According to Martin, Warren left the mine at about 6 a.m. About three hours later, a mine car tripped the line, setting off an explosion that blasted the nine men against the mine’s walls, killing them, said Martin, “in a blink of an eye.”

For the families of the dead miners, the trial is the latest chapter in a two-year-old ordeal. Pandev seemed to speak for most of them when she told Maclean’s that she could not wait for the trial to end—so that she could leave Yellowknife “and never look back.” 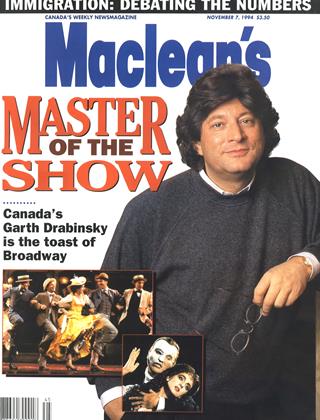