Talk about a ’60s flashback. Although the fans were older and quieter, Beatlemania made a surprising return across Canada last week. Sparked by the release of Live at the BBC, the first authorized new Beatles album in 24 years, interest in the Fab Four ran high, both on the airwaves and in the street. Hundreds of customers lined up at many record stores, anxious to buy the two-CD set, which features a bounty of previously unreleased songs. With the recording officially going on sale Tuesday morning, HMV Canada decided to release it at midnight Monday in five cities. In Montreal, early birds were thwarted by police, who shut down the HMV outlet because it was violating a provincial law governing retail hours. In Toronto, business remained brisk throughout the week at record stores on Yonge Street, where the Beatles album was outselling the other current hot item, Vitalogy by Pearl Jam. “It’s unbelievable,” says 74-year-old Sam Sniderman, owner of the Sam the Record Man chain. ‘This reminds me of the days when Beatle albums went straight off the delivery truck and into customers’ hands.”

Live at the BBC is already a hit in Britain, where it went to No. 1 on the charts four days after its Nov. 30 release. And all signs point to a similar success in North America. So far, one million copies have been shipped across the United States and more than

A new cache of tunes reignites Beatlemania across the world

100,000 in Canada. But EMI, which released the album, expects back orders will quickly double or even treble those figures. The appeal of the set lies in its digitally remastered presentation of rare Beatles material. Recorded between 1962 and 1965 for the British Broadcasting Corp.’s radio network, the collection includes 30 previously unreleased songs, 26 versions of tunes the Beatles had already recorded and excerpts from interviews the group gave to BBC announcers Alan Freeman and Brian Matthew. The whole package, according to Matthew, provides “the full flavor of what the Beatles were like in the mid-1960s, when they were raw and still immensely enthusiastic about what they were doing.” Notes Bill King, editor of the U.S. publication Beatlefan: “These are historic recordings, representing what they played as a club band before they became famous—and recorded live without all that screaming.”

Like the recent film Backbeat, which is based on the group’s embryonic years (just

before these recordings were made) in Hamburg, Germany, the new album offers a fascinating glimpse of the Beatles’ roots. Along with such well-known LennonMcCartney songs as Can’t Buy Me Love, A Hard Day’s Night and Ticket to Ride, the package showcases the band’s deep early love of American rock ’n’ roll, rhythm and blues, and country music, which shines through in their previously unreleased versions of songs including Chuck Berry’s Johnny B. Goode, Little Richard’s Lucille and Carl Perkins’s Sure to Fall (In Love with You). The influences of those and other U.S. artists can be heard in such original Beatles numbers as I Wanna Be Your Man and I’ll Be on My Way, a Lennon-McCartney composition with hints of the Everly Brothers and Buddy Holly that has never been heard before on record. Holly, in fact, had a major impact on the group. (His ballad Crying Waiting Hoping is featured.) As McCartney told Maclean’s in 1989: “We had this quasi-religious feeling about Buddy because the innocence of [his songs] reminded us of our childhood. He was a writer and a musician, which is what the Beatles became.”

Some of the songs are by more obscure artists. Lennon sings Arthur Alexander’s Soldier of Love, a syncopated, rhythm-and-blues ballad, which stands out as a potential new classic and is already getting considerable radio play. A few other numbers come out of left field. McCartney offers The Honeymoon Song, a tender movie sound-track number from the 1950s by Greek composer Theodorakis, while Lennon replies with I Just Don’t Understand, a moody waltz once sung by actress Ann-Margret. George Harrison, meanwhile, contributes several lead vocals to the collection, including yodelling his way through the rockabilly number Glad All Over. According to BBC producer Kevin Howlett, the Beatles tried to one-up rival groups back in Liverpool by learning the unknown B-sides of popular American records.

Now, Beatles fans are clamoring to get a taste of the Beatles’ eclectic early tastes and influences. Employees were having trouble keeping the new album on the shelves of Montreal’s HMV Superstore, which sold more than 500 copies on the first day. “People thought they had heard everything ever done by this group,” says general manager Bill Walker, 41, “and then this piece of gold comes out of the vaults.” For fans of the greatest pop group in history, the latest collection is an unforeseen and incomparable treasure. 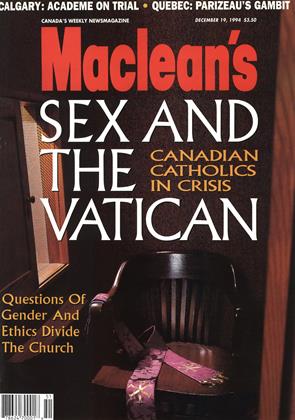