Surfing on the next wave JOE CHIDLEY April 18 1994

Being a couch potato is supposed to be easy. There is some basic equipment for the job: a television, a stereo with a compact-disc player, a VCR, probably a video-game system—and, of course, at least one remote control. But thanks to new electronics products, leisure is about to get a lot more complicated. And at the core of the home-entertainment revolution is a relatively new technology base on an innocuous-looking, five-inch silver circle that features something called compact disc read-only memory— better known as CD-ROM.

Developed by NV Philips of the Netherlands and Sony Corp. of Japan in 1985, CD-ROM is already revolutionizing the computer world. But that is only one aspect of the compact disc’s multimedia potential. A host of home-entertainment companies are now scrambling to take multimedia beyond the computer. And if those heavy-hitters have their way, the new CD-ROM technologies will make the old TV/VCR/stereo equation obsolete, radically changing the way Canadians learn and play.

Although they differ in several significant ways, the new technologies are all based on the CD-ROM. As an information storage device, it has few rivals: a single disc, which can be read with a laserequipped drive that sells for between $300 and $1,000, can store 500 times more data than a conventional floppy disc—about 250,000 pages of text. That enormous storage capacity makes possible true multimedia presentations, incorporating the written word, highquality graphics, music and even speech into everything from action games to educational programs and such reference materials as full-length encyclopedias. While the industry is still too young to be measured with any degree of certainty, the CD-ROM market is exploding. In the United States, sales of CD-ROM games, for example, are expected to increase by 120 per cent in the next 12 months.

But from a marketing perspective, computer CD-ROMs have one severe—and obvious—limitation: you need a computer to run them. There are computers in about 23 per cent of Canadian homes, and the number is growing rapidly. But many of those machines are not powerful enough to cope with CD-ROM programs, which have widely varying sound, video and memory requirements.

To fill the gap, several electronics companies have recently developed CD-ROM-based systems for use with a device that just about everybody does have: a television. Leading the pack is Philips, which in 1988 began working in conjunction with Sony to create an international standard called CD-i, short for compact disc-

interactive. The first Philips CD-i players appeared for sale in Europe about 2V2 years ago, and in North America last year. Slightly smaller than a VCR, with a five-inch disc port, audio-video plugs and a remote control, the consumer version of the CD-i machine retails in Canada for $700 and connects easily to a TV set in about five minutes. Turn on the power and insert a CD, and the interactive world pops up on the TV screen.

Philips boasts more than 1,000 programs for the CD-i, including game and educational discs, music videos, encyclopedias and movies. Among the available discs, ranging in price from $30 to more than $1,000, is The Palm Springs Open, a golf simulation game in which players, using a remote-control toggle and action button to select clubs and control the direction and power of their shots, tour 18 of the most difficult holes in the United States. The educational programs included Visit to Sesame Street—Letters, in which a child can point and click to get a rise out of Oscar the Grouch, Ernie and Bert or Big Bird—who with songs, speech and animation give lessons about the alphabet. “Gone are the days of saying, Tou can’t sit in front of the TV—go out and play,’ ” says John Dowsett, manager of market development for the interactive technologies division of Philips Electronics of Canada. “Now you can play and learn in front of the TV, and however old you are there’s something for you.”

According to Philips, about 500,000 of their CD-i players have been sold worldwide, and the company expects 1994 sales to reach

one million. One of the system’s main selling points is versatility. Along with discs specifically programmed for the format, the CD-i can play regular audio CDs and Kodak’s new Photo CD discs. But perhaps the greatest potential lies in full-motion video (FMV), which allows 72 minutes of movie footage to be stored on a single CD. Two-CD feature-length movies are now available for $35 each. Philips claims that digital video discs played on a specially equipped CD-i machine—an add-on video cartridge costs an extra $350—produce higher quality images than VHS tapes. And the CD format has inherent advantages, particularly for video rental companies: it is smaller, cheaper to produce and lasts longer than tape. In the United States, Blockbuster Video (part-owned by Philips) is already renting out CD-i machines and movies on CD.

So is CD-i the next big wave in home entertainment? Cautious consumers may want to check out rival CD-ROM-based entertainment systems, such as the one developed by Trip Hawkins, a

Redwood, Calif.-based high-tech guru. Hawkins’s system, marketed as 3DO, boasts high-speed graphics processors not found in most home computers. The result, the three-year-old company claims, is stunning graphic and sound capability. “You can play audio CDs, Photo CDs and interactive CDs,” says 3DO public relations manager Cindy McCaffrey. “This is really the kind of machine that can go in the living room and be an entertainment centre.”

Unlike Philips, 3DO does not produce its own interactive CD players or software. Instead, it has formed partnerships with several high-powered companies in the entertainment and electronics field. Telecommunications giant AT&T is actively developing network capabilities for the system; the Time Warner publishing empire is working on interactive software and providing CD-production facilities. Last October, Matsushita Electric Industrial Co. of Japan, the world’s largest consumer electronics maker, released its Panasonic FZ-1 REAL 3DO Interactive Multiplayer system o in the United States. The sys5 tern, which costs $500 (U.S.), g will be released in Canada within the next two months.

And there’s more. Lurking in the background of the home entertainment industry for more than a decade has been the laser disc, a technology promoted most heavily by Pioneer Electronic Corp. of Japan. While other companies aggressively marketed the VCR throughout the 1980s, Pioneer remained committed to laser disc players, which cost more than VCRs (typically $500 to $1,500), but provide higher quality pictures. Now, Pioneer is adding an element of interactivity to the system with LaserActive, which will be introduced to Canada this summer. The system provides multimedia effects by incorporating plug-in modules provided by Sega and NEC. Besides playing audio CDs and laser discs, the machine can combine the two donor companies’ CD-ROM and cartridge programs with exceptional sound and video background elements. The focus, says Andrew Haines, laser disc software manager for Pioneer in Canada, will be on providing programs for the entire family. Adds Haines: “There are a number of discs designed so that parents and children can spend some quality time together in an A/V experience.” The A/V experience, however, comes at a steep price: the LaserActive system currently retails in the United States for $1,200 (U.S.), and in Canada discs will cost about $180 each.

How consumers will respond to the upcoming avalanche of CD-ROM-based systems remains to be seen. But the interactive market is not about to get any simpler. Computer manufacturer Commodore has recently released its Amiga CD32 (the 32 refers to the method of data transfer) system, and the official release of Atari’s super-fast Jaguar is scheduled for June. “And really, you know, you have to look at Sega and Nintendo and Sony, and their next-generation systems, which will likely be around in 18 months or so,” says 3DO’s McCaffrey. “That’s where we see the competition.” One thing is for sure: a battle is looming for the couches and remote controls of Canadians—not to mention their pocketbooks.

Interactive CDs may be the shape of things to come, but CD-ROM discs for computers are still the hottest form of multimedia software. Canadians will spend close to $1 billion on them this year. The best-sellers tend to be general reference and educational titles, although games and soft-core pornography are taking increasingly larger shares of the market. The top five CD-ROMs in Canada, based on a random sampling of retailers in Montreal, Toronto and Vancouver:

2. Microsoft Encarta (Microsoft Corp., $189). The 1994 edition of Microsoft’s encyclopedia includes more than eight hours of digital recordings, as well as 200 natural sounds of birds and animals and more than 1,500 geographic pronunciations. Text entries, based on Funk and Wagnall, are

© Th« belt rang. The first day of school v Kids ran out of every classroom-ovory ot Room 13. Hero, the students Hied out slowly , in alphabetical order. "See you V

3. Arthur’s Teacher Troubles (Broderbund Software, $89). An educational disc for children aged 6 to 10. Arthur is a young aardvark who is nervous about an

upcoming spelling contest. Using a mouse, children can hear and see objects by clicking on them. From the company that produces the popular Where in the World is Carmen Sandiego? series.

4. Rebel Assault (LucasArts Entertainment Co., $89). A game based on the Star Wars series, with film clips and a stereo orchestral sound track. Tricky to play, but excellent high-speed

animation. Currently the best-selling CD-ROM in the United States.

5. Compton’s Interactive Encyclopedia (Compton’s, $175). Includes detailed pictorial time lines of U.S. and world history. The 1995 edition, on sale this fall, will be among the first CDROMs to incorporate a new IBM speech-recognition technology, allowing users to search for entries with voice commands. 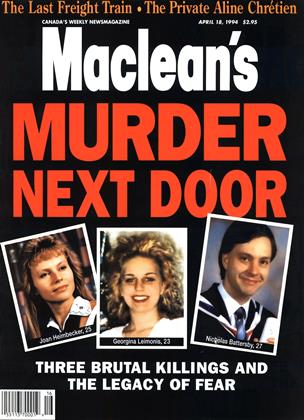