On the road with a reformer DIANE FRANCIS August 15 1994

I interviewed Mexican President Carlos Salinas last month as we travelled by helicopter from Los Pinos, the president’s official residence, to a farmers’ rally on the outskirts of Mexico City. Some 15,000 cheering campesinos waved their sombreros as we arrived. A mariachi band punctuated a series of speeches that praised die president and his agricultural reforms. Salinas spoke, too, and handed out several symbolic cheques to mark the start of a program to help small, inefficient farmers compete against the productive, mechanized farmers in Canada and the United States.

Salinas campaigns even though he cannot seek re-election under Mexico’s constitution. However, he, his party, the Institutional Revolutionary Party, known by its Spanish acronym PRI, and his policies are very much in the running. And even if his hand-picked successor loses, he has still scored an enormous victory. Single-handedly, Salinas has transformed Mexico from a dictatorial socialist country into a democracy. And the crowning event will be the fact that Mexicans will go to the polls on August 21 in what promises to be the country’s first truly clean election.

Many Mexicans remain cynical—understandable, given past shenanigans. However, independent observers like Canada’s ambassador in Mexico, David Winfield, are convinced that the safeguards are in place to virtually eliminate intimidation and electoral fraud. Even opposition party leaders I interviewed are convinced that the country’s new computerized card system and impartial voting commission will do the trick. Their only complaint is that Salinas’s successor, Ernesto Zedillo, has a staggeringly high campaign budget estimated to be as much as a million dollars each day.

But Salinas attempted to level the playing field somewhat last month when he asked the media to donate more time and space to alternate candidates. “This is the most transparent election in our history,” Salinas ex-

Mexico has profoundly changed since Salinas took over in 1988. He brought about economic reforms to clean up the country’s fiscal mess, then set about with social programs and democratic reforms. Before Salinas, the media was either government-owned or severely restrained. Journalists critical of the regime disappeared or were threatened. Newsroom censorship was commonplace. Government officials routinely bribed journalists. Even independently owned newspapers were controlled because they were only allowed to buy newsprint from the government When I first began travelling regularly to Mexico in 1990, journalists would not openly

criticize the government in public but would lower their voices to a whisper. Now, discussion is open, and newspapers publish all viewpoints. And Mexico’s nine presidential candidates participated in a televised debate that was watched by 50 million people.

Ironically, Salinas’s reforms have handed an important platform to Mexican guerrilla leader, Subcommandante Marcos, whom I also interviewed, just days before I travelled with Salinas. Marcos catapulted to world attention when he and his small army of 2,000 Mayan Indians staged a surprise attack on January 1, seizing four towns to protest against Salinas’s agricultural reforms and living conditions in the southeastern state of Chiapas. By Jan. 12, the fighting had ended and soon after, Salinas’s government offered a ceasefire agreement, a pledge to negotiate grievances and amnesty for all rebels.

Marcos is no longer a wanted man, but remains masked and hidden in a jungle area the size of Nova Scotia. About 30,000 Mexican soldiers have surrounded the region. Through carefully selected media access, Marcos now wages a war of words and casts a long shadow over the election. He routinely chastises candidates, criticizes Mexico’s systemic corruption and goads the public into taking action. Most recently, he has called for a convention of peasants to nominate different candidates and demand a transitional government. “Americans and Canadians think this is only an Indian movement, but that is a mistake,” said Marcos. “The majority of people (in my army) are Indians, but the demands are national. Mexico has a national problem of liberty, justice and democratic freedom.” Salinas has gone a long way towards addressing those problems. He has cleaned up the country’s finances and devoted half the budget to social spending, up from a fraction of that when he took office. “We have a long way to go in reversing the poverty in Mexico,” Salinas said during our helicopter ride. “But there are fewer poor today in Mexico than the day I took office. Every Thursday and Friday for five years I travelled into the country. When [Marcos’s rebellion in] Chiapas happened, many people ‘discovered’ poverty in Mexico. All those years I have been going to villages and communities to help poor people. We brought about economic reform and simultaneously had a determined social program.”

And in an incredible admission of his party’s past failure, Salinas added: “If we hadn’t worked so strongly on the social side, a movement like that led by Marcos would have erupted immediately throughout the rest of the country. But we are committed to building a democratic system, and I will hand the presidency over to whoever wins the election.” Salinas changed Mexico from inside the system. Marcos nudges along progress as very much the outsider. No matter what the election’s outcome, everybody could win. The rally completed and my interview over, I asked Salinas who he thought would win. He shot back: “Mexico will win the election. Mexico.” 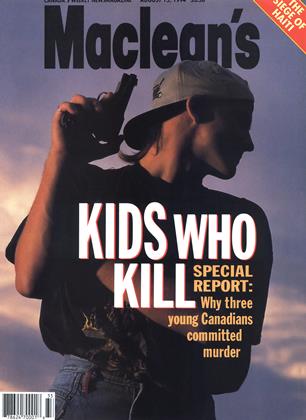