Like a recurring nightmare, the Martensville child sex abuse case continues to haunt the Saskatchewan justice system. In June, 1992, national attention was focused on the suburban community just north of Saskatoon where nine people, including five active or former police officers, were charged with 170 counts of child sexual and physical abuse. But slowly, and painfully, the Crown’s case unravelled. Ultimately, only two people were convicted: a woman who cannot be named because she was a young offender at the time, and Travis Sterling, the son of Ron and Linda Sterling, who operated the day-care centre where the abuse allegedly occurred. In May, the young offender’s conviction on a charge of sexual assault was overturned on appeal. Last week, the Saskatchewan Court of Appeal threw out six of seven sex assault convictions against Travis Sterling. “On the evidence,” wrote Justice Calvin Tallis, “many of the alleged bizarre acts did not or could not have occurred.” Tallis said the case against Sterling depended on the testimony of the young chil-

dren who said they had been abused. But he noted that the children, ranging in age from two to 12, were asked leading questions and made allegations only after being repeatedly questioned by police and parents. Following the ruling,

Ron Sterling said the entire prosecution case was a work of fiction that was planted in the pliable minds of young children. “The truth is nothing happened to any of those children in our home,” said Sterling. “It’s a figment of their imagination put there by therapists.” His son, who spent a year in jail and is now in a halfway house, would not speak to the media last week. But according to Ron Sterling,

Travis was still “very bitter, very disgusted” that he was found guilty by the same jury that acquitted his parents.

The appeal court ruling sparked renewed calls for a public inquiry into the Martensville case. Winnipeg lawyer Hersh Wolch, who

defended Travis and Ron Sterling, argues that an inquiry is the only way to get to the bottom of a case that clearly went awry. Says Wolch: “The question remains: how could so many people who appear to be absolutely innocent be given so many charges? What went wrong and how do we stop it in the future?” But as he has done in the past, Saskatchewan

last week rejected demands for a public inquiry. “It would not produce any useful results,” said Mitchell. “We don’t have the kind of gaps in our information that need to be filled in by an inquiry.”

With or without a public inquiry, it is unlikely that the Martensville case will soon fade away. Saskatoon police officer John Popowich, who had charges against him stayed, has launched a major civil suit against the Saskatchewan government, prosecutors and police. Popowich, who eventually returned to a job with the police force, is suing for malicious prosecution, breach of charter rights, conspiracy and negligence. His lawyer, Geoff Dufour, says he does not expect the civil suit to go to trial for a year. But when it does, Martensville’s bad dream will play yet again. 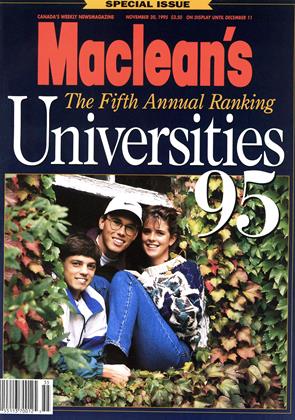