Back in the late 1960s when he published his first hockey book, Toronto author Brian McFarlane resembled a forward on a breakaway-all alone with the puck and hardly a competitor insight. Nearly three decades and

41 titles later, the 64-year-old McFarlane has a new book out, titled simply The Leafs (Stoddart, $24.95). But these days, the former Hockey Night in Canada broadcaster has found himself in the literary equivalent of a goalmouth scramble—surrounded by competitors all jostling for attention and trying to score with

readers. In recent months, there has been a flurry of books about Canada’s national sport— on everything from goaltenders to oldtimers’ hockey, and no fewer than four titles, including McFarlane’s, on the Toronto Maple Leafs. "When I started out, there were virtually no hockey books around, maybe one or two a year,” says McFarlane. “Now, somebody new is jumping on the bandwagon every year.”

Publishers large and small, mainstream and literary, have discovered that Canadians have a huge appetite for hockey books. McClelland &

the late Robertson Davies, released two last fall. Macmillan Canada, which has published some of the biggest names in CanLit, such as Alice Munro and W. 0. Mitchell, outdid everyone with four titles. ‘With hockey books, there’s a wonderful marriage between the commercial and the culturally significant,” says Kirsten Hanson, a senior editor at Macmillan and a fan of the sport. “They are important pieces of Canadiana, along with being obviously good sellers.”

The proliferation of titles has fuelled a search, among both writers and editors, for fresh angles and new ways to look at the game—with sometimes happy results. The two best books of the current crop, the Gretzky and Lemieux of the fall season, are undoubtedly The Home Team: Fathers, Sons & Hockey by Ottawa Citizen columnist Roy MacGregor and The Last Hurrah: A Celebration of Hockey’s Greatest Season ’66'67 by Toronto freelance writer Stephen Cole. Both authors chose unlikely subjects, but with excellent reporting and superior writing they have produced captivating and informative books.

MacGregor’s Home Team (Penguin, $29.99) is based on the rather slender premise that a unique emotional bond exists between many professional hockey players and their fathers. Mothers may chauffeur their sons and cheer them on, he writes, but fathers frequently serve as teachers and coaches, motivators and inspirations. MacGregor turns that idea into a compelling tale of sorrow and satisfaction by exploring a number of these relationships. For him, the story of Walter Gretzky, whom he calls the “most famous father in his coun-

try, touches both ends of the

spectrum. Gretzky watched his eldest son, Wayne, dazzle the hockey world as an Edmonton Oiler in the 1980s. But those years are now a blank for Walter because a near-fatal aneurysm in 1991 robbed him of his memory of that period. “It’s like I was asleep for 10 years,” he told MacGregor. “It’s all kind of like a dream.”

Cole’s Last Hurrah (Penguin, $28.99) is a book founded entirely on memory, namely the collective memories of baby boomers who grew up watching televised Saturday night games involving the so-called Original Six. He vividly recaptures the final season of that erabefore the NHL expanded to 12 teams in 1967—and the white-hot rivalry between the Leafs and the Montreal Canadiens, which evaporated with expansion. But he also wanders well beyond the rink and the locker-rooms to provide revealing glimpses of a country in transition.

warning their readers of the perils of psychedelic drugs and a couple of youngsters named Neil Young and Joni Mitchell were playing the coffeehouses of Toronto’s Yorkville district.

Canada may have emerged from the 1960s as a more colorful and exciting country, but for Cole and many fans of his generation, hockey had lost a vital element of its mystique with the demise of the Original Six era and its great Montreal-Toronto rivalry. As former Montreal defenceman Terry Harper told the author: ‘To me, the Leafs and Canadiens were more than just two hockey teams. It was a way of life. The Canadiens and Leafs were all that you cared about in the winter.”

While The Last Hurrah is a nostalgic romp, The John Kordic Story (Macmillan, $27.95), by Toronto Star writer Mark Zwolinski, is a grim and chilling reality check, an appropriate fable for an era of grasping owners, striking players and cantankerous agents. Kordic was a shy, moody Edmonton native with rather modest hockey skills. He played for the Canadiens, the Leafs and the Quebec Nordiques between 1985 and 1992, largely because of his awesome ability to punch the daylights out of opponents. Kordic was an enforcer and a bad boy who frequented prostitutes, used steroids and became addicted to cocaine. His big-league employers tolerated his destructive behavior until he was unfit for competition, or an embarrassment. Then, they traded him or shipped him to the minors.

Kordic was down to his last chance, an upcoming tryout with the Edmonton Oilers, when he died of cardiac arrest in a Quebec City hotel room on Aug. 8, 1992, at the age of 27. Zwolinski wisely avoids preachy generalizations about the dark side of pro hockey. By simply

telling the story, he delivers a sharp indictment of Kordic’s big-league employers and, by inference, the entire hockey establishment.

Enforcers, no matter how tough, generally make a limited contribution to a team’s success. The goaltender, however, is absolutely critical, and two new books, A Breed Apart (Penguin, $40), by Burlington, Ont., writer Douglas Hunter, and In the Crease (McClelland & Stewart, $29.99), by Montreal broadcaster Dick Irvin, deal exclusively with this often lonely, always dangerous occupation. Irvin’s book is oral history, based on interviews with retired and active goaltenders, although his introduction is full of sparkling anecdotes. Hunter has produced a more complete book with a mix of statistics, glossy photos, short chapters on the evolution of goaltending equipment, and profiles of almost two-dozen men who have played the position. “There really is no one else like them,” he concludes. “Hockey’s goaltenders are a breed apart, and always have been.”

The most worked-over story in hockey is the history of the Leafs, which has been told and retold many times. But in his book Captains (Macmillan, $27.95), Dundas, Ont.-based writer Michael Ulmer found a fresh way to look at this familiar yarn by profiling nine of the 15 players who have worn the “C” for one of hockey’s most venerable franchises. Toronto author Andrew Podnieks, in his book Return To Glory (ECW Press, $19.95), chronicles the revival of the Leafs under president and general manager Cliff Fletcher following the death of former owner Harold Ballard. Sportscaster Howard Berger produced a quickie titled On The Road (Warwick Publishing, $14.95), based on his travels with the Leafs during the strike-shortened 1994-1995 season. And McFarlane traces the history of Toronto’s NHL franchise, largely through anecdotes, from its conception as the Arenas in 1917 to the arrival of superstar Doug Gilmour in a January, 1992, trade with the Calgary Flames. “I was kind of reluctant to do this book,” he says. “I thought the story had been trampled to death. But there seems to be an insatiable appetite for Leaf books.”

For those fans with space left on their bookshelves, or time on their hands, there are two other books worthy of attention. Thunder Bay writer Charles Wilkins profiles eight former NHLers, including ex-Leaf goalie Johnny Bower and ex-Canadien speedster Yvan Cournoyer, with skill, clarity and insight in Breakaway: Hockey and the Years Beyond (McClelland & Stewart, $29.99). And Toronto-area writer-broadcaster Ted Barris has produced a warm, uplifting book in Playing Overtime: A Celebration of Oldtimers’ Hockey (Macmillan, $27.95). Barris’s tribute to the middle-aged duffers who sweat and grunt their way through oldtimer games in cold rinks, frequently at awful hours, is a valuable reminder that it takes grassroots dedication, rather than corporate sponsors and spoiled superstars, to sustain Canada’s national game. □ 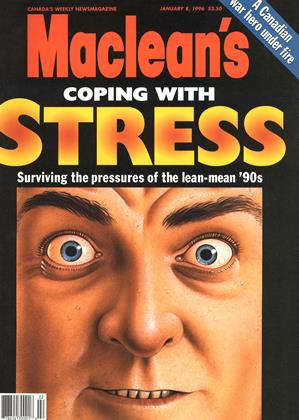