Created and performed by Ted Dykstra and Richard Greenblatt

Two baby-grand pianos face each other on an otherwise empty stage. From opposite wings appear two gentlemen in tails. They bow to the audience and take their seats behind the keyboards. But something is wrong. One of the performers (Richard Greenblatt) is trying to mouth a message to his partner (Ted Dykstra), who glares back at him. Already, the capacity audience at Toronto’s Tarragon Theatre is tittering—and another winning performance of 2 Pianos, 4 Hands is under way. The two-man play by Greenblatt and Dykstra has proven such a critical and box-office hit in Toronto that its cross-Canada tour seems destined to turn

into a triumphal march. The show will run at the Great Canadian Theatre Company in Ottawa from May 11 to June 1, and later travels to North Hatley, Que., back to the Tarragon, then on to Calgary, Saskatoon, Halifax, Winnipeg, Victoria, Regina and Montreal.

2 Pianos, 4 Hands may well be the finest two-man show Canada has produced since John Gray’s Billy Bishop Goes to War. Emotionally, it covers a range between hilarity and gut-wrenching sadness—and it does so with a wit and inventiveness that never lets up. The play tells Dykstra’s and Greenblatt’s own stories: both studied classical piano as children, both had to eventually give up their dreams of becoming concert

pianists. 2 Pianos, 4 Hands follows them from their early years of agonizing through scales to their final, catastrophic confrontation with the limits of their ambition and talent. And there is lots of music on the way. The two performers may not be professional musicians (Greenblatt is primarily a theatre director, Dykstra is an actor who recently drew raves as Cousin Kevin in the Toronto production of Tommy), but both play the piano extremely well. The show floats by on a medley of classics from Bach to Chopin, as well as many popular hits, including the inevitable Heart and Soul by Hoagy Carmichael.

And though that it has just two actors, 2 Pianos, 4 Hands is crammed with variety. The seamlessly interwoven scenes throw up several oddball piano teachers, as well as assorted parents and old Ed McFetridge (Dykstra), the comically sleepy emcee of an annual Kiwanis music festival. Both actors accomplish their transformations into other roles without the help of props or costume changes. But what is thrilling is not just the consummate impersonations of Dykstra and Greenblatt, but the quickness with which their audience follows their changes. Like all the best live theatre, 2 Pianos, 4 Hands generates a vigorous, imaginative partnership across the footlights.

At its deepest levels, the show explores the pain and effort required to pass on cultural knowledge from one generation to another, and it asks a very important question about whether the quest is worth it. The play’s moving finale suggests an answer. Ted and Richard—now in their mid-30s, and pretty much resigned to their failure to become keyboard stars—play their way through the first movement of Bach’s D minor Piano Concerto. And as the haunting strains of the piece fill the theatre, it becomes clear that their struggles—which, in a sense, are the struggles of everyone who has ever tried to learn an art or a sport—have borne splendid fruit. They are in deep connection with the currents of great art, and that, suggests 2 Pianos, 4 Hands, is a solace beyond price. 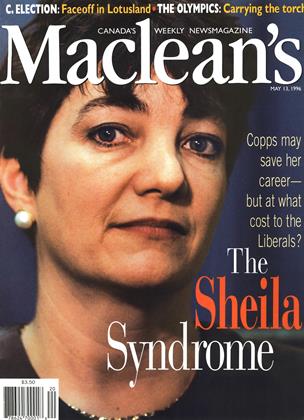