In the rare instances that American film-makers take a wide-angle view of their country’s racial landscape, they tend to present either an ethnic battle zone or a place of tribal solitudes. Not John Sayles. In movies such as The Brother from Another Planet, Passion Fish and, now, Lone Star, the writer-director pursues an interest in how disparate people connect—how, despite a climate of mistrust, they touch each others’ lives, sometimes intimately. That alone makes Lone Star fascinating. But in his latest film, Sayles does much more than explore the complicated relations among Hispanics, whites and blacks in a fictional Texas border town called Frontera. Lone Star casts an irresistible narrative spell from its first moments, when a human skeleton is discovered in the desert. The movie fleshes out the bones of that mystery by exposing the secret lives of several characters, particularly another lawman beloved by townsfolk but despised by his son.

Conaughey). When forensic experts determine that the skeleton belonged to the corrupt Charley Wade (Kris Kristofferson), Sam becomes convinced that his father was the murderer. As events from four decades earlier are depicted in flashbacks, it becomes clear that Wade’s murder was a pivotal point of intersection for Frontera’s diverse communities.

Sam’s investigation also becomes an exercise in personal archeology. He discovers more than a few skeletons in his father’s closet. And he renews his acquaintance with Pilar (Elizabeth Peña), his teenage sweetheart, now a highschool history teacher in Frontera.

As portrayed by the understated Cooper and Peña, Sam and Pilar are richly human and affecting. But Sayles also tosses some well-realized supporting characters into the mix, including Pilar’s mother, Mercedes (Miriam Colon), a successful restaurateur who came to Texas from Mexico illegally 40 years earlier but now disparages her former countrymen as “wetbacks.” Although focused on a small town, Lone Star paints a vast, detailed social canvas. And it tells a damn good story. 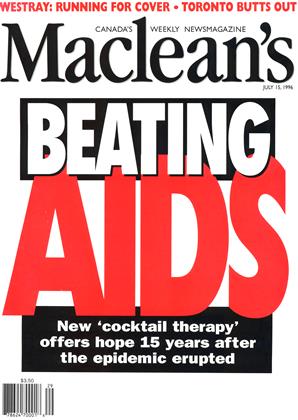