Heads turn as a laughing Terri Clark strides into the Toronto restaurant—not surprising since, even if she wasn’t recognizable from several heavily played music videos, the striking singer would still stand out because of her height—almost six feet—and her cowboy hat, T-shirt, jeans and fancy cowboy boots. The Montreal-born, Medicine Hat, Alta.-raised Clark knows a thing or two about boots, since she had a job selling them in Nashville, Tenn., during the seven long years it took her to get a recording deal. These days, though, as one of country music’s hottest new stars, she does not have to just dream about buying them; with an endorsement from Justin Boots, she gets them free. “It’s strange that when you need things, you don’t have them,” says the 28-year-old singer, “and when you can buy them, that’s when everyone’s giving them to you.”

Such ironies are just part of what Clark is dealing with now that she is part of the Canadian invasion of Nashville, along with Alberta native Paul Brandt and trailblazer Shania Twain. Her second album, Just The Same, has already gone gold in Canada, selling more than 50,000 copies since its release in early November, while her countrified version of Warren Zevon’s Poor, Poor Pitiful Me is a Top 10 single and her self-titled debut from just a year ago has sold in excess of 100,000 copies in Canada and more than half a million in the United States. Awards from country music associations in both countries, TV appearances, a hectic touring schedule, recognition from country stars she used to sell boots to—these things can be overwhelming when they happen suddenly. But Clark’s years of singing for her supper in Nashville dives have helped her maintain her perspective. “I feel very lucky right now,” she says, “but it’s very important that I try and keep my feet on the ground. I think that the hard knocks and the years of struggling only make you a stronger person, and that strength comes out in my music.”

Clark’s fascination with country music started early: her grandparents were singers who opened Montreal shows for such major acts as George Jones, and she began writing

songs and dreaming of Nashville when she was still a teenager. “I listened to Reba McEntire and Ricky Skaggs and The Judds, and that’s where I felt I needed to go, so that’s where I went,” she recalls. “I wrote my first really good song when I was 18, and then I got together with other writers and spent the next however many years co-writing until I got a writing deal.”

The recording deal took a little longer, but Clark does not regret the time she spent working on her music in relative obscurity. “It made me a better singer, a better songwriter,” she says. “It gave me a lot more time to prepare for making an album, so the music was a little better than it would have been if I had got a deal five years ago.”

Of course, five years ago Nashville had not yet embraced Canadian talent. “There was a stigma attached to Canadian country music,” explains Clark. “If you were Canadian you couldn’t make it in the States. Acts like Shania Twain have helped to break that stereotype, and they’re really open now down there. Saying you’re Canadian isn’t something to hide any more; it’s something to be proud of.”

becomes increasingly difficult to distinguish from pop, it may be that not sounding southern is the key to major success. “Paul Brandt and Terri and Shania are all of this generation who were influenced as much by The Rolling Stones as by Merle Haggard,” says Cliff Dumas, morning host at Toronto new-country radio station CISSFM. “And that hybrid has captured a whole new audience. Canadian country music is more folk-based than country music in the U.S. Paul Brandt, for instance, doesn’t have that stereotypical twang in his voice, and that makes him more palatable to a wider audience.”

Clark, who picked up a bit of a southern twang during her years in Nashville, makes music that leans towards the classic ’80s country sound of McEntire and The Judds, rather than the pop sound of new country artists. “It may be a little more traditional than some females are doing,” she says, “but not so much that it’s barroom honkytonk music. Country music boundaries are fuzzy now, and that keeps the format from get ting boring.”

Interestingly, while Clark’s music is not pushing any boundaries, her cowboy hat and T-shirt look—standard issue for male country singers— is positively rebellious for a woman. “Isn’t that strange?” she asks with a laugh. “I get asked all the time why I wear a hat, and I say, ‘Well, have you asked [country singer] Clay Walker why he wears a hat?’ I mean, if I saw a guy wearing a dress, I would ask why he was wearing it! I’m definitely breaking a stereotype, but I don’t think this is as extreme.”

Nashville has always been a notoriously conservative town, a place where women are supposed to have big hair and wear dresses and high heels. But Clark’s look— whether it is as unaffected as she claims or just a very clever marketing strategy—if certainly not hurting her sales. “I went into the label dressed like this from the get-go and nobody wanted to change it,” she says. “The marketing people saw the potential— they knew nobody else was doing this, sc why hire an image consultant to make mt look like everybody else? I just wouldn’t bt comfortable in those high heels all the time I can’t walk in them, and I don’t want to bt eight feet tall!” But whether she’s wearing high heels or cowboy boots, Terri Clark if definitely riding high. 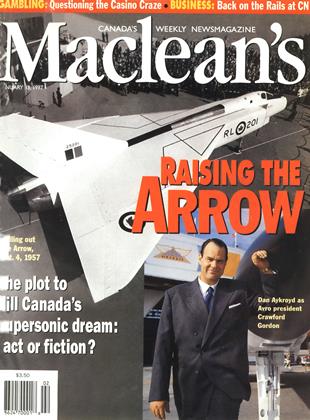